Pres. Obama just signed a trade deal with China but the tensions between whites and Asians is a lost but critical chapter in American history. A century ago, before the forthright and explicit racial challenge to white supremacy posed by The Most Honorable Elijah Muhammad, whites spoke openly and aggressively about their undying belief in white world dominance. They saw the “Yellow Menace” as a main threat to their aims and mounted a hateful and mainstream legislative and media campaign to exclude Asians from America. Jews—believe it or not—became the leaders of this anti-Asian movement, which has been exposed most fully in The Secret Relationship Between Blacks and Jews, Vol. 2  in a chapter titled “The Jewish Onslaught Against ‘John Chinaman’.” [An excellent article on this subject by Tingba Muhammad: WHEN THE JEWS ATTACKED THE ASIANS.]

The article posted here is from a Hearst newspaper in Atlanta and appeared as an editorial on June 22, 1913 [PDF version: AntiAsianEditorial.AG.6.22.13p9]. It is critical for Blacks to understand that the “threat” to the Jewish white man is not our Blackness or Yellowness, but our INTELLIGENCE! Just look at the featured text in the box below the illustration. They fear “the invasion of fifty millions of Intelligent Brown Men,” that are not seeking integration but independence and self-governance. It is when The Most Honorable Elijah Muhammad opened relationships with the Asians that the white man had to act. This Hearst editorial is a great window into the mind of white America before Elijah Muhammad forced them to come another way. 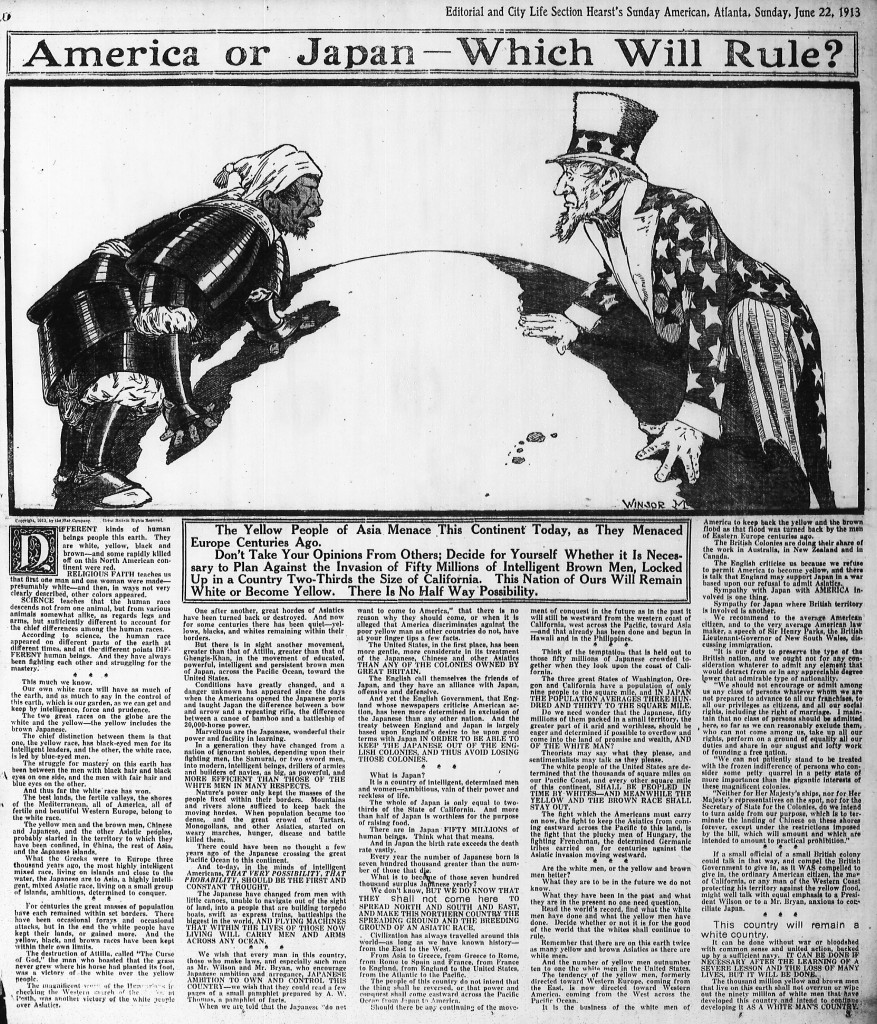