While reading the news reports that revolutionary Islamic leaders Gerald Perreira and Imam Abu Bakr were blocked from entry into Jamaica to meet with the Honorable Minister Louis Farrakhan several thoughts came to mind.

First of all I reflected on how Minister Farrakhan has a long history of working to produce the unity of all Blacks in the diaspora, powerfully articulating it as the ultimate solution to the lingering effects of colonialism and imperialism.    Caribbean critics of the Minister charged that he is divisive, yet his history paints a picture of him a great unifier. Careful observation of the alleged divisiveness of Minister Farrakhan will reveal that it is only those who seek to maintain the status quo of Caribbean weakness and subjugation to the governments of Europe and America that make this charge.

The Bible says in Hebrews 4:12 that the word of God is divisive.

“For the word of God is alive and active. Sharper than any double-edged sword, it penetrates even to dividing soul and spirit, joints and marrow; it judges the thoughts and attitudes of the heart.”

And since Minister Farrakhan’s message is really just the word of God applied to the problem of Black suffering, it is no wonder that the oppressors of Black people falsely label him as divisive.

I then thought about who could give the orders to prevent Minister Farrakhan from meeting with these strong Black Islamic Caribbean leaders. It was then I remembered an account provided by Minister Farrakhan about some of his early global travels particularly to Africa. He went to Nigeria in 1986 in the aftermath of Nigeria joining the OIC. The Minister had prepared to encourage unity and tolerance between the dueling Islamic and Christian majorities of Nigeria. But the Minister was not permitted to speak. His aides were met at the place where his speech was to be held by armed military personnel who threatened to shoot them if they proceeded to enter the facility. It was later disclosed to the Minister that the U.S. State Department had circulated false propaganda against the Minister that falsely claimed he was a communist who was in league with Russian and global communist leaders and that he had come to stir up trouble in Africa.

During this same global tour, U.S. Attorney Edwin Meese said that Minister Farrakhan “should be prosecuted” if he traveled to meet with another strong Black Islamic leader-the patron saint of Africa- Muammar Ghaddafi in Libya. The Minister had condemned then President Ronald Reagan’s travel ban to Libya. The Minister’s plans to meet with the Libyan leader were not borne out of any outlaw tendencies within his character. Instead it was the Minister’s commitment to the higher principles of his faith in the religion of Islam, specifically the principle of ummah or the universal community and brotherhood of all Muslims. The Holy Qur’an makes this principle clear in the following words of Surah/Chapter 49 ayat/verse number 10.

“The believers are brethren so make peace between your brethren, and keep your duty to Allah that mercy may be had on you.”

The Minister’s profound commitment to the idea and principle of unity and reconciliation has been noted by the brilliant and renowned Muslim scholar Dr. Aminah McCloud, who wrote of the Minister,

“When Farrakhan visits leaders in Iran or Libya, an uniformed observer might see only that the Minister is willfully consorting with America’s enemies, rather than recognizing the visit as an expression of his commitment to ummah…

In the same way that the five-times-daily prayers erase one set of class and gender issues, the notion of ummah obscures nation-state borders. This detail is critical in beginning to place some of Farrakhan’s thoughts and actions within a larger Islamic context. For instance, by his continual condemnation of neocolonialism on the African continent and in the Caribbean, Louis Farrakhan demonstrates an understanding of the notion of ummah, however unorthodox his methods of expressing this understanding.”

But America and the western powers in general have always feared the power of Islam among Africans and the Blacks of the diaspora. 20th century eugenicist and Harvard scholar Lothrop Stoddard makes a striking assessment within his book The Rising Tide of Color against White World Supremacy. Stoddard wrote this tome to warn the Caucasian world powers of the erosion of their global influence due to an awakening among Black Africa, Brown Arabia and India and Yellow China and Japan. Stoddard, therefore in the early 1900s is the “white man’s watchman on the wall.” He laments on page 97

“Certainly, all white men, whether professing Christians or not, should welcome the success of [Christian] missionary efforts in Africa. …all Negroes will someday be either Christians or Moslems. In so far as he is Christianized, the Negro’s savage instincts will be restrained and he will be disposed to acquiesce in white tutelage. In so far as he is Islamized, the Negro’s warlike propensities will be inflamed, and he will be used as the tool of Arab Pan-Islamism seeking to drive the white man from Africa and make the continent its very own.” 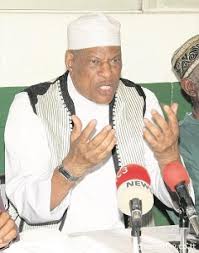 Stoddard’s boldness in sounding the alarm to alert the global Caucasian and European minority of the awakening of the global Black, Brown and Yellow majority generated another thought as I reflected over the moves to thwart Minister Farrakhan’s meeting with strong Black Islamic Caribbean leaders.

This thought was of the Holy Qur’an and what it describes as Pharaoh’s fear that Moses and Aaron would change the religion of the enslaved Children of Israel who were under his oppressive rule. In Surah 40 ayat 26, the Holy Qur’an reads:

“And Pharaoh said: Leave me to slay Moses and let him call upon his Lord. Surely I fear that he will change your religion or that he will make mischief to appear in the land.” 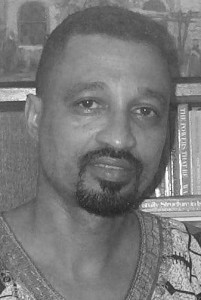 Pharaoh feared Moses would change the religion of the Children of Israel and based on this fear, he desired to kill Moses. The fact that murder was in Pharaoh’s mind for Moses leads us to believe that what Pharaoh feared was not what we commonly consider as religion being the rather innocuous rituals, rites, ceremonies, and dogmas of a particular faith.

If the modern Pharaoh’s , which include the American government and the European colonizers of Africa, are studied, it is clear that their fear and response to Islam-with its strong Black nationalist leaders- is the equivalent of Pharaoh’s fears found written of in the Holy Qur’an.

The skillful prohibition of the meeting with the Honorable Minister Louis Farrakhan, Imam Abu Bakr of Trinidad and Brother Gerald Perreira of Guyana by Jamaican authorities was a reaction to the fear that Black Nationalism and Islam might become popular throughout the Caribbean islands. For it was the Caribbean Islands, that gave birth to many Black revolutionaries in history. And as the Minister pointed out in his speech, the Caribbean is located in a strategically critical area of the globe, being a neighboring region to Cuba, Central and South America and the United States. It is not hard to imagine America and Europe would want to prevent the birth and popularity of Black Islamic Nationalism in such an area, where the Caribbean islands might draw strength and mentorship from revolutionary pioneer Fidel Castro and the island nation of Cuba. Islam in the Caribbean could one day be like Socialism in Cuba. And America as the leading power in the Western Hemisphere is poised to fight the Eastern Hemisphere’s most dominant religion from establishing a beach head in its backyard.

But again the fear is not of the tenets of Islam or its classical “5 Pillars.” It is a fear of the effect that Islam has historically had on improving the condition of Blacks who were under oppression and giving them power to develop and control their own economies-economies based on harnessing the wealth and treasure of the natural resources buried within the land. 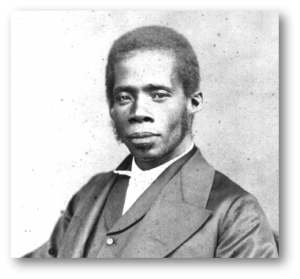 According to Caribbean writer E while writing in his book Christianity, Islam and the Negro Race, Islam produces unity and economic independence:

“Mohammedanism (Islam) in Africa counts in its ranks the most energetic and enterprising tribes. It claims as adherents the only people who have any form of civil polity or bond of social organization…It produces and controls the most valuable commerce between Africa and foreign countries….there are numerous Negro Mohammedan(Islamic) communities and states in Africa which are self-reliant, productive, independent, and dominant, supporting, without the countenance or patronage of the parent country, Arabia,…”

Therefore it is clear that a Caribbean region with strong Muslim beachhead would do today what it did in Africa during Blyden’s time and that is produce an economic shift in power. And the Minister’s Jamaica message highlighted the need and value of economic strength and independence. According to Minister Farrakhan:

“The unity of the Caribbean region could produce enough wealth to develop industries out of the resources that are here. And instead of sending what you naturally produce, like bauxite, somewhere else to be turned into aluminum and then sold back to you at exorbitant prices, you could turn your own resource into its final product and be the seller of it throughout the world.”

Demetric Muhammad can be reached at www.researchminister.com