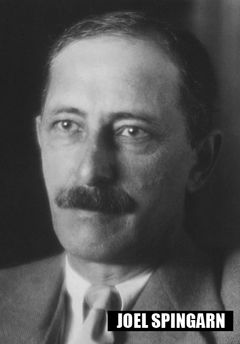 Abraham Foxman’s (and now Jonathan Greenblatt’s) Anti-Defamation League of B’nai B’rith (ADL) was not the first Jewish organization to spy on Black people and Black organizations. Joel E. Spingarn (1875-1939) was the first chairman of the board of directors of the NAACP and he held that position for many years. The coveted Spingarn Medal,  given yearly by the NAACP, was established by him in 1914.

But Blacks may wish to rethink accepting the Spingarn Medal from now on. Spingarn was a spy for the United States Army, which was focused on destroying Black progress in America. Spingarn was hired in May of 1918 and given the rank of major in the Military  Intelligence Division (MID). Spingarn ran “a small unit of undercover agents” who were looking for “proof of  subversion.” The MID opened 100,000 pieces of mail a week and monitored Black publications. According to the Memphis Commercial Appeal: “The documents  show Spingarn, who remained NAACP chairman during his tenure at MID, used his post to obtain critical information for MID, such as a list of the organization’s 32,000 members.”

With this knowledge it is much easier to see how under Spingarn the NAACP became the greatest enemy of progressive Black organizations. Spingarn’s NAACP actually mounted a vicious attack against the Universal Negro Improvement Association (UNIA) led by the Hon. Marcus M. Garvey. At the time, the UNIA was the largest and strongest Black organization in American history. The NAACP campaigned using the slogan “GARVEY MUST GO” through the pages of its CRISIS magazine, and it petitioned the US government to prosecute and deport Garvey!

Of course, the real reason behind the attack was that Garvey’s strong stance on BLACK ECONOMIC INDEPENDENCE interfered with the Jewish control over the Black dollar. Jewish merchants were ubiquitous in ALL the Black neighborhoods of the major Northern cities, and they had a network of stores throughout the cotton South (like Neiman-Marcus, Sears-Roebuck, Zales, Rich’s, and thousands of smaller stores). Garvey was attacked for his “anti-Semitism” for simply wanting to establish an economic foundation for Black progress.

SOUND FAMILIAR? It should. FARRAKHAN has been targeted by Jews for the last 30 years for THE VERY SAME REASON.

Joel Spingarn, a Jew, successfully engineered this black-on-black fratricide from the chairmanship of a “Black organization” set up by Jews. And THIS Jewish economic interest is why Jews like Joel Spingarn (and the ADL) get involved and manipulate simple-minded, frightened negro leaders and push them to target ECONOMICALLY FOCUSED organizations like the Nation of Islam.

We shall overcome—as soon as we wake up!

READ MORE about the Jewish dependence on Black dollars in THE SECRET RELATIONSHIP BETWEEN BLACKS & JEWS, Vol. 2. 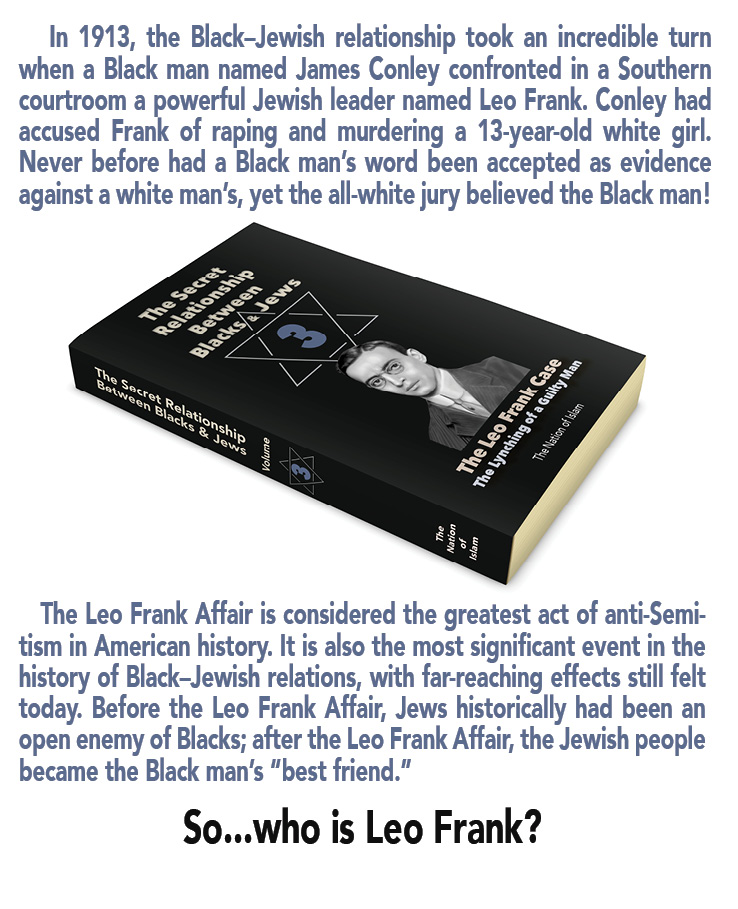