I enjoyed this book until around page 155. Up until then the book read like a mystery novel as it vividly described the murder of a 13-year-old white girl, Mary Phagan, in a pencil factory in Atlanta, Ga., in 1913. It went into detail how her boss, Leo Frank, killed her and then tried to set up two Black men for his crime. First he pointed the finger at Newt Lee. But when it was clear that he could not pin it on the night watchman, Leo Frank moved to set up James Conley, the factory janitor. 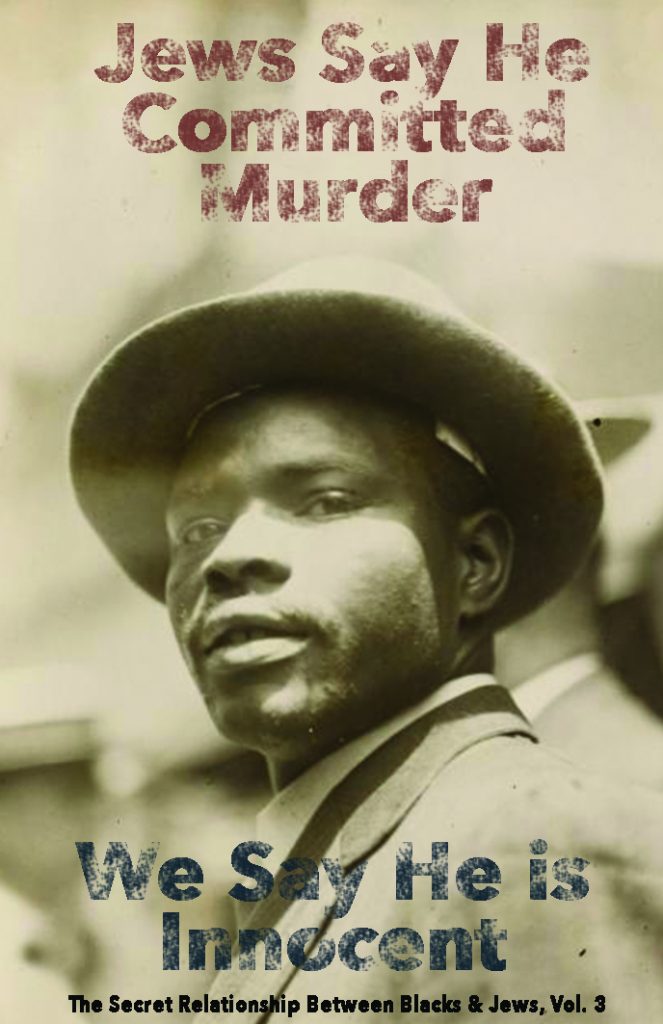 James “Jim” Conley, the man who has been accused of murder has now been vindicated in the latest research work by the Nation of Islam.

Newt Lee and James Conley defended themselves like real men in the face of white people who were ready to hang a Black man for committing what Leo Frank’s defense lawyers called a “negro crime,” namely, raping and murdering a white girl. If this book did nothing else but to highlight the courage and integrity of these two Black men, you would have gotten your money’s worth. However, starting on page 155, under the heading of “Injecting Anti-Semitism into the Trial: The Brent-Kendley Affair,” this book got really interesting. From here on out I could hardly put the book down, because it allowed me to look into the minds of crooked deceivers as they were planning and working out their deceitful agenda. As this phase of the behind-the-scenes story is unfolded, one can appreciate the hard work necessary to document facts that Jewish apologists would want kept hidden. In this book the “hidden hand” is exposed.

The two previous volumes of The Secret Relationship Between Blacks and Jews meticulously documented how the Jews were heavily involved in the slave trade and then later were the major beneficiaries of the cotton sharecropping system, which they helped to establish. Of course, some could argue that it was only “some” Jews that were involved, but not all. But in volume three we get a chance to see the two-faced nature of the very Jews who Black people consider friends and founders of the NAACP and the civil rights movement in general. We get a chance to see how men like attorney Louis Marshall, Rabbi Stephen Wise, and banker Jacob Schiff could sit on the board of the NAACP pushing for “non-economic liberalism” and yet still argue that in Atlanta, Ga., it was an act of “Anti-Semitism” for a judge and jury to accept the testimony of a Black man against a white man. So their economic strategy is veiled behind a legal argument: the Black man down South was to continue to be a second-class citizen with no legal rights, while the NAACP would make life seem more liberal up North. Run the Blacks off the farms controlled by Jewish merchants down South and into the northern factories of their Jewish cousins. 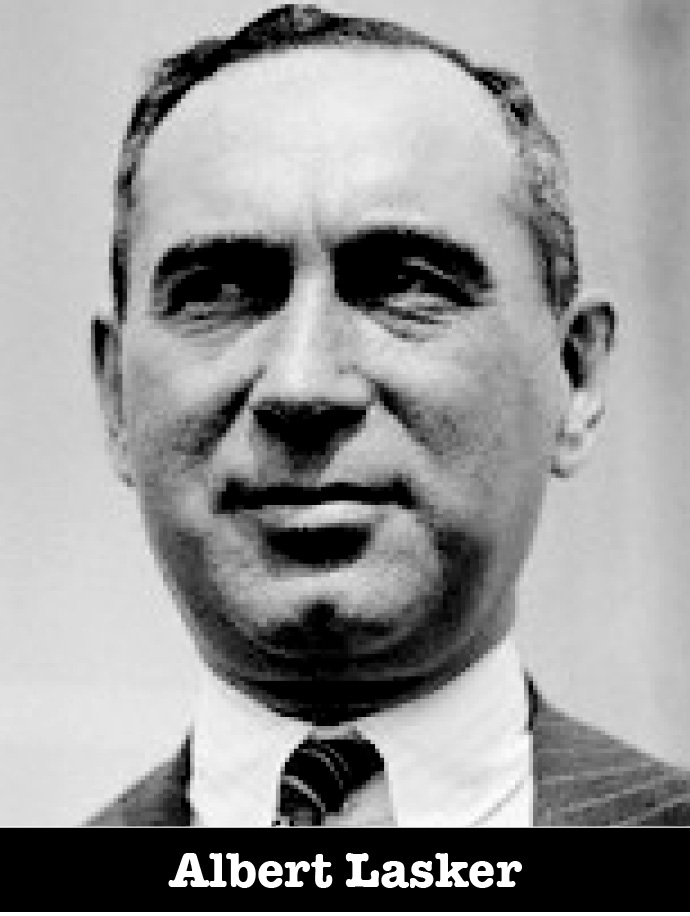 One of the memorable portions of the book centers on the lies that were formulated by strategist Albert Lasker in his sustained public relations campaign to produce anti-Semitism where there was none—all to acquit a man that he could not stand. On first visiting with Leo Frank, Lasker said:

It was very hard for us to be fair to him, he [Leo Frank] impressed us a sexual pervert. Now, he may not have been—or rather a homeosexual [sic] or something like that…. “Well, I hope he [Frank] gets out…and when he gets out I hope he slips on a banana peel and breaks his neck.”

Lasker and Marshall were successful at getting Frank’s sentence commuted from death to life imprisonment, but then Frank was lynched; however, it seemed as if the Jews, including his wife, did not want to track down the murderers of Leo Frank. Why? Now Leo Frank is a martyr for anti-Semitism, with his lynching inspiring the establishment of the ADL, whose job is to label as an anti-Semite anyone who points out the wrongs done by Jews. I would call the Leo Frank case an investment that continues to pay. 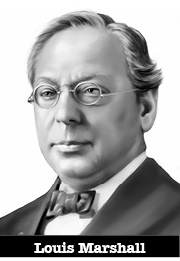 Leo Frank was not the first Jew to go on trial for rape and murder, but his case came at an opportune moment in history as the economic fate of America was being secretly locked in place by conspirators on Jekyll Island, Ga. The product produced in these secret gatherings of northern bankers and industrialists was codified in the Federal Reserve System.

The Federal Reserve System Bill was passed and signed in 1913 as a result of the lobbying of Jacob Schiff and Louis Marshall, who needed air cover for the wise politician who could see the paper trail of the Federal Reserve System leading back to some Jewish bankers. Anyone who would dare call the Jews “bloodsuckers of the poor” could then be labeled an anti-Semite while these same Jews continued to drain the wealth of America. Black people were used as pawns in this masterful game of shifting the attention of the American people away from bankers like Jacob Schiff.

This book was a good read with so many interesting bits of history that when coupled with an overall view of what was happening in America at the same time, it allows one to see the hidden hand revealed as a minority of skilled and wealthy human manipulators lured Americans—Black and white—into their economic trap. These Jews smiled in our face while at the same time set up systems to exploit our race.

There are many lessons to be gained by reading this book, but there was one lesson that struck me as a verification of Minister Farrakhan’s call for “atonement” as a method of relieving ourselves of the psychological burden of mistakes made. We cannot get out until we get over the wrongs that we have done to ourselves, so we can muster the strength to overcome our lack of power. James Conley was set up by his boss, Leo Frank, to take the fall. Mr. Conley was ordered by Mr. Frank to help him move the body of the dead girl and to write down some notes dictated by Mr. Frank that were later used in court to implicate Mr. Conley.

The defense team for Mr. Frank had planned to destroy the credibility of Mr. Conley’s testimony by making Mr. Conley break down under an unprecedented 16 hours of badgering by one of the most skilled courtroom lawyers in the South. Leo Frank’s expensive defense team was hoping for a “Perry Mason moment,” when Mr. Conley was supposed to break down, start crying, and then burst out, “Yeh, I raped that girl and then strangled her!” However, that moment never came. Instead, Mr. Conley stuck to his story so seamlessly and tenaciously that the southern all-white-male jury believed Mr. Conley, a Black man, and not Mr. Frank, a white man.

Here are Mr. Conley’s words as he realized that he had been tricked and set up by Mr. Frank, his boss, whom he had taken to be a “friend”:

I know I will be either hanged or get a life sentence, but I am prepared to take my medicine. I wrote the notes and I helped carry the body to the basement, and I know they can punish me for that. When the judge calls me up before him I am going to ask him not to ask me any questions, but to simply sentence me. If it’s to hang, I’ll stick to my story; and if it’s life imprisonment, there’ll be no change. It makes no difference what the sentence is, I’ll have nothing to add and nothing to take away from the statement I made to the detectives…

Mr. Conley only served one year in jail as an accomplice-after-the-fact. Mr. Frank was sentenced to hang by the neck until dead.

As Black people we have been led down the wrong trail of integration and non-economic liberalism by our Jewish “friends.” This book on the Leo Frank case shows us, up close and personal, without a doubt that powerful Jews who were leading us were at the same time using us to fool white people that the Jews were as white and American as any Gentile. Can we take a lesson from Mr. Conley and take our “medicine”—and leave our hypocritical “friends” to go to the hell that they have prepared for us? 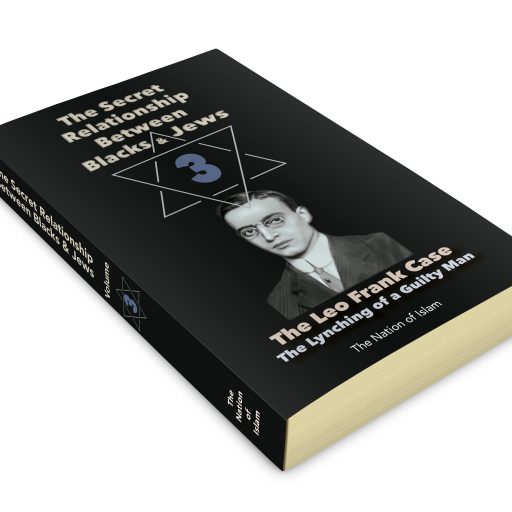 (Dr. Ridgely A. Mu’min Muhammad, Ph.D., is an Agricultural Economist and member of the Nation of Islam Research Group. Visit them online at https://noirg.org and join the conversation on FaceBook.com/NOIResearch and Twitter @ NOIResearch.)