Fox News character Sean Hannity is pushing an idea that the Honorable Minister Louis Farrakhan should be arrested for inciting a riot. In this way Mr. Hannity continues to “out” himself as one of the chief media enemies of the Black community. 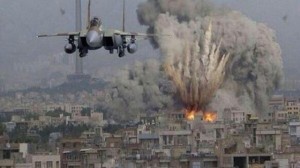 While listening to this emblem of yellow journalism, I thought to myself, if Mr. Hannity cared anything about the enforcement of law and justice, why didn’t he ask for the arrest of some the world’s major war criminals like Benjamin Netanyahu. Mr. Netanyahu’s vicious war against the Palestinians has literally torn up Gaza. In the most recent Palestinian-Israeli conflict, Israel killed 2139 Palestinians (490 children) compared to only 71 Israelis. And while Mr. Netanyahu was giving the order to bomb hospitals and schools, Mr. Hannity and FOX News sought to present every kind of justification for Israel’s crimes against humanity.

If Mr. Hannity were so interested in preventing rioting and violence, he wouldn’t be encouraging the arrest of the Honorable Minister Louis Farrakhan. Minister Farrakhan is a man widely viewed as a peacemaker. In 1996, Philadelphia Mayor Edwin Rendel petitioned Minister Farrakhan to come to Philadelphia to prevent a potential race war within that city. And throughout the years Minister Farrakhan has helped rival gangs resolve their disputes as well as settled various “beefs” in the hip-hop world. The Minister’s record is clear: he has made peace-making and conflict resolution fundamental components of his mission to awaken, resurrect, and restore the Black community.

No! If Mr. Hannity were so concerned about what is taking place in the streets of many of America’s major cities, he would address the root causes of the riots. There is no fireman who has to put out a fire that doesn’t want to know what caused the fire. And if it happens that his training and skill detect the possibility for fire, he does all that is within his power to prevent the fire from taking place. In other words he changes the conditions in the environment that make the threat of fire possible. 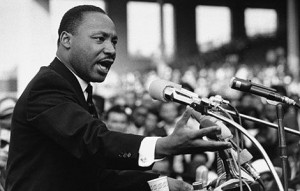 This is how the great Dr. Martin Luther King Jr. responded to rioting in the 1960s. He boldy declared in his penetrating 1967 work The Crisis In American Cities:

Let us say it boldly if the total slum violations of law by the white man over the years were calculated and were compared with the law breaking of a few days of riots, the hardened criminal would be the white man.

Dr. King was honestly and forthrightly exposing the root cause of what he described as the Black man’s “derivative crimes,” which are “born of the greater crimes of the white society.”

If Mr. Hannity were a good, conscientious, solution-oriented American, he would be demanding that the murderers of Michael Brown, Eric Garner, and Tamir Rice be arrested and indicted for their crimes. It is clear that it is their unrepentant actions that have awakened the sleeping giant of Black youth and those of other races and ethnicities who join them as brothers and sisters in the struggle for justice as they boldly proclaim that Black Lives Matter!

Mr. Hannity is so outrageous that responding to him is almost pointless. But as a Black man, I take very seriously any and all calls for Minister Farrakhan’s arrest and detainment. Minister Farrakhan has been called “the only leader” in the Black community by the powerful Jewish Anti-Defamation League (ADL). ADL leader Abraham Foxman’s conclusion results from many years of working to foil The Minister to no avail. As “the only leader” who has not been compromised, Minister Farrakhan is in the crosshairs of all who want the destruction of the Black community.   So it is in the best interest of all Black people to rally to his defense and aid whenever he is besmirched, harangued, lied on, evil spoken of, or misrepresented. For in America there is a documented history of the assassination of our heroes and heroines. And what facilitates the physical assassination of great Black men and women–the champions of our liberation–is the manipulation of public opinion brought about by a media campaign of character assassination.

Mr. Hannity’s buffoonery, which masquerades as serious news commentary, has been routinely condemned for its copious amounts of lies and falsehoods. The non-profit group Media Matters.Org includes a page on its website devoted to exposing 10 Examples of Sean Hannity Saying Things That Aren’t True. To read about Mr. Hannity’s scandalous reputation of lying about everyone, including other journalists, the Supreme Court, President Obama, and even foreign governments, go online to the website link at http://mediamatters.org/research/2013/02/28/10-examples-of-sean-hannity-saying-things-that/192828.

Mr. Hannity’s current attempt at manipulating public opinion centers around the words of the Honorable Minister Louis Farrakhan in a message delivered at the historic Morgan State University in Baltimore, Maryland. At the close of a brilliant multi-themed message to Morgan State’s students–the future leaders of Black America–the Minister turned his attention to the controversy brewing in Ferguson, Missouri. Ferguson has been the flashpoint for the most recent and highly publicized episode of police brutality and murder of Black youth. 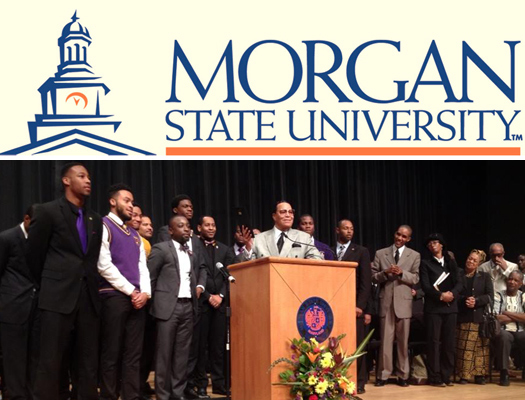 Minister Farrakhan, drawing from his spiritual base, began to examine how the Judeo-Christian and Islamic ideas of retaliatory justice might be applied in the case of the murder of unarmed teenager Michael Brown by Ferguson police officer Darren Wilson.

These are the Minister’s words beginning at approximately 2 hours and 50 minutes into the program:

In this book (Holy Qur’an), there is a law of retaliation, a law of retaliation… like for like. The Bible says, an eye, a tooth, a life. See now as long as they kill us and go to Wendy’s and have a burger and go to sleep, they’re going to keep killing us. But when we die and they die, then soon we’re going to sit at a table and talk about we’re tired…we want some of this earth, or we’ll tear this goddam country up.

In this section of the Minister’s speech we witness what makes Minister Farrakhan the tour de force speaker that he is. It is Minister Farrakhan’s ability to translate the Prophets of God’s “fire and brimstone” warnings to Ancient Egypt, Rome, and Babylon and boldly warn their modern counterpart–the United States of America. For example, God promised to “tear up” or destroy wicked nations in the Bible.

But if any nation will not hear and obey, I will utterly pluck up and destroy that nation, says the Lord. (Jeremiah 12:17)

Mr. Hannity may not realize it but he is handling Minister Farrakhan like the scribes handled Jesus in the Bible. Dr. Reza Aslan and other scholars have acknowledged that Jesus was known as a zealot. And after Jesus spoke of “tearing up” the Jewish temple he was arrested and ultimately crucified. According to the book of Matthew:

The chief priests and the whole Sanhedrin were looking for false evidence against Jesus so that they could put him to death. But they did not find any, though many false witnesses came forward. Finally two came forward and declared, “This fellow said, ‘I am able to destroy the temple of God and rebuild it in three days.’” (Matthew 26: 59-61)

In other words, Minister Farrakhan spoke for God. He spoke for the Prophets. He warned the modern Babylon, the modern Egypt, the modern Rome that continued injustice is being interpreted by God as intentional provocation for the visitation of His wrath. This is what seminary students might understand as preaching with prophetic authority. In a 2011 interview with Ministry Magazine, preaching expert Dr. Hyveth Williams defined prophetic preaching:

Prophetic preaching is a biblically based form of proclamation in which the preacher exercises the divine authority to be a spokesperson for God invested in them. When I speak of authority, I mean that which Jesus had. It caused “the crowds to be amazed at His teaching for He was teaching them as one having authority, and not as their scribes” (see Matt. 7:28, 29). While power is a natural derivative of authority, exercising it out of self-will is always dangerous and oppressive. But when power comes from the divine gift of authority, it becomes liberating and redemptive.

Mr. Hannity’s connection to the modern Sanhedrin is documented in the Center for American Progress’ study titled Fear, Inc.: The Roots of the Islamophobia Network in America. This report describes “a small, tightly networked group of misinformation experts.” The report details this nefarious nexus of modern scribes to include Rush Limbaugh, Michael Savage, and Sean Hannity. This group with the unenviable ability to “drench the public with misinformation” is largely funded by contributions from Donors Capital Fund. The Donors Capital Fund is actually chaired by Jewish conservative Adam Meyerson. Meyerson is a significant member of ALEC (American Legislative Exchange Council), an organization that has been the main force behind the establishment of the Stand Your Ground laws that were used to exonerate and justify George Zimmerman’s murder of Trayvon Martin.

As the program ended, Minister Farrakhan took time to clarify his statement “we’ll tear this goddam country up” to reveal an essential economic meaning. He said the following:

You know over the next 4 or 5 days, the people down in Ferguson are not going to buy anything. Especially on Black Friday, we Black folk that don’t have a lot of money anyway. You shouldn’t give your money away to your oppressor….Now last, when I say tear up the country: you know, there are so many ways to tear something–by coming out of it, not supporting it. But put it in your heart to fight with those who fight with you. All you have is your life. That is the gift of God. And you don’t let anybody take it without giving your all to defend that gift…

Mr. Hannity has chosen to emphasize before his 14 million viewers such a small part of the Minister’s 2-hour message. It may very well be to hide the parts of the Minister’s speech that supported and endorsed the Black Friday holiday shopping boycott. Minister Farrakhan’s encouragement of the economic boycott of Black Friday led to what is being reported at this time as a historic 11% decrease in sales nationwide. If this continues on into the Christmas holiday, the protesters’ mantra of No Justice, No Profits will have become a reality. And Mr. Hannity’s propaganda will have failed…miserably!

(Demetric Muhammad is in the student ministry class of Muhammad Mosque 55 in Memphis, Tennessee, and an author. For more of his writings visit his blog at www.researchminister.com.)