The United States government’s representative from Missouri Todd Akin and his supporters have advanced the notion that if pregnancy results from forced sexual violence—rape—the crime may not have been a “legitimate rape.” In Akin’s view, “women who are victims of ‘legitimate rape’ rarely get pregnant.” He learned from “doctors” that “If it’s a legitimate rape, the female body has ways to try to shut the whole thing down.”

Rep. Akin could not be more wrong, of course. But no doctor is necessary to show that a rapist can indeed impregnate his victim. All you really need to do is to look into many of the faces of those whom we call “Black” Americans, and then compare what you see to the original Black Man of Africa. What it reveals is a history that could be reduced to one single word—rape.

Since 1949, the systematic rape of a people has been considered a war crime by the Geneva Conventions—a form of genocide euphemized as “ethnic cleansing.” But its application when it comes to the Indigenous people and enslaved Africans has been prominent throughout the gruesome 500-year advance of European colonization.

The Nina, Pinta, and Santa Maria may have carried Columbus on a voyage of discovery, but he and his crew were also enslavers, murderers, and rapists. A crew member wrote in his diary of the first recorded rape in the New World: “While I was in the boat I captured a very beautiful Carib [Indian] woman [and] I conceived desire to take pleasure … but she did not want it. … I took a rope and thrashed her well, for which she raised such unheard of screams that you would not have believed your ears. …”

Columbus helped the Portuguese initiate the slave trade on the islands of the African coast, beginning with the systematic rape of African women. Their mixed-race offspring were trained in the business of slavery and in fact these half-Europeans were the “Africans” that White people are referring to when they claim that “Africans sold each other.”

Englishman John Gabriel Stedman travelled in 18th century Surinam and wrote that the enslaved Black woman “must yield to the loathsome embrace of an adulterous and licentious manager, or see her husband cut to pieces for endeavoring to prevent it.”

Closer to home, rape was explicitly used in the plantation system to create a light-skinned buffer zone of control over the pure Africans. These mixed-race “mulattos” became the house slaves and were trained to keep the darker Africans in check and compliant with the aims of the slave owner. In Louisiana Whites actually had legal categories to reflect the result of the generational rape of the African woman. The African peoples now referred to as “Black” were then called “mulattos” or “creoles,” and if the “Negroes” had a quarter or one-eighth African blood, they were “quadroons” or “octoroons,” respectively. They were sold at “the greatest profit” to brothels to feed the insatiable lust of the White elite, who preferred them to White women. Rabbi Harold Sharfman wrote that the Frenchmen were “whitening” African females for sexual purposes, and by selective breeding, they “had produced an exotic type [with] remarkably exquisite facial features, lithe bodies, small hands and feet.” 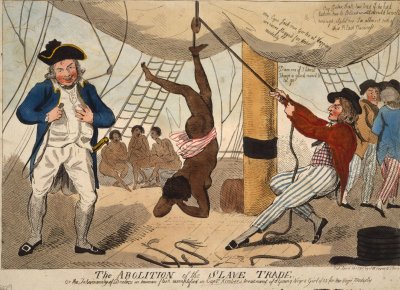 In 1786, America’s soon-to-be first President George Washington enslaved 216 Black Africans, 92 of them children. This unusually high number of children who were unable to work his plantation indicates that George was heavily involved in the breeding of Black people for the domestic slave trade (White historians destroyed most of Washington’s plantation records). Human beings were one of Virginia’s most profitable “cash crops.” A visitor to Washington’s plantation wrote in his diary that he felt ill treated by the President, who didn’t supply him with a female slave for his sexual enjoyment—that is to say, rape. Thomas Jefferson famously molested the 14-year-old Black captive named Sally Hemings, forcing her into a long-term relationship with her rapist and producing six children.

Black men cited this widespread sexual terrorism by White men as one of their prime motivations for fleeing the South in the Great Migration northward starting in the early 1900s. In a chapter of Darkwater he titled “The Damnation of Women,” W.E.B. Du Bois said of the White South, “one thing I shall never forgive, neither in this world nor the world to come: its wanton and continued and persistent insulting of the black womanhood which it sought and seeks to prostitute to its lust.” An enraged Du Bois further editorialized in the NAACP’s Crisis: “Let Black men especially kill lecherous White invaders of their homes and then take their lynching gladly like men. It’s worth it!”

When a White NAACP official visited Athens, Georgia, in 1903, a committee of Blacks sought his help to address “their greatest danger.” They did not mention segregated schools or water fountains, or even police brutality—they told him that THEIR GREATEST DANGER was the “undergraduates of the University of Georgia” who stalked Black females such that “no Negro girl of twelve was safe at night upon the streets of Athens.” Oswald Villard goes on to refer to the “tremendous amount of miscegenation” in the South, clarifying that “there are still thousands of illegitimate mulatto children born to black women … ” Villard does not talk of any White women impregnated by Black men in his observations, the possibility being too absurd to even mention.

At one point New York law did not recognize the possibility of a Black woman being raped. Southern courts would not convict a White man for the rape of a Black girl after she had reached puberty. The great anti-lynching crusader Ida B. Wells found that this rape of helpless Black girls and women “continued without let or hindrance, check or reproof from church, state, or press until there had been created this race within a race.”

After slavery Black women became less accessible to White men and a suspicious coincidence occurred. In many urban centers, rape became big business in the form of forced prostitution known as “White slavery.” According to Jewish scholar Robert Rockaway, “Yiddish-speaking Jews dominated the international white slavery traffic, especially in Jewish women, out of Eastern Europe. … ” Jewish and Gentile women by the thousands became victims of this brutal rape-for-profit business.

Over the years White historians, propagandists and demagogues using a combination of lies and tricknology have projected ALL of their rape-filled Caucasian history onto the Black male. And these lies were only reinforced by the wickedly vile images perpetrated by the White moviemakers of Hollywood.

The above retrospective is but a brief overview of a far more massive crime, and this brings us right up to the United States presidential campaign of 2012. After Rep. Akin inadvertently exposed this 500-year American debauchery, Republicans acted quickly and strongly to—in Rep. Akin’s words—“try to shut the whole thing down.” But when will America look at its own history and say what an indignant President Obama said that “Rape is Rape”?

It may be too late: Pandora’s box has been flung open and it turns out that even she has been assaulted. The whitened face of Black America is the direct product of centuries of what the Caucasian’s history books say is “legitimate rape.” What Whites may not understand is that Allah Himself has a different standard altogether and it is He Who will decide when to “shut the whole thing down.”

(Tingba Muhammad is a citizen of the Nation of Islam and a member of the NOI Research Group. Visit https://noirg.org)