Seest thou not those to whom a portion of the Book was given?
They buy error and desire to make you err from the (right) way.

Now Jesus himself had pointed out that a prophet has no honor in his own country.

It took just a few hours for Jay-Z’s 4:44 release to go platinum. And it took less than that for the ADL to go berserk. Its desperation to be relevant has pushed its leader Jonathan Greenblatt to the edge of anti-Black absurdity. In 2017 the ADL was exposed for inflating its statistics on “anti-Semitism” to include hundreds of cases of Jews attacking and threatening each other. Its “police training” program is implicated in an alarming number of departments whose officers have murdered unarmed Blacks. Responsible Jewish leaders are openly criticizing the ADL for its political opportunism and for falsely using “anti-Semitism” to stifle dissent. And apartheid Israel is becoming more and more isolated on the world stage.

Jay Z—a Black man with lots of money—provided the perfect dog-whistle distraction from that intra-Jewish mayhem and strife. The ADL just had to ride in on Jay-Z’s album hype to charge the rap impresario with “Black anti-Semitism.” At issue was a lyric in his song “The Story of O.J.” that goes like this:

You wanna know what’s more important than throwin away money at a strip club?

You ever wonder why the Jewish people own all the property in America?

This how they did it.

Financial freedom my only hope

It is not clear what the ADL is upset about. Is it that Jay-Z has demeaned strip clubs? Is it his six-time use of the word “nigga”?

The ADL then kicked the bees’ nest:

“The idea that Jews ‘own all the property’ in this country and have used credit to financially get ahead are odious and false. Yet, such notions have lingered in society for decades, and we are concerned that this lyric could feed into preconceived notions about Jews and alleged Jewish ‘control’ of the banks and finance.”

Russell Simmons, a longtime activist in Black–Jewish relations, took umbrage at the ADL’s “anti-Semitism” slur against his friend Jay-Z and labeled the Jewish organization “mischief makers.” Simmons further fueled Jewish outrage by confirming the extraordinary Jewish presence in the business end of Black “music, film, television, fashion, technology and financial service[s].” He said “the hip-hop community including myself have partnered with Jews where there were no blacks to partner with.”

But the item that really must be examined is Jay-Z’s partnering Jews with “credit.” He says “credit” is how Jews achieved land ownership and “financial freedom.”

And here Jay-Z demonstrates an impressive knowledge of Jewish history, a history that Jews are desperate to keep hidden—especially from Blacks. Read deeper into Jay-Z’s lyrics and one will find a troubling reality: When Blacks emerged from slavery, they were specifically targeted by Jewish merchants, who exploited them mercilessly. Most freedmen became sharecroppers, farmers that were forced into renting land, mules, tools, and seeds from Jewish businessmen at exorbitant rates. In Message To The Blackman in America, The Most Honorable Elijah Muhammad, wrote that “[My people] encountered credit difficulties, hardships of repayment of loans and hardship with white executives from whom the loans must be asked.” 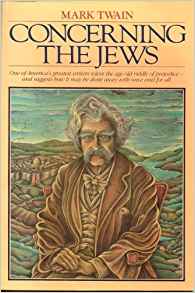 Mark Twain, the iconic chronicler of Deep Southern culture, described the nature of the Black–Jewish sharecropping relationship. As he saw it:

Similarly, the great Harvard-trained scholar W.E.B. Du Bois travelled the South, studying Blacks and the conditions they faced in post-slavery America. While in Georgia he wrote: “Nearly all the lands belong to Russian Jews,” a people whom he described as “shrewd and unscrupulous.” He surveyed the businesses, mills, and factories in the region and came to a startling conclusion: “The Jew is the heir of the slave-baron.” He spoke of their exploitation of Blacks and published these observations in a book called The Souls of Black Folk. Jews were upset with him, and they even tried to force him to change the word “Jew” to “foreigner” or “immigrant.” But a government study confirmed that Du Bois was spot on. The report revealed that there amidst Black Georgia, “Nine-tenths of the storekeepers…are Jewish merchants—some Russian and German Jews, but most of them Polish Jews.” 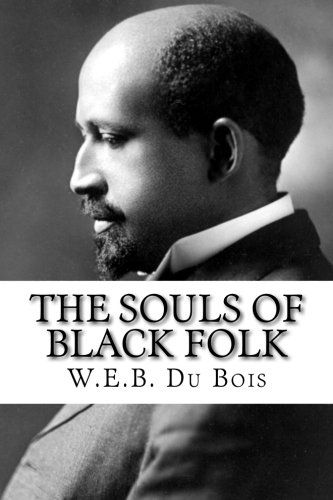 Writing in 1895, Du Bois (who would become an NAACP official) further calculated that these slimy “credit arrangements” were in part responsible for the poor ex-slave losing an incredible three-quarters of the wages due him since the end of the Civil War.

Delving further into Jay Z’s 4:44 history lesson reveals that the money acquired in these credit schemes was parlayed into the acquisition of land—plantation land. According to the Jewish Encyclopedia,

“the cotton-plantations in many parts of the South were wholly in the hands of the Jews, and as a consequence slavery found its advocates among them.”

The notorious investment bankers and financiers Lehman Brothers started as cotton merchants in Montgomery. So powerful were the Lehmans that Alabama appointed Mayer Lehman as cotton agent for the state! This put Lehman in charge of managing the state’s chief asset—a million-bale annual cotton crop—as well as the state’s 435,000 enslaved Africans.

Many notable Jewish families and institutions, including Neiman Marcus and the infamous Rothschild family of international bankers, can trace their wealth to the cotton fields of the American South.

One can easily see why the ADL doesn’t want Jay-Z’s powerful Black–Jewish truths to be made known. The source of Jewish wealth is in plantation slavery and the credit schemes that ensnared our poor sharecroppers in the Jim Crow south. Thus, today, when our talented Blacks in the entertainment industry seek financing from Jews for their productions and projects—as Russell Simmons says they do—they are tapping into money with a deeply troubling past. It is a past that Blacks and Jews MUST confront if we intend to build better future relationships.

So Jay-Z’s profound Black–Jewish history lesson in 4:44 is not “Black anti-Semitism.” He is simply giving credit where credit is due.

[For more details about this history, please see The Secret Relationship Between Blacks and Jews, Volume 2.]