Early in the year 1877, the government of the United States was grappling with the hotly contested presidential election of November 1876 between Republican Rutherford B. Hayes and Democrat Samuel J. Tilden. Votes were being contested around charges of voter fraud and intimidation and the Congress was thrown into disruption as threats and vitriol filled their chambers.

Democrats began a filibuster and threatened national disorder and even civil war. After many days of near chaos, a group of politicians from among both parties secretly gathered at the Wormley Hotel in Washington to attempt to resolve the issue and save the union from potential disaster. A deal was struck in that smoky hotel room which would affect the history of Black people in America as no other event before or since. 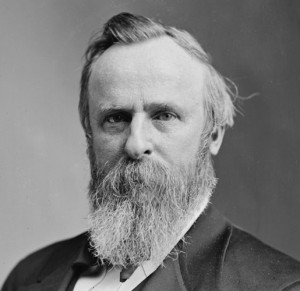 The Compromise of 1877, as historians call it, was the deal in which white people—North and South—agreed that Blacks would be returned to virtual slavery, devoid of civil rights, assigned to permanent inferiority. If Republican Hayes were allowed to become the 19th president, the agreement stated, he would remove the federal troops in the South that were protecting the rights of Blacks against the violent ex-Confederates and Ku Klux Klan. The vanquished Southern slave-owner class would be free to return to power and enforce the old slave law free of federal control.

This so-called Compromise of 1877 is arguably the most significant event in Black history, in that it UNIFIED all whites in  the solemn cause of American white supremacy. No other event—not the Civil War, and not the Emancipation Proclamation—so specifically and  directly affected the future status of the Black man and woman. Jim Crow laws took immediate effect; lynchings, mass murders, and pogroms escalated; Black property was stolen; and whites in labor unions forced Blacks out of employment in the trades and industry.

But the most ironic and profound feature of this episode is that on the same day that white American politicians decided to end “Black Progress”—forever, The Founder of the powerfully progressive Nation of Islam—Allah in Person—Master Fard Muhammad, was born in Holy City of Mecca, Arabia. 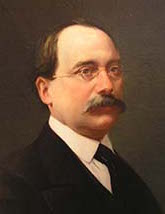 Further, it was a Jew and Wormley Hotel meeting participant, Louisiana congressman William M. Levy, who carried the message to the Congress and assured the Southern racists that their interests had been secured. His entire speech to Congress is firmly inlaid in the Congressional Record (March 1, 1877) and is considered by historians to be the most significant of the speeches in the whole lengthy debate. In it, he assures the North that “the white people of Louisiana” will be fair and just to “the colored race,” and that the rumors of the egregious racist violence were simply “slander.”

Jews were the major cotton traders and had nearly monopolized that industry, so they needed to re-establish plantation slavery to assure that that Jewish revenue stream would be secure long into the future. With cotton being nearly 90% of the American economy the financial masters of the South immediately imposed a Talmudic form of debt slavery they called sharecropping an oppressive farming system that quickly made Jews the wealthiest of all American whites, and reduced Blacks to virtual slavery for the next century.

A whites man’s heaven is surely a Black man’s hell!

As the filibuster ended some Southern politicians held out to the end, as they did not trust the Hayes camp to follow through on their promises. A Kentucky senator, in a strangely appropriate way, cast the moment of their perceived defeat in a divine light:

“Mr. Speaker, the end has come. Today is Friday. Upon that day the Saviour of the world suffered crucifixion between two thieves. On this Friday constitutional government, justice, honesty, fair dealing, manhood, and decency suffer crucifixion amid a number of thieves.“

Arguably, these two events, happening on the very same day–the “final straw,” so to speak, for the white man to “do right by the ex-slave,”and the birth of the Blackman’s Lord and Saviour, are the most significant events in American history.

[Read The Honorable Minister Louis Farrakhan’s discussion of this history]

Read more in The Secret Relationship Between Blacks and Jews, Vol. 2