The Aptitude of the Negro To Disobey Orders Coming From Himself

The Negro in Western civilization, because of his environments that force upon him a comple 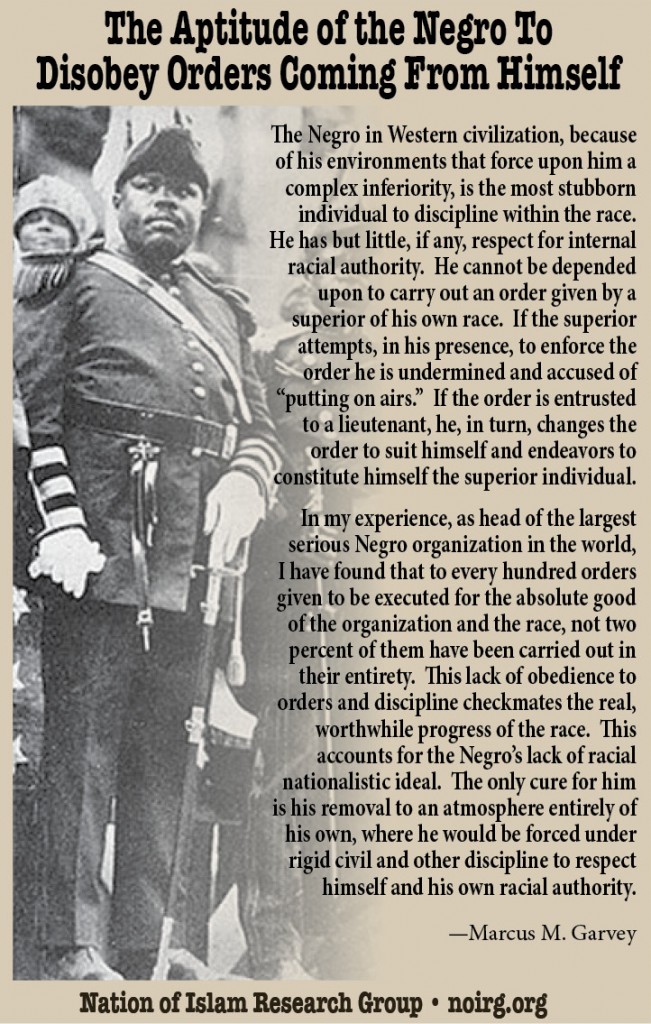 x inferiority, is the most stubborn individual to discipline within the race. He has but little, if any, respect for internal racial authority. He cannot be depended upon to carry out an order given by a superior of his ow
n race. If the superior attempts, in his presence, to enforce the order he is undermined and accused of “putting on airs.” If the order is entrusted to a lieutenant, he, in turn, changes the order to suit himself and endeavors to constitute himself the superior individual.

In my experience, as head of the largest serious Negro organization in the world, I have found that to every hundred orders given to be executed for the absolute good of the organization and the race, not two percent of them have been carried out in their entirety. This lack of obedience to orders and discipline checkmates the real, worthwhile progress of the race. This accounts for the Negro’s lack of racial nationalistic ideal. The only cure for him is his removal to an atmosphere entirely of his own, where he would be forced under rigid civil and other discipline to respect himself and his own racial authority.

[Quoted in Philosophy and Opinions of Marcus Garvey (The Majority Press).]