In his introduction (written on Jan. 23, 1983) to the book Is It Possible That The Honorable Elijah Muhammad Is Still Physically Alive? Brother Jabril Muhammad wrote: “Among the main facts one should know about any communication, especially one of significance, whether it is spoken or written, are (1) the premise, (2) the intention, (3) the context. To put it another way, regardless to the means by which information is conveyed, or given, the more we know of the reason (the ‘why’ or the ‘motive’) for it and the circumstances involved in [its production], the better we can understand and [properly] use the information presented to us.”

That principle should guide everyone’s consideration of the Honorable Minister Louis Farrakhan’s message, delivered from the Watergate hotel on November 16, 2017, in Washington, D.C.

Part of the message delivered and the context for it involves the Reverend Jesse Jackson. And part of that context also involves Moshe Dayan. Still more, contextually, comes from the writings of Jude Wanniski.

On Nov. 16th, 2017, Minister Farrakhan said, “He [Rev. Jackson] … shook hands with Arafat. Sin. I don’t understand you people—that the President can go and meet with his enemies but if we meet with one of your enemies, who’s not one of our enemies, all of a sudden we are anti-Semitic. Every Black man of consequence was called an anti-Semite. Why do you use that?”

In September of 1979, Rev. Jackson, with the stated purpose of seeking peace, visited Israel. The Prime Minister of Israel at that time, Menachem Begin, refused to meet with him. Rev. Jackson called that decision unfortunate and among other things openly called for recognition of the Palestinian Liberation Organization (PLO). Perhaps the most controversial aspect of the trip, though, was a photograph of Rev. Jackson embracing PLO leader Yasser Arafat. The picture and Rev. Jackson’s support of the Palestinian cause were used for years, prior to his presidential campaign in 1984, as justification for labeling him as an anti-Semite. 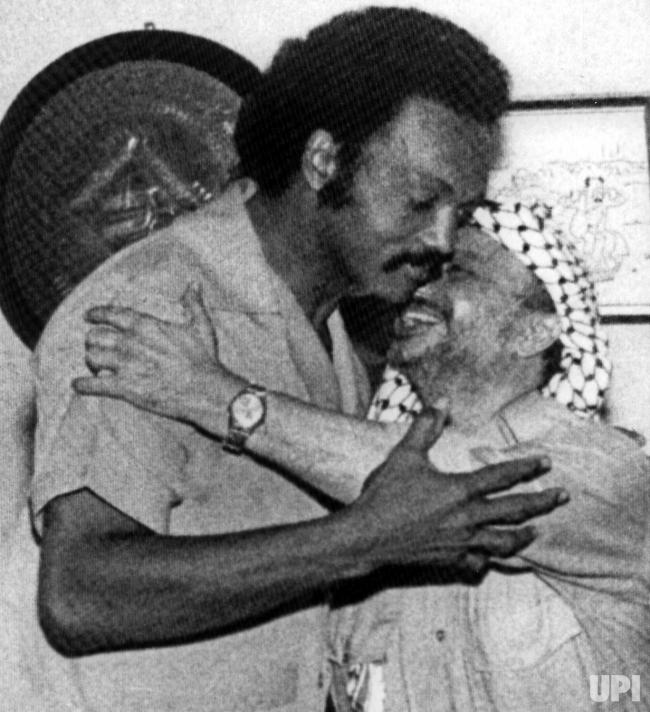 (Think over this, in the context of the current hysteria over a beautiful picture taken of Minister Farrakhan and a then-Senator Barack Obama.)

When asked in February of 1984, by Bayard Rustin, to explain why he embraced Yasser Arafat, Rev. Jackson reportedly answered, “They keep running that picture. The pope met with Arafat and they don’t keep running that picture. I met with Arafat one time. When you go to Japan, you take your shoes off before entering the house. In the Mideast, you embrace and exchange kisses. I embraced Arafat; I wasn’t embracing his politics. When I went to see Arafat, I challenged him to fight for a mutual recognition policy with Israel. But that got lost in all the hype.” 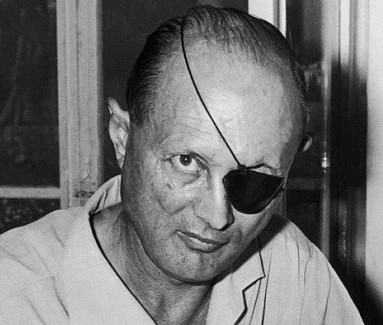 Something else still lost “in all the hype” of 1979 is a comment made over a year later by Moshe Dayan (who also famously led Israel’s invasion of the Sinai Peninsula in 1956 and served as Defense Minister during the Six-Day War of 1967). Dayan said, in November 1980, that “most of the soldiers” in the U.S. armed forces up to the rank of sergeant were made up of “blacks who have a lower education and intelligence.” Dayan also added, the U.S. Army “is made up only of volunteers. They have to insure that better blood and brains go to their forces.” Rev. Jackson responded to Dayan with a stiff telegram that reportedly stated, “If these quotes are accurate, black Americans consider such comments unkind, insensitive and an insult. I would remind you that it was Dr. Ralph Bunche, the first black U.S. ambassador to the United Nations, that negotiated the pact that made Israel a legal entity in 1948. For his efforts he won a Nobel Prize.”

Is there a connection between Dayan’s expressed view of the intelligence of Blacks and the refusal of Menachem Begin to meet with Rev. Jackson back then? And what of the view that Dayan, Charles de Gaulle (President of France), Nelson Rockefeller, and Liberace are depicted as having toward the Honorable Elijah Muhammad in a 1964 Esquire magazine cartoon? There, it is framed that Mr. Muhammad should be “liquidated” because he was a threat to their future. 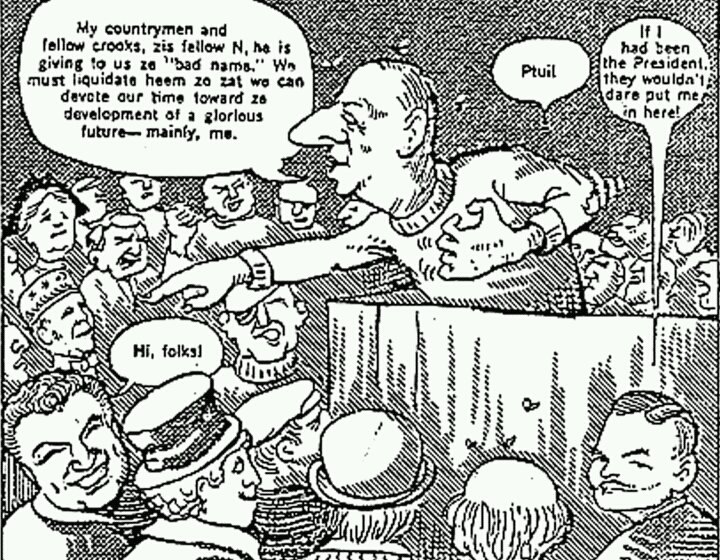 One of the things that made Rev. Jackson so powerful in 1979 was his open threat—in response to Israeli Prime Minister Begin’s rejection of him—that Black political support for the state of Israel was negotiable. The September 25, 1979, edition of the Washington Post reported:

“While repeatedly stressing that Israel can trust the United States and that black Americans will defend the Jewish state’s right to exist, Jackson warned that blacks represent a ‘political reality that Israel should not ignore. We do have 17 congressmen. We do have 15 million eligible voters. We are the difference in presidential elections,’ Jackson declared at a press conference at Ben Gurion International Airport. Pointedly noting that Israel receives more U.S. aid than ‘the whole African continent,’ Jackson said, ‘I would hope that Mr. Begin’s rejection of us does not indicate that he rejects that which we have to offer. We have tax money to offer, we have votes to offer, we have moral support to offer,’ Jackson said.” 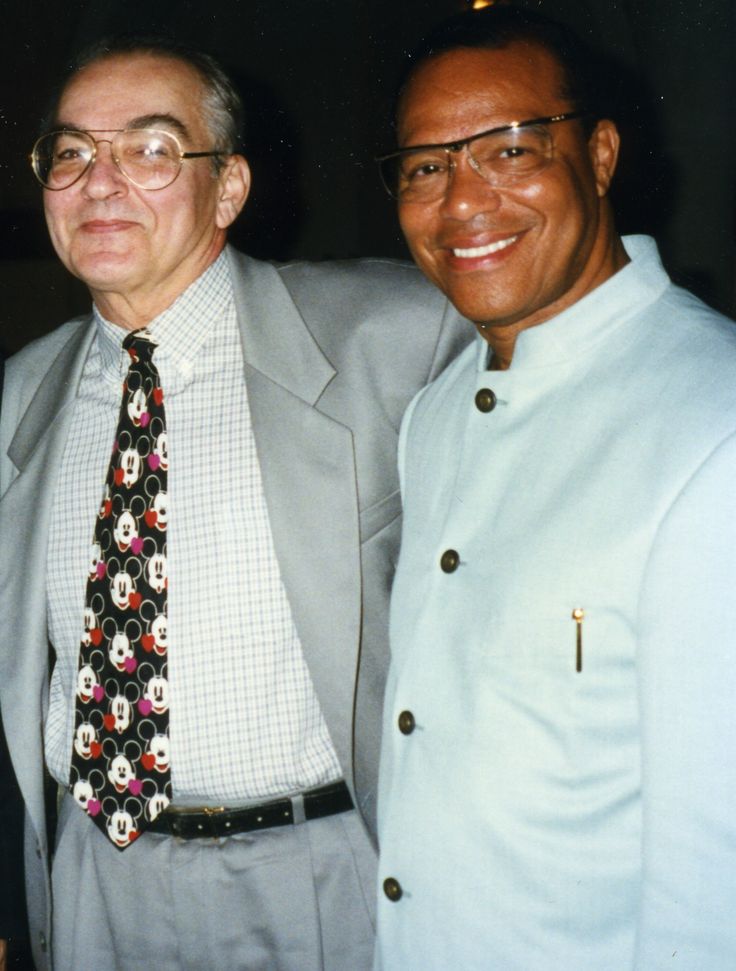 Political Economist Jude Wanniski saw Minister Louis Farrakhan in this very context, believing that the Israeli lobby feared it was possible that Minister Farrakhan might one day cause Blacks to become more independent-minded in their political outlook, impacting U.S. foreign policy.

Recounting his first meeting with Minister Farrakhan on December 13, 1996, Mr. Wanniski wrote, “I expressed my belief that Jewish leaders fear that he could lead the black electorate away from the Democratic Party and into opposition of support for Israel.”

As to the charge of him being anti-Semitic, Wanniski wrote, “His conflict with the Jewish Lobby is political, not religious or social, which is why Min. Farrakhan can insist he is not anti-Semitic or bigoted or a purveyor of hate, and I can agree with him on that.”

What Mr. Wanniski wrote is very insightful. Yet there’s more that can be expressed about the not so much religious but theological aspect of this conflict. And of the social aspects, it is critically important to note that Black–Jewish relations were deteriorating years before Minister Farrakhan’s involvement in the campaign of Rev. Jackson (more on that in a subsequent writing).

In two tweets I recently offered an opinion regarding the ultimate aim of the misapplication of the anti-Semitic label where Minister Farrakhan is concerned. Here they are: