The ugly personal violence that has recently come to light among our star athletes requires no more venting of rage and reproval than it has already justifiably received. It now needs context and understanding if we are to rewire the brain functions of our people and regenerate a misshapen mentality that was born in and still dwells in the lingering legacy of American slavery and racial oppression.

Our brother NBA Hall of Famer Charles Barkley was commenting on the charge of child abuse against Minnesota Vikings star Adrian Peterson for allegedly whipping and injuring his child. Whereas Barkley may have appeared to many to be defending the indefensible “whipping” of a child, he moved us closer to understanding when he honestly admitted that Black parents in the South “whip” their children.

“Whipping—we do that all the time. Every Black parent in the South is going to be in jail under those circumstances,” Barkley admitted in an interview on CBS’ “NFL Today.”

Charles Barkley’s reference to the South has obvious significance for those American code talkers and immediately draws our attention to the routine violence of plantation slavery and the Ku Klux Klan lynchings, castrations, and human burnings alive. This is a history that white America can’t seem to remember, but it is one that Blacks will never forget. If there is one thing that the Jewish people have taught us, it is that we should never forget our history. And should it be surprising that professional sports are the setting for these incidents, the industry with the business model that most resembles the slave trade? Where Black “bucks” are “branded” with numbers and traded among wealthy white men like Donald “I -give-them-houses” Sterling?

It is in slavery where “whipping” took hold in “Black culture” and became to many almost essential to Black child rearing. Blacks may hate themselves, but they do not hate their children. In fact, they are so good at bringing up children that nearly every white family of the South with means had a Black surrogate mother or “mammy” to raise their white children. But raising a white child to be a ruler is quite a bit different from raising a Black one to be a slave. Child rearing for the latter is necessarily attended by often-crippling violence to contort and distort a free-spirited Black mind, which is born in the image and likeness of God, into a true believer in his or her own inferiority, ready to perform dutifully and perpetually their role in service to a vicious oppressor—and to then love that oppressor for the opportunity.

If a Black parent under these very American circumstances truly loved their child, that parent in fact had to become an agent of repression. The comedian Chris Rock quipped that he wanted to have fun with his male child when he was very young, because there would soon come a time when he would have to “get him ready for the white man.” Former NBA star Tracy McGrady asked, “Am I the only one that got hit with a switch? I had to go outside and pick my own switch. It taught values, respect [and] accountability.”

What were the origins of the realities Mr. Barkley and Mr. McGrady had experienced in the South—and Chris Rock, in the North? One example is found way back in 1811 with the most illustrious of the founding fathers, Thomas Jefferson. He had a nephew in Kentucky named Lillburn Lewis. One of Lewis’s 50 enslaved Africans was a young boy who Lewis claimed broke a water pitcher. Lewis’s reaction demonstrates how Black parents came to believe that whipping their own children—even for seemingly trivial misbehaviors—was absolutely necessary to “get them ready for the white man.” Here is the description of how Lewis handled the Black boy with the clumsy fingers:

“Lewis then collected all the slaves into an out house, and ordered a rousing fire to be made. When the door was secured, that none might escape…he called up George, who approached his ‘master’ with the most unreserved submission. He bound him with cords, and laid him on a meatblock, and seizing a broad axe, proceeded to chop him into pieces, commencing at the ankles. In vain did the unhappy victim call upon his ‘Master’ to forgive him. In vain did he scream. Not a slave durst interfere. Casting the feet into the fire, he lectured the Slaves at some length. He then chopped off below the knees, and admonished them again, throwing the legs into the fire. He then chopped off above the knees, tossing the joints into the fire, lecturing as he proceeded. The next two or three strokes severed the thighs from the body. These were also committed to the flames. And so were the arms, head and trunk, until all was in the fire. Still protracting the intervals with lectures, and threatenings of like punishment, in case of disobedience and running away. The Slaves were then permitted to disperse.”

Lewis returned to his house, where his wife questioned him about the screaming she had heard. He replied, “he had never enjoyed himself at a ball so well as he had enjoyed himself that evening.” This level of racial brutality is not isolated to its royal families. The centuries of white violence against the Indians is indescribably horrific, and the “seasoning” of Africans to turn them from Children of the Most High into cotton-, sugar-, and tobacco-picking human machinery is a crime for which there is no redemption. Civil War soldiers from the North reported having invaded plantations in the South and being shocked to find crude dungeons and torture chambers. 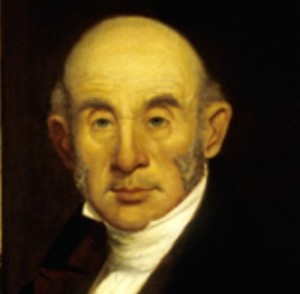 The Jewish Forward last week revealed documents that showed that one of the Jewish community’s most honored and revered icons, Mordecai Cohen of Charleston, South Carolina, had a “troubling history” of beating and torturing his slaves unmercifully. One of Cohen’s slaves named Jim, scarred head to toe, escaped and described the life under that Jewish monster: “He was in the habit of walking about at all hours of the night to find out who stole wood, or turnips, or hogs, or any thing else.” When a slave named Peter was thought to have stolen “a few sticks of wood,” Cohen “whipped [him] for hours until he was unconscious and then doused with brine before being chained in the stocks kept on the plantation for just such occasions.” Jim’s northern saviors observed that his body “appear[s] as if pieces of flesh had been gouged out, and some are ridges or elevations of the flesh and skin. They could easily be felt through his clothing.” According to Forward writer Susanna Ashton, Jim tried to escape his Jewish torturers but was soon recaptured and taken to

“a notorious workhouse jail in Charleston especially famous for its treadmill run by slave labor that not infrequently maimed and killed the weary people chained to its rotating pedals, as well as for other punishments so unsavory that genteel enslavers preferred them to be done out of sight. Jim described the whippings and torture being carried on continuously at all hours of the days and nights, such was the demand for the Sugar House services: ‘You may hear the whip and paddle there, all hours in the day. There’s no stopping.’ He added: ‘I have heard a great deal said about hell, and wicked places, but I don’t think there is any worse hell than that sugar house.’”

Seeing the desperate plight of his freedom-seeking slave Jim, Mordecai Cohen yet showed no mercy. He sent for his son David Cohen, and, as Jim remembered it, “He told them [the guards] to whip me twice a week till they had given me 200 lashes. My back, when they went to whip me, would be full of scabs, and they whipped them off till I bled so that my clothes were all wet.” The guards were instructed to alternate bouts of whippings with days on the treadmill for several weeks.

David Cohen’s plantation was demolished, but the legacy of his inhuman cruelty toward Black people and Black families is yet embedded in an intractable reality of American life today. The unfortunate cases of field slaves Adrian Peterson, Jonathan Dwyer, Ray Rice, as well as the revelations about racist slavemasters Donald Tokowitz Sterling and Bruce Levenson, prove that slavery is still with us. Ironically, the Cohen plantation may have been demolished, “but at least one of the grand mansions of Mordecai Cohen still stands at 119 Broad Street and functions as offices for the Roman Catholic Diocese of Charleston. Today, a handsome portrait of Mordecai Cohen is held by the Gibbs Museum of Art in Charleston…” [More evidence of Jewish slave trading here]

This honor shown to the cruelest slave-owner is disgustingly emblematic of the psychic portrait that hangs undisturbed today in the Black mind, a haunting legacy that is as disturbing as it is dysfunctional. But it is real and there is but one solution. True reparations and proper correction begin when we all acknowledge just how much slavery has affected our thinking, actions, and behaviors. Rather than publicly whip slavery’s psychic victims—as ugly as their behavior is—we have to admit that this generational behavior originated in the ugly, unnatural mind of the white slavemaster.

The Honorable Minister Louis Farrakhan was taught and trained to overcome this hateful legacy of white America, and through the Teachings of The Most Honorable Elijah Muhammad he has amply proved that he and his Nation of Islam possess the only cure. When America acknowledges that reality, it will be saved. America, to create yourself, you shed the blood of millions. To save yourself, you just may have to take a whipping.