Ashahed M. Muhammad is an advocacy and investigative journalist prepared to ask the difficult questions, create solutions & eradicate ossified minds.This is his blog. Here are some of his thoughts.

The United Nations General Assembly designated January 27 as International Holocaust Remembrance Day. I visited the United States Holocaust Memorial Museum (USHMM) during one of my trips to Washington D.C.

As I walked through the halls of this very impressive museum, I thought to myself: How could a group experience such terrible suffering, yet, in an ironically tragic role reversal, shockingly participate in inflicting the same type of suffering upon others? Look at the tremendous suffering of the Palestinian people. Witness the documented involvement of Jewish people in developing the architecture of White Supremacy and Jim Crow.

According to the USHMM’s directors, since its dedication in 1993, it has welcomed more than 37.3 million visitors, including 96 heads of state and more than ten million school-age children. In fact, when I was there during my visit, an all-Black middle school class from Maryland, numbering about 40, took the tour of the building and many exhibits… 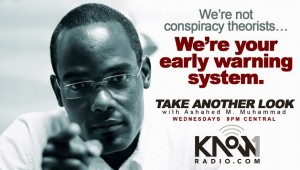