Brazil was the Largest Slave Market in the World!

Nine out of ten Africans were shipped to Brazil in the trans-Atlantic slave trade. Jews at Recife numbered thousands, and one of them, Gaspar Diaz Ferreira, was considered one of the richest men in the country. Nieuhoff, the traveler, writing in 1640, says: “Among the free inhabitants of Brazil the Jews are most considerable in number; they have a vast traffic, beyond all the rest; they purchased sugar-mills and bought stately houses in the Recife.“

“Besides their important position in the sugar industry and in tax farming, th 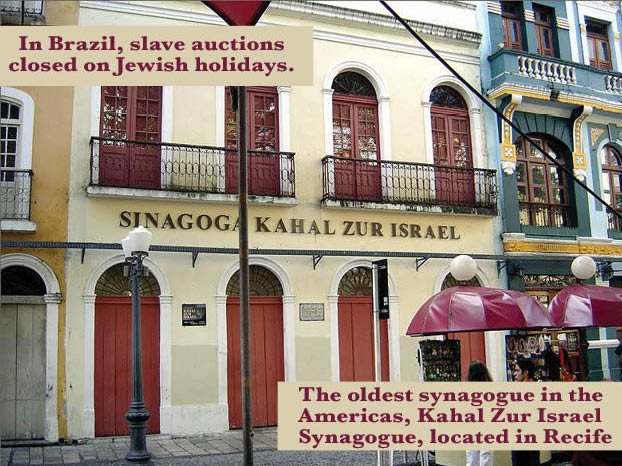 ey dominated the slave trade….The buyers who appeared at the auctions were almost always Jews, and because of this lack of competitors they could buy slaves at low prices.”

According to Wiesenthal Center scholar Dr. Harold Brackman, during the 1600s slave trading in Brazil

“became a ‘Jewish’ mercantile specialty in much the same way it had been in
early medieval Europe.”

The Jewish Encyclopedia adds, “Jewish commercial activity” in this time includ
ed a “monopoly of the slave trade.”

The synagogue in Brazil made money by imposing a tax on its members’ slaves. So dominant were the Jewish slave traders that the weekly slave auctions were postponed if they fell on a Jewish holiday.

Read The Secret Relationship Between Blacks & Jews, Vol. 1 for many more details: