Leo Frank: ‘He is a Murderer, Not a Martyr’

By Nation of Islam Research Group 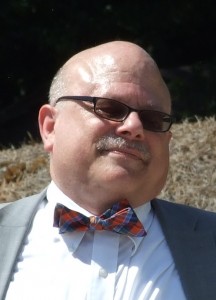 In a recent column in the Atlanta Jewish Times, Rabbi Steven Lebow calls for the Georgia House and Senate to pass a “nonbinding resolution” saying, “In the light of history it is fair to assume that Leo M. Frank was innocent of all charges.” This, he feels, would allow the South to “get beyond” its history of lynching and racist violence. It is incredible indeed that Rabbi Lebow could suggest that the exoneration of Leo Frank—the only Jew ever lynched in America—could ever be recompense for the history of racist terror suffered by Black people. It is estimated that many thousands of innocent Black men, women, and children were dispatched by bullet, rope, or fire, many of these wretched murders occurring after the victims suffered hours of grisly tortures. They received no trials and no judicial process in any form, before their horrifying demise. Rabbi Lebow minimizes these injustices and suggests that Leo Frank—a white man—stand in as the symbol to represent the suffering of all these Black Americans. This is, on its face, absurd.

Leo Frank was a pencil factory manager in Atlanta employing scores of child laborers who spent their precious school years under the worst sweatshop conditions. In 1913, Frank was convicted of luring a 13-year-old employee named Mary Phagan into a corner of the factory where he attempted to rape her, and when she resisted, he murdered her. Frank had the longest and most expensive trial in the state’s history up to that time. And because he was also the president of the Jewish B’nai B’rith, he was able to have the nation’s best lawyers and private detectives working on his behalf. A jury of his fellow white men found him guilty of the murder, and more than a dozen appeals courts—including the United States Supreme Court—reaffirmed the guilty verdict. To this very day, no Black man has ever seen this level of due process—even though the 14th Amendment was enacted to assist the Black ex-slave. The Georgia House and Senate—most certainly the Black members—should reject Lebow’s insulting initiative on that basis alone.

There is quite a bit more that is disturbing about Rabbi Lebow’s audacious proposition. 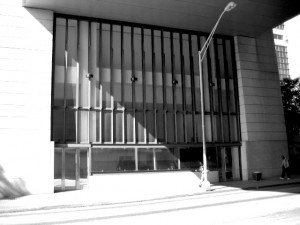 Scene of murder. Today, It is the Sam Nunn Federal Building

Lebow claims, “we are living in what I like to call the Newer South…a completely different landscape,” and he insists that we see Leo Frank as the historical marker that separates “old” from “new.” He paraphrases Henry Grady, a white man who championed Southern business development—but for whites and Jews only. Blacks, he stipulated, should be locked in agricultural labor as the engines of the Southern cotton economy, and as maids and servants in the homes of Jews and whites. There would be no “New South” for them. Lebow should ask John Lewis or Andrew Young whether Blacks experienced “a completely different landscape” after the 1915 lynching of Leo Frank.

Rabbi Lebow makes a peculiar claim: “Justice is the debt that the present owes the future.” Then what justice is due the young murder victim Mary Phagan? The Honorable Elijah Muhammad taught that “Justice is the greatest principle of fair dealing. Justice is the law that distinguishes between right and wrong.”

If Leo Frank is exonerated today, who then killed Mary Phagan? How will her death be accounted for? How, in Rabbi Lebow’s calculation, do Mary Phagan and her family receive justice? He avoids the issue for good reason. Unspoken in his directive to Georgia lawmakers (many of whom are Black) is that if Frank is deemed “innocent,” then a Black man named James Conley will be deemed guilty. It is a little detail that Rabbi Lebow deliberately “forgot” to include in his Atlanta Jewish Times commentary. In past writings, however, Lebow was more forthcoming and brazenly claimed, “The actual murderer [was] Jim Conley [who] later admitted to others that he had been the one who had killed that girl.” Both assertions are patently false, and Lebow can prove neither.

Lebow continues: “All bona fide historians now agree that Frank was innocent. Clearing Frank’s name should be easy.” Not so fast. James Conley was the janitor in the factory on the day of the murder. He was called up to the murder scene by a panicking Leo Frank, who ordered the Black man to help him conceal the body. The physical evidence so convincingly supported Conley’s sworn testimony that 12 white male jurors unanimously convicted Leo Frank. So convincing was Conley that Leo Frank refused to be sworn on the Bible in his own murder trial! 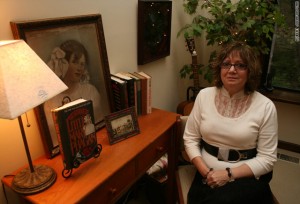 It is particularly galling for Lebow to have made such a statement, when he is well aware that one of the top bona fide scholars of the case is right here in Georgia. Mary Phagan Kean, a grand niece of the murdered girl, spent thousands of hours researching the case. She wrote a most fair, balanced, and well-respected book on the subject, titled The Murder of Little Mary Phagan. Her research quite handily confirms the reality that Leo Frank was guilty of that horrific crime. She says that the lynching of Leo Frank was “a very horrible thing,” but that “the truth isn’t really told about Leo Frank….He is not a martyr, he is a murderer.” Rabbi Lebow, the Anti-Defamation League, the American Jewish Committee, and those who have championed Frank’s posthumous cause arrogantly ignore the mountain of evidence confirming the work of Ms. Phagan Kean. 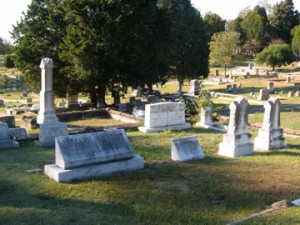 The Georgia House and Senate should understand that their support of Rabbi Lebow’s “resolution” exonerating Leo Frank also convicts an innocent Black man of a horrific crime. Multiple courts of law found that Mary Phagan suffered an appalling demise at the hands of an exploitative employer, Leo Frank. For a century, his supporters, the latest crusader being Rabbi Lebow, have turned Frank into a most undeserving cause célèbre, and in the process they have diminished the life of the young victim Mary Phagan—and they have sullied the name of an innocent Black man, James Conley. Georgia lawmakers should not lend themselves to such an ugly legacy. Leo Frank did irreparable harm to race relations in Georgia and America. Rabbi Lebow and his “resolution” only offer more of the same.

The Secret Relationship Between Blacks and Jews, Volume One-$20

This legendary book reveals the Jewish role in the African slave trade. Drawing almost entirely from Jewish academic sources, it destroys the myth that Jews were historical “friends” of the Black African. Jews became slave traders, auctioneers, plantation owners, slave shippers, and financiers, greasing the wheels of the plantation economy, making slavery more profitable than ever. 334 pages, 1,274 footnotes, full index. Truth that has never been successfully challenged in 20 years.

The Secret Relationship Between Blacks and Jews, Volume Two-$20

144 pages of Jewish slave sale ads reproduced from American newspapers. Jews bought and sold whole plantations—slaves and all—and they marketed slaves who ranged in age from infants to the elderly. Jewish merchants arranged bank financing for their marketing of the Black man and woman—Black slaves ON LAYAWAY! This book puts an end to the mythology that Jews had no role in the slave trade.

How White Folks Got So Rich-$8

A pocket-size expose’ of the ARCHITECTURE OF WHITE SUPREMACY. It explores the government policies, the corporate scheming, the “special arrangements,” the racist behaviors and devious public and private sector actions that are at the very foundation of White Wealth in America. If you thought Whites achieved their riches through “hard work,” you definitely NEED this book. 136 pages and fully illustrated.

The Hidden History of Washington, DC: A Guide for Black Folks-$10

Washington, D.C., was once known as the “Congo of America.” Read about the D.C. slave laws and black codes, White House slavery, and the Black men who built the Capitol. Read about the well-known and not-so-well-known historical namesakes of D.C.’s streets, buildings, parks and other locations named after respected and infamous citizens and individuals from the past. The Hidden History of Washington, D.C., is revealed in the 96 pages of this remarkable book. DC Slave Ads. Map of DC Slave Sale Sites. Footnotes. Full Index. Bibliography.