“The Honorable Minister Louis Farrakhan is the only religious leader in the United States who has spoken out about the 9-11 deception and the fraudulent War on Terror. Minister Farrakhan deserves praise and recognition for having the moral courage to address this extremely important subject and for hosting a seminar about the deception of 9-11 during the upcoming Nation of Islam’s Saviours’ Day 2017 convention in Detroit.” 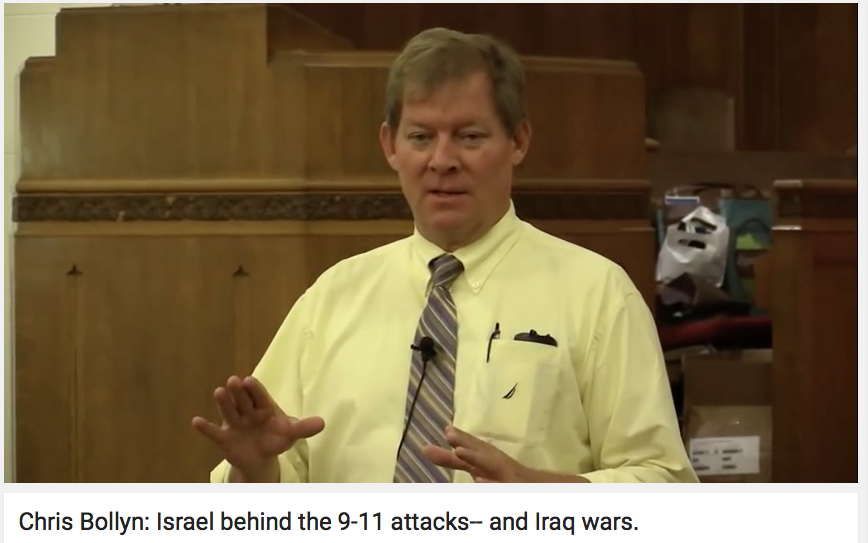 The American public has been woefully deceived about what really happened on 9-11. A false and unproven story was foisted on the nation in order to kick-start an open-ended criminal war across the Islamic world. The 9-11 deception that began under President George W. Bush in September 2001 was continued by Barack Obama through 2016. The new administration of Donald Trump will evidently maintain the War on Terror agenda put into effect by the 9-11 deception, as the new president made clear in a speech at MacDill Air Force Base (Centcom HQ) on February 6, 2017:

The scientific evidence from the destruction of the World Trade Center proves that we have been deceived about how the Twin Towers were demolished, acts of mass murder in which some 2,600 people were killed. The evidence, for example, of billions of tiny molten iron spheres found in the dust utterly disproves the official story about what caused the murderous destruction of the towers. The discovery in 2009 of a highly sophisticated explosive known as super-thermite in the dust revealed what really caused the explosive demolition of the towers. To understand the nature of the 9-11 deception we need to ask, who has deceived us and why? The 9-11 deception has been foisted on the public by the U.S. presidents since George W. Bush and has been amplified and spread around the world by the controlled media outlets that support the war agenda it put into effect. This means that the U.S. presidents and the media are controlled by the powers behind the 9-11 cover-up and the terror atrocity itself. The 9-11 deception is global. The lies about what happened on 9-11 are now taught to children in schools. After 15 years of war across the Middle East, not one mainstream church in America has taken a stand against the 9-11 deception that was used to take us to war. The Honorable Minister Louis Farrakhan is the only religious leader in the United States who has spoken out about the 9-11 deception and the fraudulent War on Terror. Minister Farrakhan deserves praise and recognition for having the moral courage to address this extremely important subject and for hosting a seminar about the deception of 9-11 during the upcoming Nation of Islam’s Saviours’ Day 2017 convention in Detroit.

The terror atrocity of 9-11 did not just fall out of the clear blue sky. It was an extremely well-planned false-flag operation that was designed to be blamed on Muslims. As Larry Johnson, former Deputy Director of Counter-Terrorism at the U.S. State Department said: “We don’t have anything in history to compare with this. The only thing that comes close to it is a former Soviet intelligence operation.” 9-11 was a highly sophisticated false-flag terror atrocity designed to instill fear and rage to compel U.S. public opinion to support an Israeli/Zionist war agenda known as the Global War on Terror. Starting the War on Terror was the primary reason for the false-flag terror attacks. The following timeline of historical facts and relationships will help explain the common origin of the 9-11 deception and the fraudulent War on Terror.

TERRORISTS COME TO POWER IN ISRAEL

1977 – In a major turning point in Israel’s political history, the Likud, a right-wing political coalition founded by the Zionist terrorist Menachem Begin (former head of the Irgun) comes to power, ending three decades of Labor Party dominance. Begin is a notorious terrorist leader known for having ordered the bombing of the King David Hotel in July 1946, in which 93 people were killed, and the Deir Yassin massacre in April 1948.

1978 – Arnon Milchan, a top-level Israeli intelligence agent, produces his first movie, The Medusa Touch, in which a Boeing 747 crashes into the Pan Am Building in New York City in the film’s climactic scene. 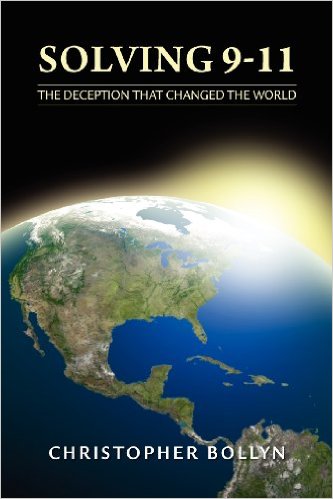 Mr. Bollyn’s book, Solving 9-11: The Deception That Changed the World

1979, July – The War on Terror doctrine is rolled out onto the world stage in a well-planned propaganda offensive at the Jerusalem Conference on International Terrorism. The conference is headed by the Israeli Prime Minister, Menachem Begin of the Likud. Begin’s propaganda event is hosted by the Netanyahu Institute, an organization set up by Benjamin Netanyahu and his father for the purpose of promoting the War on Terror ideology. The fact that four former chiefs of Israel’s Directorate of Military Intelligence attended the three-day conference indicates that Israeli military intelligence was involved in the planning and preparation of this “propaganda offensive.”

1982 – The Yinon Plan, “A Strategy for Israel in the Nineteen Eighties,” is published by the World Zionist Organization. Thanks to Professor Israel Shahak, the essay is translated and published in English under the title “The Zionist Plan for the Middle East.” The Yinon Plan calls for “Balkanizing” the Arab states, i.e. breaking them up into ethnic enclaves, as was done to the former Yugoslavia in the 1990s. The Yinon Plan specifically called for breaking up Syria and Iraq, which is exactly what we have seen happen to these nations since the U.S. intervened in their affairs.

1983 – Israeli military intelligence (AMAN), headed by Ehud Barak, begins arming and training the virulently anti-Western Hezb-e-Islami mujahedeen of Gulbuddin Hekmatyar in Pakistan. This operation is conceived by the Israeli Mossad working with U.S. Congressman Charlie Wilson and funded by the C.I.A. and Saudi Arabia. Israel provides the mujahedeen with weapons it has taken off the battlefield in Lebanon. Israeli military intelligence is creating the cadre of a radical “Islamist” foe to prepare the stage for U.S. intervention in the Middle East. Hekmatyar and Osama Bin Laden begin working together in 1984 when Bin Laden’s “Afghan Arabs” join forces with Hezb-e-Islami. Ali Mohamed, Bin Laden’s first trainer, is a Hebrew-speaking Egyptian working for Israeli military intelligence. In 1994, these Israeli-armed and trained terrorist forces merge into Al Qaeda and the Taliban.

1986 – Benjamin Netanyahu publishes Terrorism: How the West Can Win, a collection of papers from a second Netanyahu Institute conference (1984) and part of his continuous effort since 1979 to promote with books and articles the doctrine of a global War on Terror.

1987 – Eight years after Israeli intelligence chief Isser Harel predicted that Arab terrorists would attack the tallest building in New York City, two of his veteran Mossad agents obtain the security contract for the World Trade Center from the Port Authority of New York and New Jersey. The Port Authority tears up the contract when it discovers that Avraham Shalom (Bendor), the head of Atwell Security of Tel Aviv, is using a fake name and has a conviction in Israel – as the former chief of the Shin Bet – for the murder of two Palestinians.

1993 –The World Trade Center is hit by a truck bomb in the North Tower, killing six people. Emad Salem, an FBI informant and critical witness is paid more than one million dollars for his testimony. Since the alleged conspiracy took place in New Jersey, the Israeli dual-national Michael Chertoff, as U.S. Attorney for the District of New Jersey, plays a key role in the prosecution. Chertoff’s Israeli mother was one of the first Mossad agents. The government/media interpretation of the bombing leads Americans to believe that Muslims want to destroy the Twin Towers.

1993 – Jules Kroll Associates, a Zionist firm which now includes the veteran Israeli Mossad agent Avraham Shalom Bendor, takes over security management of the World Trade Center in the wake of the bombing.

1996 – Larry Silverstein maintains extremely close relations with Benjamin Netanyahu, the Israeli press reports after 9-11. “Every Sunday afternoon, New York time, Netanyahu would call Silverstein. It made no difference where Netanyahu was, he would always call. Their ties continued after Netanyahu became prime minister in 1996.”

1998 – Philip Zelikow heads the Catastrophic Terrorism Study Group with Ashton Carter and John Deutch. Their report is published in Foreign Affairs (CFR) at the end of the year. The Zelikow report begins by “imagining the transforming event” of catastrophic terrorism “that could happen next month.” Ashton Carter and John Deutch are senior partners of Global Technology Partners, “an exclusive affiliate of Rothschild N.A., formed to make acquisitions of and investments in technology, defense, and aerospace-related companies.” Zelikow, the head of the group, will go on to head the 9-11 Commission and write the commission’s report. Carter goes on to be Secretary of Defense under President Obama.

2000 – A Neo-Con think tank, the Project for the New American Century (PNAC) founded by William Kristol and Robert Kagan in 1997, publishes a paper entitled “Rebuilding America’s Defenses,” which specifically calls for the U.S. to occupy Iraq and other radical changes in U.S. military policy. The “process of transformation” the paper says, “is likely to be a long one, absent some catastrophic and catalyzing event – like a new Pearl Harbor.”

2001, September 11 – In a spectacular act of terrorism the tallest buildings in New York City are destroyed, just as Mossad chief Isser Harel predicted 22 years earlier. The terror attacks of 9-11 bear the hallmarks of an Israeli false-flag operation designed to start their long-planned war agenda. Ehud Barak immediately calls for an operational “war against terror” on BBC World and Sky News television. While tens of thousands are feared dead in the rubble, the New York Times asks Benjamin Netanyahu about the effect the terror attacks will have on U.S.-Israeli relations. Netanyahu says:   “It’s very good… it will generate immediate sympathy.”

Michael Chertoff, an Israeli national, is put in charge of the 9-11 investigation, which becomes a non-investigation as the attacks are deemed to be an “act of war”. With the crime scenes under the control of Michael Chertoff and the F.B.I. the crucial evidence is confiscated and destroyed. The steel evidence from the World Trade Center is sent to two Zionist-controlled junkyards in New Jersey and cut into small pieces and sent to Asia for destruction.

Post 9-11 – The controlled media censors and omits information from its reports that would raise questions about what really happened on 9-11 while promoting the unproven narrative that the terrorism was carried out by Muslim fanatics from the Middle East. Within one month of the attacks the U.S. goes to war in Afghanistan.

Zionist agents are put in charge of doling out government-authorized compensation to the families of the nearly 3,000 victims of 9-11. Nearly all of the wrongful death cases are settled out of court. Ninety-six families, however, hold out hoping for justice and accountability in a court process. Their tort litigation is handled by Alvin K. Hellerstein, a Zionist judge in New York, who oversees the process by which their cases are settled without going to trial. Hellerstein has a conflict of interest in the case since his son is a lawyer in Israel who works for a law firm that represents the Israeli company that is a defendant in the 9-11 litigation he oversees.