Dwight Howard, superstar, basketball player for the NBA Houston Rockets, was blasted in the Jewish media recently for expressing his desire to see the Palestinians free. After having been sent pictures of the carnage being inflicted on the Palestinians Howard tweeted “#freepalestine” to his millions of followers.

Amar’e Stoudamire of the New York Knicks, who is Jewish and even funded an Israeli basketball camp, was forced to delete an Instagram picture from his account of Israeli Palestinian children walking arm in arm with the caption “Pray for Palestine.” Metta World Peace, formerly of the Los Angeles Lakers and the Indiana Pacers, and one of the most renowned defensive players in the history of the NBA, and a current free agent, was also forced to recant his statements supporting the Palestinians after receiving a withering backlash. Superstar singer Rihanna was forced to delete her support for peace in Palestine eight minutes after posting it on her website.

All of these global superstars were forced to submit to Jewish pressure to reverse their heartfelt desire for the ending of the carnage heaped upon the children of Gaza. However, the bulk of the venom was preserved for Dwight Howard. Mr. Howard, a graduate of the Southwest Atlanta Christian Academy, has said he wanted to use his NBA career and Christian faith to “raise the name of God within the league and throughout the world.” He established the Dwight D. Howard Foundation to provide scholarships for underprivileged children who want to attend Atlanta’s Christian Academy. He also travels to children’s hospitals throughout the United States inspiring children to reach for their dreams, and he serves as National Ambassador for Big Brothers Big Sisters. In addition, he helps to promote literacy as part of the NBA’s “Read to Achieve” program. 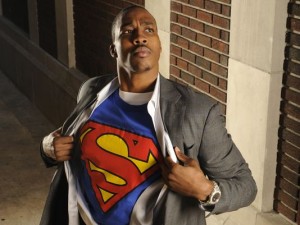 The Zionist Organization of America, one of the oldest Pro-Israel organizations in the U.S. has 30,000 members. By contrast, Dwight Howard has 5 million Twitter followers and he was forced to back down and delete his tweet and apologize. ZOA President, Morton Klein told TMZ Sports that Howard’s apology was not enough. “He should be publically condemned as strong as Donald Sterling was….Anyone who uses the phrase “Free Palestine” is either ignorant of the situation or hates the Jewish state of Israel. It’s a hateful position.” Does this mean that the late Nelson Mandela, South African Bishop Desmond Tutu, former President Jimmy Carter, are also Israel haters for saying that Israel is an Apartheid state and treats its Arab and Christian subjects as second class citizens?

What about U.S. Secretary of State John Kerry who told a room of influential world leaders “in a closed door meeting” that Israel risks becoming “an apartheid state” if there is no two–state solution to the Israeli-Palestinian conflict?

Should Alice Walker, one of the world’s greatest writers, be labeled anti-Semitic because she believes Israel is “guilty of apartheid and persecution of the Palestinian people,” and “Israel is the greatest terrorist in that part of the world.”

The reason the criticism of Mr. Howard is so stinging is because members of the Jewish community cast me in the same light. In 1985, the year Mr. Howard was born, I led a delegation of youth leaders from Washington, DC to Israel, Egypt, Saudi Arabia, Jordan, and Palestine. The purpose of the trip was to foster dialogue between the youth leaders of those nations and our delegation from the Nation’s Capital. 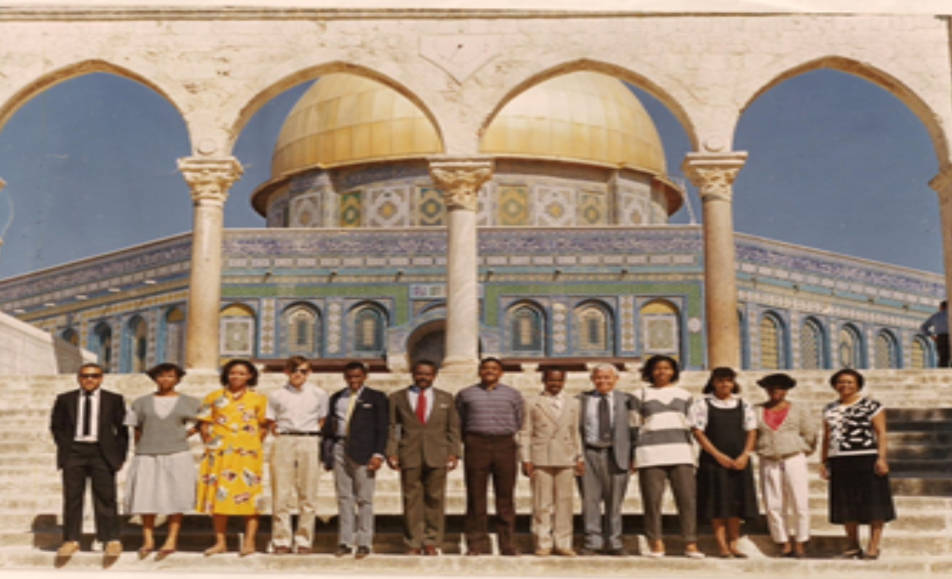 Our delegation included ten youth leaders from Mayor Barry’s Youth Leadership Institute, the largest youth development program in the country, the Secretary of the District of Columbia and the Mayor’s General Assistant. By far, the most impactful part of our trip was to Ramallah, in the West Bank. There, the young people from Washington were told of the treatment they received as Muslims and Christians under Jewish occupation.

They wept telling their story of the deplorable conditions under which they lived. The DC youth cried listening to the Palestinians relate how they were forced to exist in intolerable conditions.

Upon our return to Washington I convened a conference in the Mayor’s Office and invited community members, parents, representatives from the Jewish community, Arab organization leaders and the media were invited to attend. The youth leaders gave the mayor gifts that had been sent to him by the foreign leaders we encountered and they recounted the impact the trip had on each of them.

When I spoke I used the word Palestine to describe the location we had visited. I was quite surprised to read in the Washington Post the following day that members of the Jewish community were quoted as saying that because my knowledge of geopolitics was limited I needed to be “reeducated.” I hastened to inform my critics that the extent of my academic background probably far exceeded their own. I had studied the issues in that part of the world very extensively.

I bristled at Mr. Klein’s characterization of Mr. Howard as “ignorant” because the same assumption and characterization was made of me. But that’s not all. Alice Walker, and Toni Morrison, have been denigrated by the Zionist community for their advocacy of Palestinian rights. Ms. Walker is an American novelist, editor, professor, and Nobel and Pulitzer Prize winner; hence, one of the worlds’s most recognized writers and thinkers. Ms. Morrison, also a renowned Pulitzer Prize-winning novelist, lecturer, Civil Rights advocate, has gained worldwide acclaim for her sterling writing acumen. 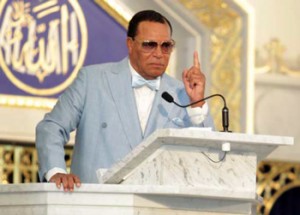 Also, The Honorable Minister Louis Farrakhan has been a leading spokesman for the rights of the oppressed Muslims and Christians in the Occupied Territories. Therefore, Mr. Howard should be proud to be identified in such esteemed company. He should be comforted to know that those who criticize him are also criticizing a broad section of the Black American community, a community that is proud to see him take a stand that’s positive and respectful of human rights.

Mr. Howard should also be comforted to know that when the Jewish community lambasted Kanye West for wanting to exercise his freedom as an independent entrepreneur The Minister advised him to stand tall and not buckle under their pressure. Because Mr. West took his advice he prevailed. They backed off of him.

Two weeks ago, at Mosque Maryam in Chicago, The Minister gave a rousing defense of the Palestinian cause and condemned the conspiracy of silence the national and international leaders are engaged in as the Israelis commit genocide against the Palestinian people. Farrakhan’s voice and his example can be used as a source of strength for athletes like Mr. Howard and entertainers like Rihanna who want to express their humanity but fear the retribution of the same Jewish forces that have oppressed Black people in America for hundreds of years, as clearly spelled out in publications like Jews Selling Blacks and The Secret Relationship between Blacks and Jews, Vols. 1 and 2. If Mr. Howard were to take the advice The Minister gave to Kanye West, he might evolve into a real superman instead of a character he portrays in television commercials.

(Jackie Muhammad’s writings have been published in the powerful books, DEFENDING FARRAKHAN, vol. 1 & 2. He is a former presidential appointee, member of the Oxford round table, educator, youth-trainer and businessman and member of the Nation of Islam Research Group. Visit them online at https://noirg.org and join the conversation on FaceBook.com/NOIResearch and Twitter @NOIResearch. He can be reached at jacrb519@aol.com.)