As the relentless mistreatment of Black people at the hands of America’s law enforcement and judicial systems continues to fester, Black people are starting to do something about it. After the wrongful deaths of Eric Garner, Walter Scott, Sandra Bland, Darrius Stewart, and countless others, people are heeding the call to target those systems of injustice where it really hurts—their pockets!

Since America’s systems have made it painfully clear that Black lives don’t matter to them, many have galvanized around the idea that it is necessary to boycott the commercialization of Christmas, just as the Honorable Minister Louis Farrakhan has urged the people to do. This boycott aims to utilize the power of economic withdrawal—in other words, saving our money by withholding it  from white businesses and not spending it on gifts and unnecessary items this season.

Ever since Minister Farrakhan resurrected the vision of Dr. Martin Luther King and urged concerned citizens to boycott Black Friday and Christmas, the message has continued to gain momentum. People are realizing that by boycotting Christmas, we are imposing economic sanctions on the very systems of white supremacy and injustice that continue to mistreat us.

These systems of white supremacy consist of several intertwined systems that are interdependent on one another, such as America’s educational systems that feed the criminal justice systems, which buttress America’s corporate greed. Neither time nor space would allow room to delve into all the other intertwined systems, which are based on sustaining white dominance while disrespecting Black lives. In fact, it’s the business economy that keeps the blood of white supremacy circulating throughout the other various systems, which is why we target the business sector to boycott this season. 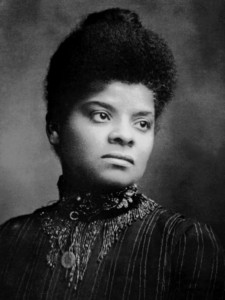 Ida B. Wells and White Businesses of Memphis
Past and present history has given us several instances that show the power of unifying and withholding our buying power to achieve desired goals. In the 1890s Ida B. Wells’s anti-lynching campaign was heightened after the lynching of her friend and business owner Tom Moss in Memphis, TN. He was arrested and lynched by a white mob because his business competed with a white-owned grocery store across the street. This incident, coupled with constant racially incited lynchings, prompted Wells to urge Black Memphians to boycott white-owned stores, including the city’s streetcar trolleys. She also encouraged Blacks to move out west if possible, since it was clear that her people could not receive justice under an inherently racist system.

To the surprise of the white establishment, Blacks unified around this radical idea and refused to spend with white businesses. An estimated 4,000 Blacks left the city, moving their businesses and church congregations out of Memphis, and leaving white businesses in financial dismay.

When the Ku Klux Klan and other whites threatened Wells’s life for exposing their corruption, she armed herself with a weapon and stated: “I felt that one had better die fighting against injustice than to die like a dog or a rat in a trap. I had already determined to sell my life as dearly as possible if attacked. I felt if I could take one lyncher with me, this would even up the score a little bit.”

If our sister had the courage to stand for justice and lead a boycott of white businesses while her life was threatened, there is no excuse for so-called African Americans not to boycott the same systems of injustice that disrespect Black life today!

It is interesting that the boycott led by Sister Ida B. Wells enabled Black families to save enough money so that many could relocate westward. Most of them settled in Oklahoma, becoming part of other progressive Black communities. Does the name Black Wall Street ring a bell?

Athletes Show Power of Unified Boycott
The recent boycott by the University of Missouri football players proved just how institutions are not threatened by rhetoric and pleading alone. Instead, Mizzou was not moved to act until its Black football players decided they would not play in any games unless their request for racial justice was satisfied. Because of the 35-million-dollar revenue these players generate for the college, the university president, Tim Wolfe, and others were pressured to resign. Their resignations did not result from the cries and pleas alone—it was the Economic Factor associated with the potential loss of millions of dollars that led to those resignations. Therefore, an economic-based boycott proves to be quite effective in targeting the axis of white supremacy. 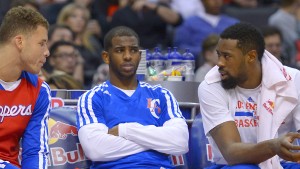 By boycotting Christmas this season, we are essentially targeting the crux of what maintains the various systems of white supremacy. The University of Missouri case is simply one of many that show that Black money is what these institutions truly care about, not Black lives.

This was also illustrated in 2014 after the racist statements by the Jewish team owner of the LA Clippers, Donald Sterling, were leaked to the public. Several Black Clippers players and staff sought to do something about being treated like highly paid slaves. ESPN reported, “NBA players were prepared to boycott Tuesday night’s playoff games if NBA commissioner Adam Silver did not ban Los Angeles Clippers owner Donald Sterling and force him to sell his team.”

Not only did the Clippers plan to boycott, but other players from rival NBA teams planned to do the same. According to the popular sports broadcasting network SB Nation, “Golden State, led by Stephen Curry, Andre Iguodala and David Lee had readied a plan to boycott their game had Adam Silver’s punishment of Donald Sterling not met their expectations.”

Because of the threat of Black athletes withholding their talent, which is worth several billions of dollars, the NBA was pressured to do something. As a result, NBA commissioner Adam Silver was forced to issue his Jewish brother, Donald Sterling, a lifetime ban and a $2.5 million fine and forced him to sell the team. This is another indication that Black life doesn’t matter until Black dollars are associated with it. So it becomes necessary for us to place economic sanctions on the white power structure.

Economic Sanctions on White Supremacy
As a result of the ongoing racial mistreatment against Black people, we intend to impose economic sanctions on white supremacy, much like America has economically sanctioned other nations like Cuba, Iraq, and Iran. U.S. sanctions involved embargoes against nations that the white powers deemed unworthy, preventing those countries from dealing with other nations. As a result of those sanctions, innocent people lost their lives and suffered drastically from the lack of adequate medical supplies and essential resources. Well, America isn’t the only one who can impose economic sanctions. Its racist power structure is certainly unworthy of our continuing to bolster it with our hard-earned money. It’s only appropriate that we withdraw from empowering racism and injustice.

The Honorable Minister Farrakhan recently tweeted, “Once we start down the road to justice, we can never stop until what we came for we get.” This movement won’t stop after a mere resignation of a city or business leader; nor will this movement be quelled after this initial boycott. It won’t end until our people truly obtain freedom, justice, and equality. This act of Black Power comes when we decide to stop funneling money into the same system aimed at our destruction.

Be Like Jesus and Hit ’em Where It Hurts!
As we aim to honor Jesus this season, it’s important to examine the model of radical economic disruption that he implemented. When the corrupt Jewish leaders were deceitfully capitalizing on  the people’s ignorance, Jesus saw fit to destroy the stimulus of their deception—the money!

So he made a whip out of cords, and drove all from the temple courts, both sheep and cattle; he scattered the coins of the money changers and overturned their tables. (John 2:15) 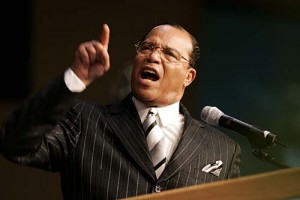 Today’s economic boycott during this Christmas season is akin to Jesus overturning the money-changers’ tables. Obviously, Jesus also had an “or else” factor associated with his divine call for justice. Following that path, Minister Farrakhan is unifying our individual cords and forming us into a whip that disrupts the corrupt money changers of today. Instead of physically knocking over tables and cash registers, we’re saving our money by not spending on gifts or unnecessary items, especially from white-owned companies. This is a revolutionary act of disturbing the intertwined systems that disrespect Black life.

It is interesting that the prophecies of the major faith traditions point to the Messiah’s role in the destruction of this corrupt satanic world. The messianic Jesus comes to destroy such a world by disrupting the core of its systems—the money! A closer look at this Boycott Christmas campaign proves it to be more of a messianic movement than just some demonstration of social activism. Let us all be a part of Jesus’ divine whip so that the systems that disrespect Black lives will start to feel the pain. Besides, this is something practically everyone can do.