In the wake of the Honorable Minister Louis Farrakhan’s historic Saviours’ Day address this past February 25th, certain elements in the Jewish Zionist community, along with their allies and right-wing Republicans, have again attempted to drive a wedge between Minister Farrakhan and the Nation of Islam and certain Black politicians (members of the Congressional Black Caucus) and activists (Women’s March leaders), by employing what has become known as the Farrakhan litmus test.

This old, tired strategy usually consists of falsely accusing the Minister of making anti-Semitic and racist statements, then attempting to force Black politicians and activists to publicly denounce him on the basis of those imaginary statements. As usual, these accusations of anti-Semitism and hate speech leveled at the Minister have no merit. As a matter of fact, these Zionist so-called Jews and their controlled pundits have never been able to actually disprove any of the statements that Minister Farrakhan has made concerning the wicked behavior of those who call themselves Jews but hide their dirty practices under the names of the righteous prophets of God.

A perfect example of that Zionist deception is their attempt to label the Minister as anti-Semitic for calling the Satanic Jews, of the Synagogue of Satan, the “mother and father of Apartheid,” in his Saviours’ Day address.

In a January 25th, 2007, interview with the NPR news service concerning his book Palestine: Peace Not Apartheid, former U.S. President Jimmy Carter said the following about Jewish occupation of Palestinian land: “Apartheid is a word that is an accurate description of what has been going on in the West Bank, and it’s based on the desire or avarice of a minority of Israelis for Palestinian land.” He went on to say, “This is a word that’s a very accurate description of the forced separation within the West Bank of Israelis from Palestinians and the total domination and oppression of Palestinians by the dominant Israeli military.” 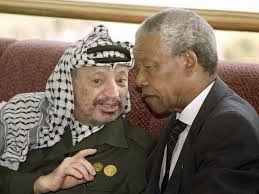 Freedom fighter and former President of South Africa, the late Nelson Mandela, expressed his support of the Palestinian struggle against Israeli colonization and occupation, in a 1997 speech for International Day of Solidarity with the Palestinian People: “When in 1977, the United Nations passed the resolution inaugurating the International Day of Solidarity with the Palestinian people, it was asserting the recognition that injustice and gross human rights violations were being perpetrated in Palestine….[W]e know too well that our freedom is incomplete without the freedom of the Palestinians.” Just weeks after being released from prison after 27 years, Nelson Mandela met with Palestine Liberation Organization Chairman Yasir Arafat and afterwards said publicly: “[T]here are many similarities between our struggle and that of the PLO. We live under a unique form of colonialism in South Africa, as well as in Israel…” 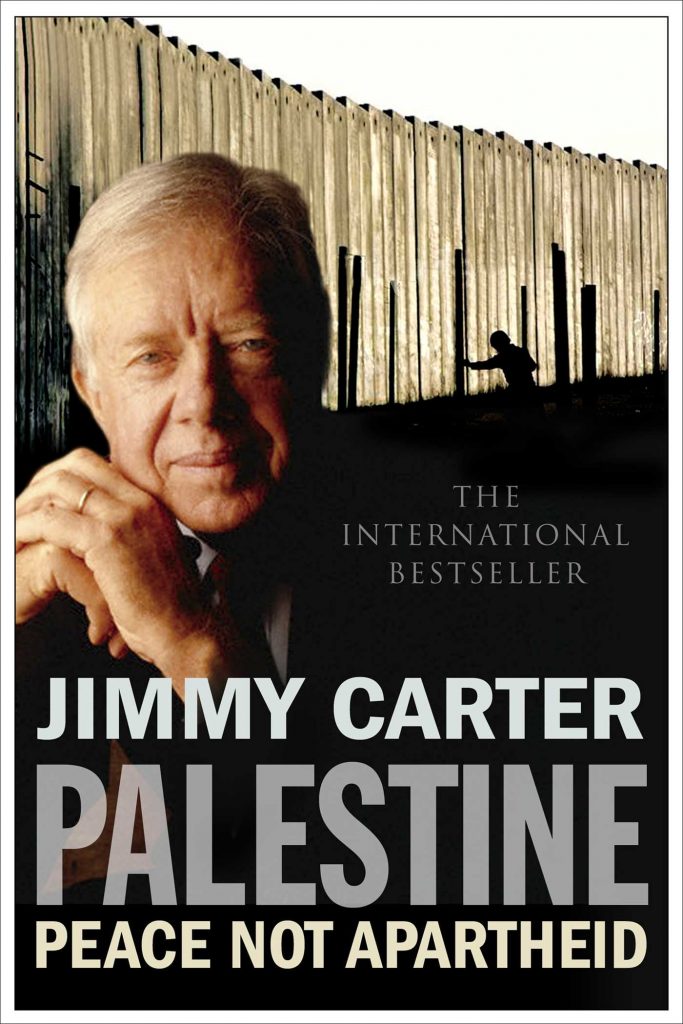 Many Zionists and their defenders would have us believe that Presidents Jimmy Carter and Nelson Mandela were anti-Semitic just for pointing out the central role the Zionist Jews have played in perpetuating an Apartheid system in the Holy Land. And Chicago Tribune columnist Clarence Page, in a recent article titled “How Farrakhan kills the joy in identity politics,” would have us believe that the Minister’s charge of Zionist Jewish Apartheid is just some anti-Semitic rant or fantasy.

In reality, not only have Jews been at the center of establishing Apartheid in Palestine, they were also at the root of the Apartheid system of racist South Africa. Which brings us to the case of a group of late 19th-century Jewish exploiters who became known as the Randlords.

In his 1997 doctoral thesis, titled “Old Masters and Aspirations: The Randlords, Art and South Africa,” Michael Stevenson points out how a small group of capitalists, “many of whom were from middle-class German-Jewish backgrounds” made vast amounts of money from exploiting the labor of Black indigenous workers in the mining of rich deposits of gold and diamonds in southern Africa, starting in the 1870s.

By the 1890s these Jewish capitalists came to be known as the Randlords in the English press. Stevenson documents the history of Jews, such as Alfred and Otto Beit, Herman Eckstein, J.M. Solomon, and Sir Julius Wernher, who took advantage of the gold and diamond rush by Europeans at Kimberley in the Northern Cape Province of South Africa. This rush for gold and diamonds ensued after the discovery of large deposits of these riches were found on the southern Africans’ native land. 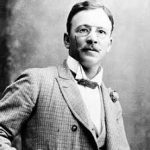 According to the Encyclopaedia Judaica, in an entry on the history of the city of Johannesburg, South Africa, it is said of the Jews: “They were among the leaders of the gold mining industry and helped build up the city as South Africa’s commercial, industrial, and financial center. Prominent among the Jewish ‘Randlords’ were the colorful Barney Barnato, Solly Joel, and Samuel Marks.”

Barney Barnato — born as Barnett Isaacs in 1852 to a Jewish family in Great Britain and educated at the Jews’ Free School, “a Talmud Torah” school — was one of the first and most prominent of the South African Jewish Randlords. He, along with his brother Harry, migrated to South Africa in the early 1870s. The Barnato brothers eventually formed the Barnato Diamond Mining Company and established themselves as the chief rivals of Cecil Rhodes, who was operating as the agent for the Jewish French Rothschild bank, which was also heavily involved in the exploitation of African labor in the gold and diamond mines at that time.

At this point it is of interest to note that the role of the Jewish Rothschild family in the exploitation of Black labor in the 19th century formed a global matrix, with the French branch exploiting Black labor for gold and diamonds in southern Africa, and the French and British branches exploiting Black slave labor across the ocean in the American south for cotton and tobacco, as documented in the NOI book The Secret Relationship Between Blacks and Jews, Volume 2, pages 320-338. 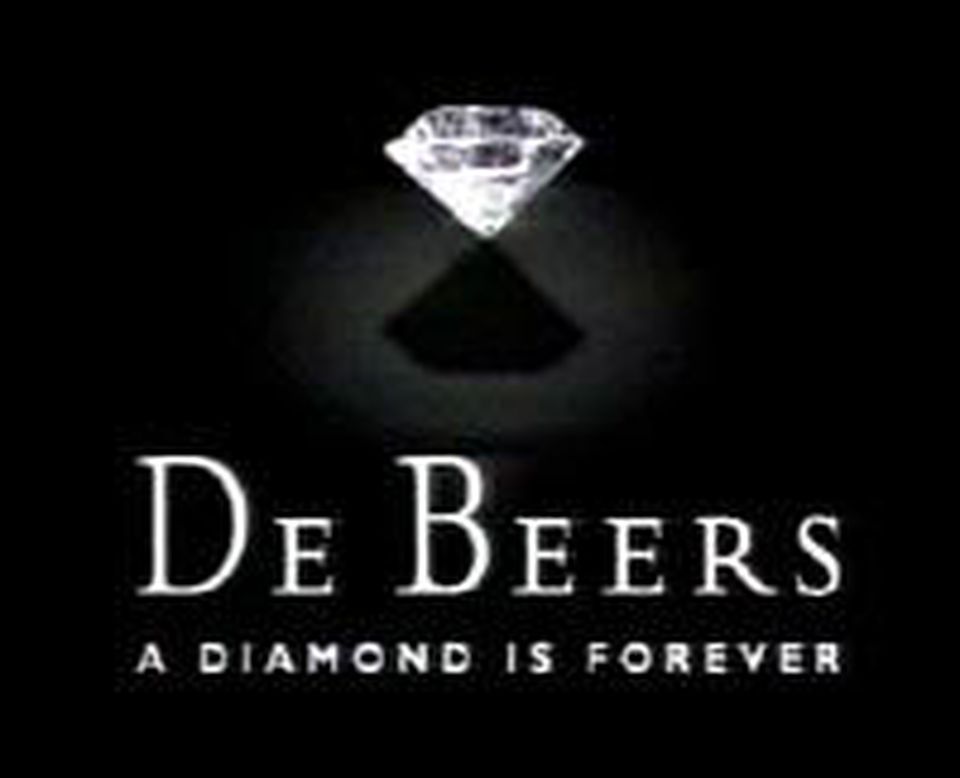 Barney Barnato and Cecil Rhodes engaged in a protracted economic battle to establish who would gain control over the lucrative diamond and gold markets in southern Africa. This economic war eventually led to a consolidation in 1888 into what is now known as the De Beers diamond empire.

On the back cover of a book titled The Randlords: The Men Who Made South Africa, by British journalist Geoffrey Wheatcroft, it is said that the Randlords “invaded South Africa at the end of the last century [nineteenth], mined vast fortunes in gold and diamonds, and in the process laid the economic, social, and political foundations, including the Apartheid system, that continue to shake this great and complex land.” 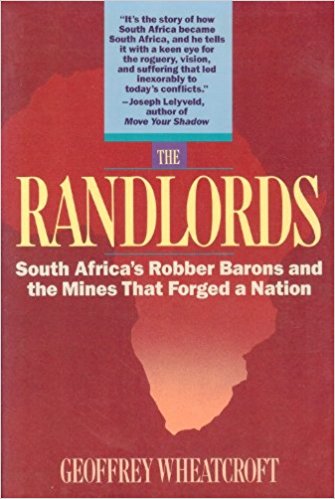 The day is over when the Satanic so-called Jews and their apologists and puppets can simply throw the label of “anti-Semite” at someone as a diversion from the exposure of their wicked history of oppression and exploitation of Black people. The Black community is waking up, and the Honorable Minister Louis Farrakhan has issued a challenge to the Synagogue of Satan to come out of their hiding places and defend publicly their wicked history.

Robert Muhammad is a Chicago-based freelance writer; he can be contacted at robman1930@yahoo.com and Twitter @RobertMuhammad1.