UPDATE: Mr. Christopher Bollyn addressed the Nation of Islam on February 18th in Detroit on the subject of “The War on Islam: 9/11 Revisited, Uncovered & Exposed.” Watch the full program here: https://www.noi.org/911revisited/

The recent attacks by the Anti-Defamation League of B’nai B’rith leader Jonathan Greenblatt against The Honorable Minister Louis Farrakhan are yet another example of Jewish racism. Greenblatt was most upset about The Minister’s clear words about the Israeli and Zionist involvement in the 9/11 attacks. Some of the strongest research on this controversial subject has been done by author and journalist Christopher Bollyn, who began covering the attacks on the day it occurred. It was he who reported on the many Israelis who were arrested and detained for their suspicious behavior on September 11, 2001. They were later found to be Israeli Mossad agents with foreknowledge of the tragic event. He also recognized The Minister as a strong voice of truth on this subject. On his website Bollyn wrote:

Minister Farrakhan of the Nation of Islam is the first high-profile religious leader in the United States to openly discuss the Israeli role in the false-flag terrorism of 9-11.

We asked Mr. Bollyn to answer some questions about the ADL and the veracity of Minister Farrakhan’s position: 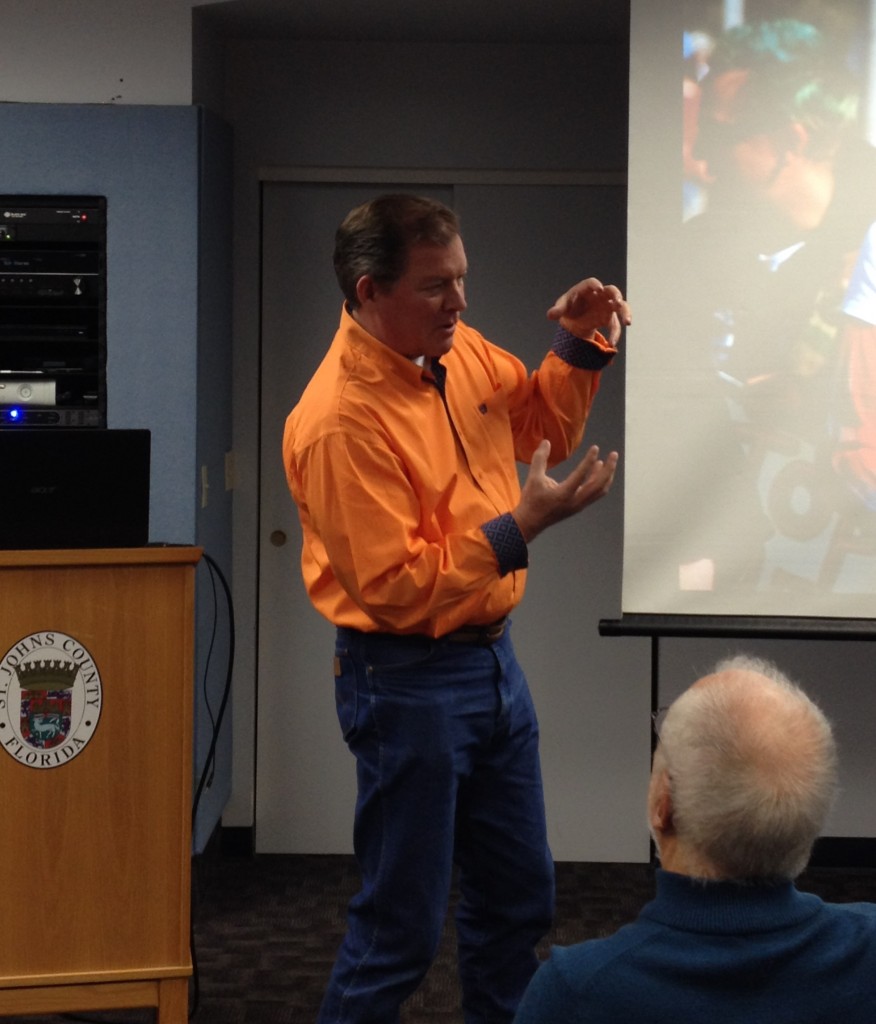 Question: The ADL has been particularly vicious in labeling as “anti-Semites” all those who press for answers—including yourself and The Honorable Minister Louis Farrakhan. What is their motive and how do you see the ADL’s role in this 9/11 incident?

Answer: This is a very good question because it goes straight to the identity of the first and most well-known organization that attacks 9-11 truth and those who promote it.
The ADL stands for the Anti-Defamation League of B’nai B’rith.  It is a subsidiary of the International Order of the B’nai B’rith, a secret Masonic order open only to Jewish men who are dedicated to Zionism.
The ADL attacked me in November 2001 for my article about the evidence of explosions at the World Trade Center before it collapsed.  This exposed the ADL as being a very active force against 9-11 truth.
The B’nai B’rith is the secret society of powerful and well-connected Jewish men who are dedicated to the State of Israel and the Zionist enterprise.  In jumping in early and attacking me for my article, which had nothing to do with Israel or Jews, the ADL exposed their agenda to defend the Zionist narrative about 9-11, which is utterly false.
It should be noted that the family that owns the New York Times, Sulzberger-Ochs, is one of the leading families of Lodge No. 1 of the B’nai B’rith, which was founded in New York City in 1843.

Question:  Mr. Bollyn, is the Honorable Minister Louis Farrakhan accurately reflecting the doubts many have about 9/11?  He said:

I watched in horror that morning seeing planes fly into the Twin Towers; and afterwards, I saw the Twin Towers fall down—like a building imploding (fell right down in its own tracks).  But nothing happened to Building 7 until that evening!  And then Building 7 went down (47 stories high).  All three Buildings went….But there were those on the scene who heard explosions! … Twenty-nine hundred (2,900) people from different parts of the world lost their lives—policemen lost their lives, firemen lost their lives, EMT[s] lost their lives; and many people died afterward just from inhaling the dust….and George Bush was in Florida in a school, reading a book to babies.

Answer:  Yes, Minister Farrakhan is correct on all of these points, which are some of the key observations about the events of 9-11 that led many to realize that the official version is nothing but a pack of lies.  (I would add that…many of the first responders (at least 1,600 at this point) have died from inhaling the smoke that rose from the pile for more than three months. The smoke is quite different from the dust that rolled through lower Manhattan following the demolition of the towers.)

Question:  Mr. Bollyn, as a reporter you initially covered the 9/11 incident for your newspaper. What did you learn that appeared strange or odd in the official story? 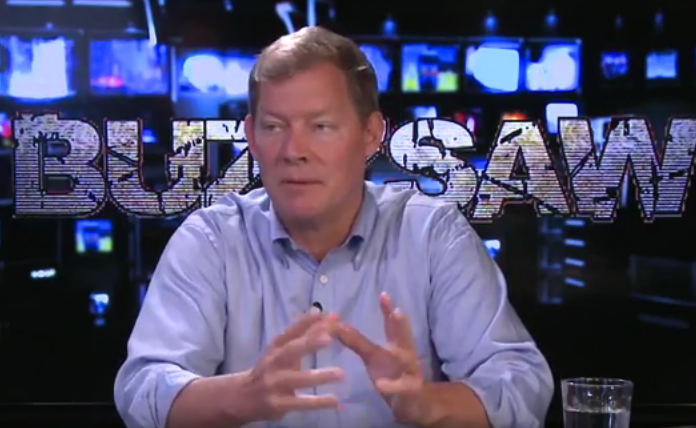 Answer:  From the very beginning, there were three fundamental aspects of the crime that were clearly being intentionally omitted from the reports provided by the government and controlled media:

On the other hand, the government and controlled media began immediately to push an obviously prepared explanation onto the public – before any evidence from the crime could even be examined. This is very telling.
Ehud Barak, for example, the former prime minister of Israel and commander of the covert Israeli commando force known as the Sayeret Matkal, happened to be in the studio of the BBC World television network in London – before the towers had even fallen – prepared to provide a plausible explanation for the attacks, in which Osama Bin Laden was blamed. What is very odd is that these earliest comments placing blame on Bin Laden soon became the official narrative of 9-11.

Question:  As an on-scene reporter, were you aware of any cheering or celebrations—such as those referred to by Donald Trump—of Arabs or Muslims after the tragedy?

Answer:  No.  Trump’s recollection is a false distortion of reality.  The news reports in the New Jersey Record, written by Paolo Lima on September 11, 2001, indicated that it was Israelis – most likely disguised as Arabs – who were celebrating as the towers burned.  There is no report, at least that I am aware of, of Arabs or Muslims celebrating in the vicinity of New York City.

Question:  What is the best evidence you can present that ties the Israelis directly to the 9/11 incident?

Answer:  The best evidence tying Israel to the 9-11 atrocity is the fact that the key people involved in every aspect of the crime and the cover-up are Israelis and Zionists, from A to Z.  Beginning with the predictions and ideation in the late 1970s, the setting-up and carrying-out of the crime, and through the non-investigation and cover-up, one finds a Zionist or Israeli at every key point where a decision is made to protect the guilty and promote the false story. The one-hundred percent consistency of Zionists and Israelis throughout the 9-11 saga provides compelling evidence that the crime is a Zionist/Israeli crime. 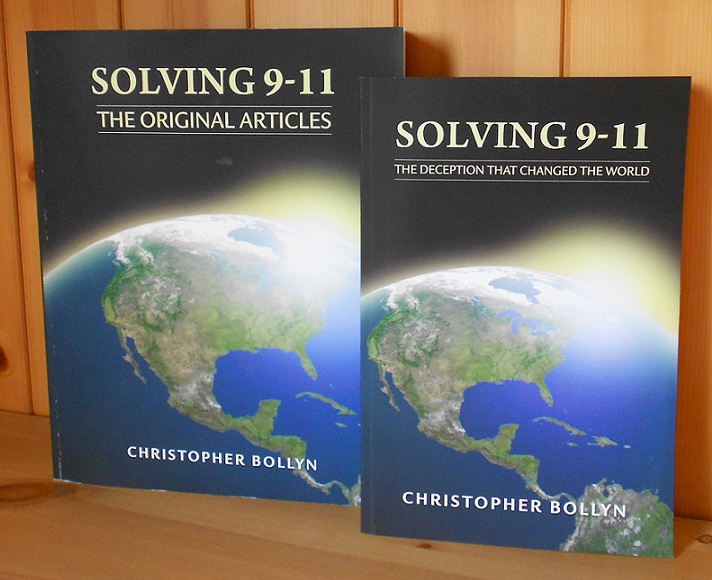 One really has to read both my Solving 9-11 books to understand the Israeli connections to 9-11.  There is no other source that provides this information.  This is also the reason I am persona non grata in the controlled 9-11 ‘truth’ movement.

Question:  Has your research uncovered any evidence of foreknowledge by anyone of the 9/11 incident?

Answer:  Yes, quite a bit. First, there was the film, The Medusa Touch – made by Israeli super-agent Arnon Milchan in 1978 – that depicts a Boeing 747 flying into a high-rise tower.  Then there was the uncanny prediction by Isser Harel, the former head of the Mossad, that ‘Arab’ terrorists would attack the tallest building in New York City – in 1980.  Then, in 2000, Milchan and his business partner, Rupert Murdoch, made a film in which a Boeing passenger airliner is remotely hijacked and flown into the World Trade Center.  I would say that these predictions and films demonstrate foreknowledge of the 9/11 plot.

Question:  How do you interpret statements by major figures like Rudolph Giuliani that he received a call “that the World Trade Center was gonna collapse”? Or WTC owner Larry Silverstein saying that he told them to “pull it”?

Answer:  These men were clearly among those who were forewarned of and prepared for, in varying degrees, what happened that day.  Silverstein was probably more ‘clued in’ than Giuliani, due to the fact that he owned or leased the three towers that fell on 9-11 – and his very close personal friendship with Bibi Netanyahu, which included a telephone call between the two men every Sunday afternoon, for years prior to 9-11.

Question:  Is the Honorable Minister Louis Farrakhan accurately presenting the facts when he said:

Wolfowitz had 10 years, now, to plan how they’re gonna clean out The Middle East and take over those Muslim nations.  They needed another “Pearl Harbor”:  They needed some event, that was cataclysmic, that would make the American people “Rise Up!” ready for war.  So they plotted, for 10 years—this “Project For A New America Century”:  [They] tried to put it in the Clinton Administration.  [Bill] Clinton refused.  But George W. Bush was agreeable.  In those 10 years, they plotted a false-flag operation…

Answer:  Yes, Minister Farrakhan is correct but the 9-11 plan is older than that.  From what I have found, it seems that the 9-11 plot was already planned back in the late 1970s – exactly the time when the Likud party came to power.

Question:  What are the implications, from your perspective, if the American public comes to believe that Israel was involved in (planned and carried out) the 9/11 attacks?

Answer:  If the American public comes to understand that 9-11 was an Israeli-run terror operation, it should lead to a much-overdue sea change in public opinion concerning the fraudulent “War on Terror” and U.S. financial, military, and political support for the Zionist-Rothschild state.
This, however, will not be easy.  The American public is very naïve and gullible – and deeply plugged into the controlled-media, which constantly reinforces the lies about 9-11 and the fraudulent “War on Terror.”
In spite of all the obstacles, which are numerous, we are making progress, but the most important thing is that we get the truth to a critical mass of the population so that we can create the conditions necessary to arrest and prosecute those responsible for this criminal atrocity.  This is the only way we can remove the Zionist criminal cabal that controls our government and media.