To:      Virginia Kruta, The Daily Caller

Re:      Your Attack on The Honorable Minister Louis Farrakhan

The headline to your column reads, “Louis Farrakhan Issues Sunday Call for an End to White Men.” Your headline is not only misleading but also inaccurate. The Honorable Minister Louis Farrakhan never said what you said he said. Either you did not hear and understand what he said or you purposely distorted, for your purposes, what he said. He said, “Some of the Jews were guilty of killing the prophets.” Did he lie? Not according to the Bible. The Bible verifies the validity of his statement. Read Matthew 23: 37-38, II Chronicles 36:16, Hebrews 11:32-36, and I Thessalonians 2:14. Then, for good measure, check out the 36th chapter of the Book of Jeremiah. Everything Farrakhan said is straight out of the Bible.

Also, you offer no comment on the charges that the Talmud levels against Jesus and Christians all over the Earth. Why? Is it because you accept what it has said about Jesus and his mother and the abominations the Jews have justified throughout the Talmud, namely pedophilia, sex with animals, homosexuality, Black people being labeled monkeys? Does it not concern you that the “pious” Jewish leadership calls for Jesus to be boiled in hot excrement and that they label his mother a whore? 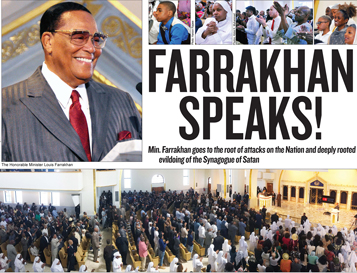 You decry The Minister’s message but you offer no proof or documented evidence to back up your opinions. Farrakhan spoke for several hours and all you abstracted from a high-level spiritual message was one theme that you proceeded to distort so that your distorted view would fit your publication’s conservative narrative and mislead your readership. Farrakhan cannot call for an end to the White man, any more than you or I can do such. It was God who permitted him to be made; therefore, only God can call for an end to His creation.

If you are going to spin The Minister’s comments, then quote him correctly. Otherwise, you are doing your readers a serious disservice. In the meanwhile, Minister Farrakhan is appealing to the critical thinker, one who can discern between truth and falsehood—and that discerning audience can see through your deceit and hypocrisy.

The history of offensive comments about Black people—originated and promulgated by rabbis of the Talmud—is longstanding. Demeaning Black people as animals was a concept promoted by the Talmudic rabbis, such as Moses Maimonides, in order to justify Black slavery. More recently, the Chief Rabbi of Israel, Yitzhak Yosef, called Black people “monkeys.” His office defended him by saying that the rabbi was just quoting the Talmud. Well, was kabbalist Roseanne Barr just quoting the Talmud when she referred to former presidential adviser Valerie Jarrett, an intelligent, honorable Black woman, as an ape? Roseanne Barr also used that word to describe Susan Rice, former United States National Security Advisor and U.S. Ambassador to the United Nations. Following the example of the Talmud, major media outlets also depicted President Obama and his wife as apes. 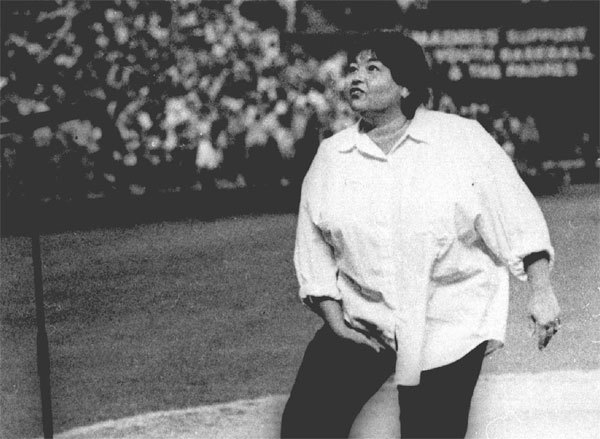 Ms. Barr can butcher the national anthem, grab her crotch, spit on the ground, and afterwards be crowned as one of the Queens of Comedy. Colin Kaepernick, on the other hand, can drop to his knee to protest violence and racism against Black people and he is dropped from the NFL.

The Hebrew word “kushi” is derogatory in contemporary Israeli speech. It is a pejorative: it is equivalent to the word “nigger.” Rabbi Yitzhak Yosef has been admonished by his fellow Jews for using that racist term to describe Black people, and yet that same rabbi is rewarded and revered. The Talmudic rabbi can call Blacks monkeys and niggers, and then he gets to bless the new Jerusalem Temple before a worldwide audience and he gets to bless Ivanka Trump and Jared Kushner. Farrakhan calls out the Talmudic racists and he is called an anti-Semite. Farrakhan points out the wickedness of the Talmudic Jews and he is vilified. How do you spell hypocrisy?

The Minister simply showed how the Talmud, the spiritual guide for millions of today’s Jews—including all the abovementioned racist Jews—has been used to normalize racism in the name of God. But you spin The Minister’s words in order to distort what he actually said. And then you are as silent as a church mouse when it comes to telling the truth that Farrakhan espouses. As he so forcefully taught last Sunday, two of the holiest books in the world of religion—the Bible and the Quran—charge Jews with diabolically altering the word of God for their own purposes. And right on cue, you, Ms. Barr, and the Daily Caller provide the absolute Talmudic proof.