According to Jewish historian Dr. Harold Brackman the Jewish Talmud is the source of the notoriously wicked Curse of Ham—which everlastingly condemns Black-skinned people to enslavement to Jews and whites—a Talmudic invention spread to the world. Brackman, who works for the Simon Wiesenthal Center, asserts  that Jewish rabbis invented and spread the teaching that ultimately became the ideological foundation of the African slave trade.

According to the Farrakhan-bashing Brackman, “There is no denying that the Babylonian Talmud was the first source to read a Negrophobic content into the [story of Noah].. . . The Talmudic glosses of the episode added the stigma of blackness to the fate of enslavement that Noah predicted for Ham’s progeny…”

— that these same rabbis taught that Africans had “kinky hair,” “swelled lips,” and “elongated penises” and that these “traits” were “curses from God Himself;

— that from ancient times the Jews’ most revered rabbis were unified and vociferous in their belief in Black inferiority; indeed Black inferiority was the only thing they all seemed to agree on.

The alleged “cursing” of Blacks by God Himself was entirely fabricated by racist rabbis to justify the massive Jewish involvement in the slave trade. 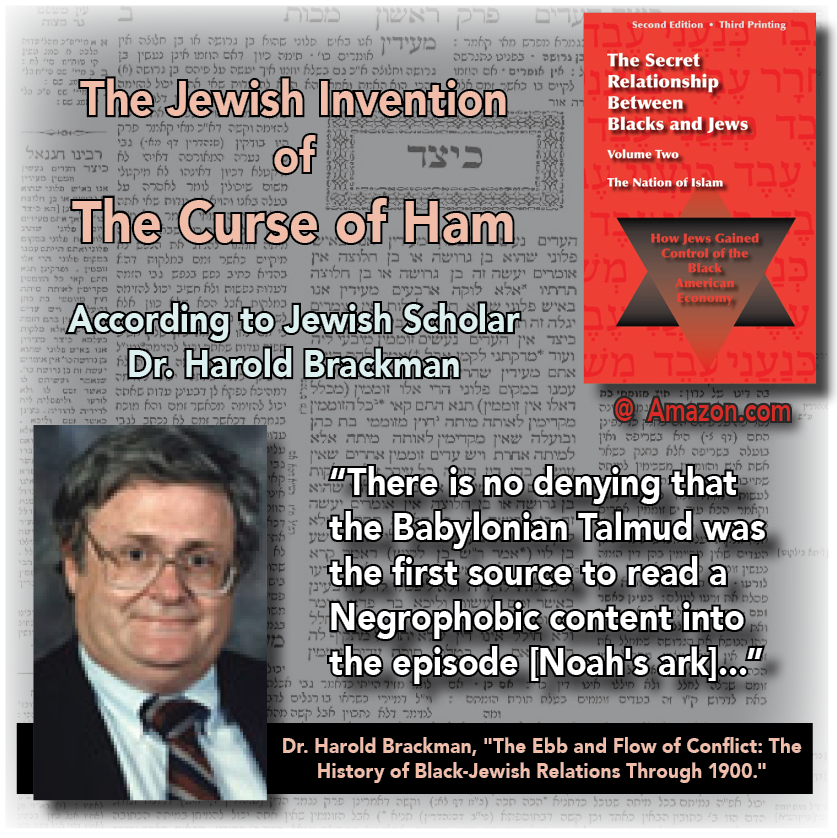