Even before the slaughter of the Pequod, the Wampanoag and the Mohegan, the African was already in use in Connecticut.  An African boy from Dutch Guiana entered Hartford as a slave in 1639 beginning 200 years of Black bondage in what would become the “Constitution State.”  By 1774 more than 7,000 Black people were enslaved in this “free” northern colony.

Ezra Stiles, founder of Yale, traded a barrel of rum for a Black man.  Daniel Brainard had “negro wench and a 14 year old negro boy.”  The slave ships Pride, Pompey, Darby, Prudence, Lively and Heron were all built in Connecticut.  The good white Yankees gave their Black slaves names like “Negro Ben,” “Prince Negro,” “Jupiter Negro,” “Solomon Scipio.”  A Mr. Easton of Middletown was one of the largest slave traders of his time; Godfrey Malbourne had 50 or 60 Blacks on his plantation. 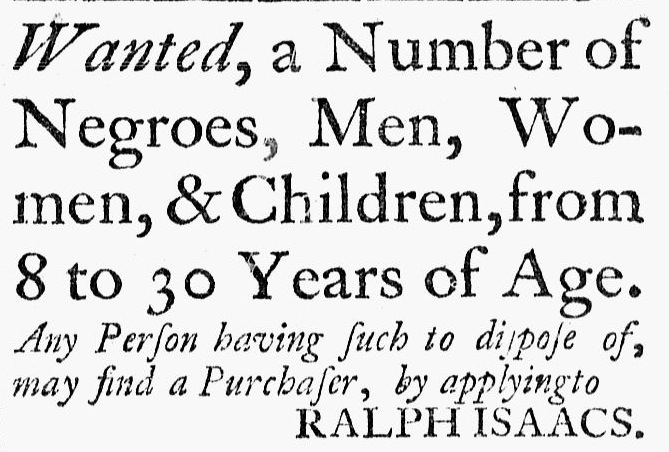 With more Black slaves per capita than any other New England colony, Connecticut Whites sought to manage their growing numbers.  Thirty lashes for striking a White man; No Blacks may own land in the state – “ever;” No Blacks shall learn to read or write; No Blacks shall own or carry weapons; Violators met with stiff penalties.

Some Connecticut Blacks fought in the Revolution with the expectation of obtaining their freedom.  They were sadly deceived.  Though their many heroic acts produced independence for the White man the condition of Black men and women was not improved.  In 1784, an official convulsion of compassion outlawed slavery – after 25 years of service!

When efforts were made to establish educational opportunities for the state’s Blacks they met with violent opposition.  An 1831 attempt in New Haven to found a Black vocational college was denounced and eventually crushed by the city council.  Later, when a Quaker endeavored to establish a primary school for “young ladies and little misses of color,” it actually caused a riot.  “We should not want a nigger on our common,” they cried as they passed a law against the “instruction of colored persons.”  After boycotts, threats, rocks, and the jailing of the headmistress, the white man came with axes, iron bars and destroyed the building.

Currently, Blacks are simply tolerated in Connecticut, still overwhelmingly providing the manual labor housed in despicable ghettos in the major cities.  The merchant and wealthy classes remain as white as a South African resort beach.  Providing none of the food, shelter, clothing and education they eagerly consume, Blacks in Connecticut are likely to satisfy their historical place among the colonist/conquerors.  But maybe that is good – they could have been Indians.