“I am not well enough versed in the politics of the ADL to know their motive in attacking the 9/11 Truth Movement. But we do know this: The physics of 9/11 is not anti-Semitic.” 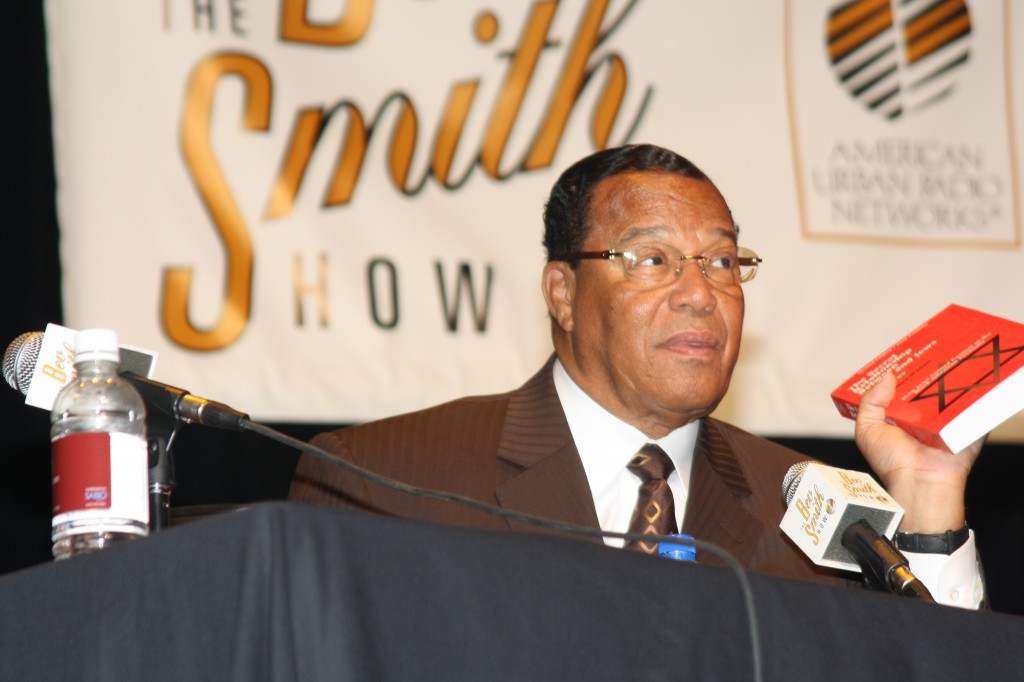 The incredible collapse of the three World Trade Center towers stunned the world, and appeared to most to be an act of “Islamic terrorism.” When the Honorable Minister Louis Farrakhan asked Nation of Islam scholars to examine the growing controversy about the strange circumstances around the attacks of 9/11, he insisted that they consult the leading scientists.  Architects & Engineers for 9/11 Truth is an organization of 2500 of the top professionals in the fields of architecture and engineering who say that the buildings were brought down NOT by planes, but by pre-planted explosives. Architect Richard Gage, AIA, presented AE911Truth’s findings to the Nation of Islam in February of 2012, so when the ADL national director Jonathan Greenblatt attacked The Minister on the issue of 9/11, we asked Mr. Gage whether Minister Farrakhan’s view of this crucial issue was true:

Q: In February 2016, the Honorable Minister Louis Farrakhan reflected the doubts many have about 9/11? He said:

I watched in horror that morning seeing planes fly into the Twin Towers; and afterwards, I saw the Twin Towers fall down—like a building imploding (fell right down in its own tracks).  But nothing happened to Building 7 until that evening!  And then Building 7 went down (47 stories high).  All three Buildings went….But there were those on the scene who heard explosions! … Twenty-nine hundred (2,900) people from different parts of the world lost their lives—policemen lost their lives, firemen lost their lives, EMT[s] lost their lives; and many people died afterward just from inhaling the dust….and George Bush was in Florida in a school, reading a book to babies.

Mr. Gage, since you presented your findings at the Nation of Islam’s Saviours’ Day Celebration in 2012, what new information have you learned about the World Trade Center collapses?

ANSWER:    The evidence has remained consistent since 2012. We have found more ways to present it to greater audiences who seem eager for additional resources with which to educate their friends, colleagues, elected reps, media personnel, and academics. Particularly our new 50-page booklet at www.BeyondMisinformation.org , or the $215K dynamic computer analysis of the collapse of WTC 7 at the Univ. of Alaska at www.WTC7Evaluation.org , and our latest film, which we are screening across the US right now, Firefighters Architects Engineers: Expose 9/11 Myths and its 3-min trailer.

The firefighters of New York have now joined the architects’ and engineers’ call for a new investigation. What evidence led them to question the official story?

ANSWER:    There are several former FDNY fire fighters that question the official story of 9/11 and support AE911Truth such as Rudy Dent and others that signed a statement of support at Firefighters for 9/11 Truth and Unity, founded by former Seattle firefighter Erik Lawyer.

What is the best evidence you can present that proves that explosives and NOT PLANES brought down the WTC buildings?

ANSWER:   Well, here is what we presented to the American Institute of Architects as such:

Issues for the American Institute of Architects

The controlled demolition theory has been subjected to thousands of hours of consideration by qualified professionals. Peer-reviewed papers have been published, showing why the official account is impossible. We acknowledge that there are other conflicting papers, but when there are conflicting papers on such an important issue, then more investigation is required.

WTC Building #7, a 47-story high-rise not hit by an airplane, exhibited all the characteristics of classic controlled demolition with explosives:

In the aftermath of WTC7’s destruction, strong evidence of demolition using incendiary devices was discovered:

As seen in this revealing photo, the Twin Towers’ destruction exhibited all of the characteristics of destruction by explosives:

The three high-rises exhibited none of the characteristics of destruction by fire: 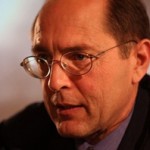 Serious Questions Unaddressed by the American Institute of Architects:

Our 1,900 A/E petition signers ask the difficult questions and document the problematic observations below, which are just a few of many that remain unanswered or ignored by NIST as well as the AIA, and obscured by Popular Mechanics – the so called “debunker” of the alternative theories about the catastrophic destruction on 9/11:

“…we are unable to provide a full explanation of the total collapse [of the Towers].”[xix]

They did not even attempt to “analyze the structural behavior after the initiation of collapse.”

Are you aware that the same architectural firm that designed WTC7 also designed Trump Tower? Should Donald Trump be concerned that a small fire may collapse Trump Tower.

ANSWER:   There have been no changes to the portions of the International Building code that govern high-rise structural engineering as a result of the 3 major catastrophic high-rise collapses on 9/11. So, yes, if the official story of these collapses is to be believed, then, yes, hundreds of high-rises in our country, including the Trump Tower, are susceptible to free-fall collapse as a result of “normal office fires,” which are the official cause of the collapse of 47-story WTC Building 7.

Has your research uncovered any evidence of foreknowledge by anyone of the 9/11 incident?

ANSWER:   There is ample evidence of the foreknowledge of the destruction of WTC 7. Here is a quick summary.

Is the Honorable Minister Louis Farrakhan accurately presenting the facts when he said:

Wolfowitz had 10 years, now, to plan how they’re gonna clean out The Middle East and take over those Muslim nations.  They needed another “Pearl Harbor”:  They needed some event, that was cataclysmic, that would make the American people “Rise Up!” ready for war.  So they plotted, for 10 years—this “Project For A New America Century”:  [They] tried to put it in the Clinton Administration.  [Bill] Clinton refused. But George W. Bush was agreeable.  In those 10 years, they plotted a false-flag operation…

ANSWER:   He may very well be correct; however, this subject is well beyond the technical expertise of the Architects & Engineers for 9/11 Truth.

What are the implications, from your perspective, if the American/world public comes to believe that the 9/11 attacks were controlled demolitions AND NOT Islamic terrorism?

ANSWER:   We at AE911Truth have presented the evidence for the controlled demolition of the three WTC skyscrapers worldwide for the past 10 years. When the American and world public learn of it en masse and digest its implications, I truly fear the wrath let loose upon the perpetrators and the silent consenters – and can only hope that the outcome is a peaceful transformation of our society and its government to one that never again tolerates such abuses of power.

Mr. Gage, the ADL has been particularly vicious in attacking the 9/11 Truth movement. What is their motive?

ANSWER:   I am not well enough versed in the politics of the ADL to know their motive in attacking the 9/11 Truth Movement. But we do know this: The physics of 9/11 is not anti-Semitic.

For an excellent 15-minute overview of the findings of the Architects & Engineers for 9/11 Truth, hosted by Ed Asner, watch this:

Richard Gage, AIA, is an architect of 25 years and the founder and CEO of Architects & Engineers for 9/11 Truth (AE911Truth.org), a 501(c)3 educational charity representing more than 2,000 degreed/licensed architects and engineers who have signed a petition calling for a new, independent investigation, with full subpoena power, into the destruction of the Twin Towers and the 47-story World Trade Center Building 7 on 9/11. The more than 17,000 non-A/E signatories include many scientists, attorneys, and other responsible, educated citizens in the US and abroad.

The inadequacies of the official “investigations” carried out thus far have been brought to the attention of the media and many members of Congress by individuals and grassroots organizations, dating back to 9/11/2001. Former FBI Assistant Director for Counterterrorism, Michael Heimbach, praised the work of AE911Truth, citing that it was “backed by thorough research and analysis.”

Physics instructor David Chandler, who noted that his analysis forced NIST to correct its flagrant misstatement about the descent rate of WTC Building 7, appears in our recent documentary film, 9/11: Explosive Evidence – Experts Speak Out. So does Bob Bowman, Ph.D., Lt. Col. USAF Ret., former head of the Air Force “Star Wars” Strategic Defense Initiative program, saying “When I saw the Twin towers fall down I knew this could not happen, those airplanes and those fires could not cause the buildings to come down the way they did.”

Here are a few statements from among the 43 building and demolition professionals that we have interviewed in the ESO documentary:

“On Sept. 11 when I saw the Twin Towers coming down, I knew that it had to be controlled demolitions we were witnessing.”

“The tops of the buildings were basically disintegrated. I have ‘known’ from day one that the buildings were imploded and that they could not and would not have collapsed from the damage caused by the airplanes that ran into them.”

“Structural steel frame high-rise buildings simply do not collapse due to fire.”

“I knew from day one this was a controlled event. What I saw was a classic implosion. The center of the core; the penthouse area [of Building 7] starts to move first, and then the rest of the building follows along with it.”

“The ejection of building materials out of the sides of the buildings, and the manner and speed at which they fell, exhibited all the signs of controlled demolition.”

“What really concerns me is we’re beginning to live in a society that is rebellious against science. It’s important that all of us with the technical expertise speak out on the 9/11 issue.”