The police should ask Rudolph Giuliani
who gave him advance notice that the Twin Towers would collapse?

Our Sweet Sister Beyonce performed at the Super Bowl near San Francisco and paid respect to the iconic Black Panthers human rights organization, which got started in that history-rich city. In her own inimitable way Beyonce and about 30 of her well-formed sisters used their performance of her new song “Formation” to send a message about race relations that most white Americans don’t necessarily want to hear. Historically, Black artists have been sent around the world by the U.S. government to “prove” to the world that despite the water hoses, attack dogs, police brutality, denial of the vote, and total economic repression, Negroes loved America. Musician Quincy Jones recalled that Black jazz artists were sent around the Middle East and even into nations experiencing violent rebellions, on State Department tours: “They’d rush us over [Jones laughing]…‘Get in there quick,’ you know, almost like ground troops, they’d send the Black man over there.” 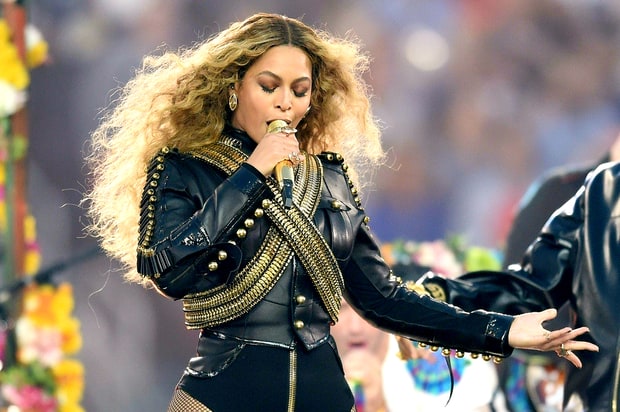 The Harlem Globetrotters, singer Marian Anderson, trumpeters Louis Armstrong and Dizzy Gillespie, poet Maya Angelou, and other Black cultural giants were all unwittingly used in this propaganda mission. The Central Intelligence Agency (CIA) arranged with Hollywood to slip what they called “affluent-looking” Blacks as extras into several Hollywood films that were bound for the foreign market, in their effort to counter communist criticism of American racism. The Eisenhower administration used “symbolic” Black appointees solely to provide “a visible counterpoint” to the accurate Soviet charges of American racism. Beyonce reversed that dark history and opened up the world stage for Black artists to say what they feel and say what they mean.

She follows a tradition that whites have worked hard for us to forget or ignore. James Brown’s “Say it Loud, I’m Black and I’m Proud,” Billie Holiday’s “Strange Fruit,” Michael Jackson’s “They Don’t Care About Us,” Public Enemy’s “Fight The Power,” and Jimi Hendrix’s “Star Spangled Banner” are all artistic expressions of Black political protest, and now we add Beyonce’s “Formation” to that honor roll.

Minister Louis Farrakhan backed Beyonce’s move: “We say to the hip-hop community—to our cultural giants—say what you feel. Put it out there! With strength! How you love your black self and you want to see black people free. We’ll back you up.”

But the critics cried that she shouldn’t have brought up that “black stuff.” The white owners of the Carolina Panthers and the Denver Broncos fielded teams on that 50th Super Bowl that were more than 90% Black, Black, Black. Thus, Beyonce’s dancers were an almost perfect racial reflection of the field itself. Had the players not been nearly all Black, it is doubtful many would have tuned in or attended. And therein lies a real problem for white people. If America’s Black athletes and entertainers actually leverage their economic power and realize that if they withhold their “services,” the profitable world of the all-white team owners, managers, lawyers, agents, bookies, broadcasters and other racist exploiters comes tumbling down. And the NFL’s $9.17 billion annual revenue goes from white to Black pockets—where all the talent lies. When the University of Missouri football team simply refused to lace up their cleats in 2015 in protest of racist campus policies, an incredible convulsion of white “justice” resulted.[1] To whites this is the racial Zika virus they have always feared, and Beyonce has opened the floodgates. 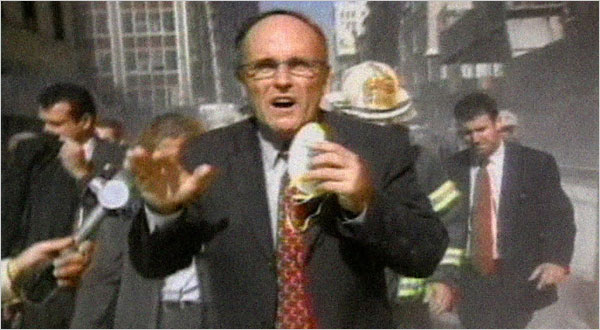 So in response, fearful whites sent their top attack dog to the front lines to speak up for police. Though her lyrics make no mention of the police, former New York mayor and failed presidential candidate Rudolph Giuliani went on Fox to denounce Beyonce: “I thought it was really outrageous that she used [that] platform to attack police officers who are the people who protect her and protect us, and keep us alive.”

Giuliani ignited an angry wave of police pronouncements against the entertainer, including calls for police to boycott her new world tour.

Frankly, the police have a FAR bigger issue to work out with Giuliani than some halftime show. Beyonce may have caused some to spill their Budweisers, but Giuliani has some spilt blood he must account for. The self-proclaimed “America’s Mayor” has become the spokesman for police because he is thought to have exemplified bravery and leadership during the 9/11 “attacks” in 2001.

But have the police truly investigated their leader and his role in the carnage in their ranks on that fateful day? On September 11th, 2,977 people were killed, 411 of whom were emergency first responders. This included 343 firefighters, 60 police officers, and 8 EMTs in New York City who responded to the World Trade Center crime scene. The vast majority of these fallen heroes were white.

Those 411 valiantly charged into those twin towers to rescue the trapped occupants and to put out the fires, having no idea that the World Trade Center buildings were going to fall. But Giuliani knew. He told Peter Jennings at ABC News about “when we were told that the World Trade Center was gonna collapse.”[2] This is incredible, but the police outraged over Beyonce aren’t asking Giuliani to explain who exactly warned him, and how did his informant(s) know?

Was it the same person or people who bought an unusual amount of stock in American and United Airlines the day before 9/11, betting that the stocks would go down for those two companies whose planes were used in the “attacks”? Should not Giuliani at least want to know who those Wall Street traders were, and if they have Arab names? Referring to that unusual stock market activity, a Bloomberg Business News analyst remarked, “This would be one of the most extraordinary coincidences in the history of mankind if it was a coincidence.”

Was Giuliani warned by the Israeli instant messaging company “Odigo,” which sent a text message warning of the “attacks” two hours before they occurred?[3]

Did Giuliani’s advance warning come from World Trade Center owner Larry Silverstein, who admitted to having been involved in the decision to detonate his three buildings?[4]

Did Giuliani get a call from the Israeli Mossad front business “Urban Moving Systems,” whose employees were caught filming the World Trade Centers before the first plane hit? They were arrested by a police officer after they were seen cheering at and even “dancing” over the carnage.[5]

Can Beyonce’s Super Bowl performance be as important to the families of the 911 emergency first responders, who perished because they DID NOT get the same advanced warning as Mayor Rudolph Giuliani? Deep down the police know that these questions must ultimately be answered, and they know that Giuliani’s attack on Beyonce is a public relations diversion and will not get justice for their fallen comrades.

Nearly 2,500 American architects, engineers, and firefighters have formed an organization that wants to get to the bottom of the 9/11 crime of the century.[6] They have rock-solid evidence that explosives were used in a “controlled demolition” and that the “Moslem hijackers” story is a fairy tale. The police have superior investigative skills and so they know that all the questions these scientists raise are valid. Beyonce’s legendary force of social media supporters known as the Beyhive can best defend their champion by forcing Giuliani to come clean. The police should not accept Giuliani’s racist ploy and instead should start asking him some hard questions. And those questions are what Giuliani fears most.

For more on these and other questions, start with the following website: http://www.911truth.org/.