The Messenger of Allah, The Most Honorable Elijah Muhammad, addressed the “Uncle Tom” phenomenon in several passages of his writings and lectures: 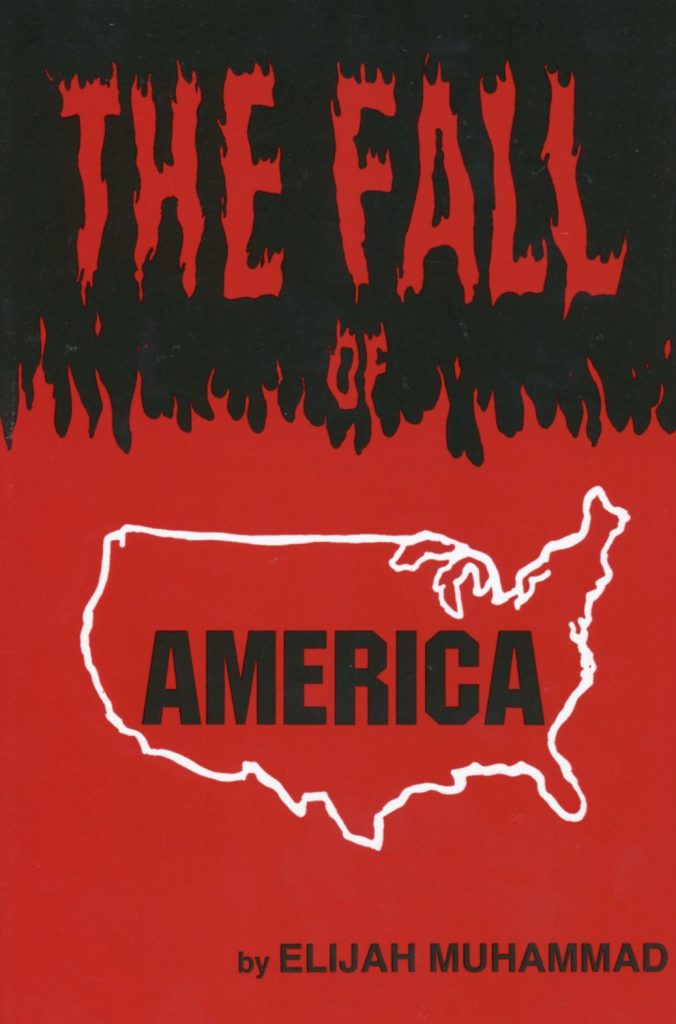 They must be separated. America will not agree to see the Negro separated from her until she has suffered divine punishment, as Pharaoh suffered. The same thing that other evil nations suffered before them is now coming upon this people.

She seeks to keep her slaves robbed of opportunity and wealth. She envies success coming to American Negro free slaves. She charges them high prices to keep them down. She deceives them through a few of what we call “Uncle Toms” in the political circle, clergy class and all professional classes.

She offers them little favoritism to help her work against their own people—the Black people. But they, too, will suffer along with the enemy of justice of the poor so-called Negro.

They offer high positions and money to the so-called Negro intellectual politicians who will work against the good of the Black American people. They will accept such gratuity, for they have been deprived of love for self and kind. What do they care about the millions who are sprawled in the mud of civilization? They are content as long as they eat the buttered biscuit and the fried chicken (as their slave-fathers did).

You would not think that they would hire themselves out to be stool pigeons— white man’s bootlickers and Uncle Toms in these modern times of advanced education—but they are doing just that.

The white man is very clever in making a public fool of the Black man. They show the brown, yellow and red man what a good job they have done on the Black man in America and throughout the earth. He is doing what nature bids him to do.

The Black man in America is no longer willing to listen to misguided teachings of his modern-day elders called Uncle Toms. This is why the Uncle Toms are disturbed. This is why their white masters are concerned. And well they might be, for the day when the Black m[e]n of America will scratch where they don’t itch and laugh, when they are being kicked, is over. 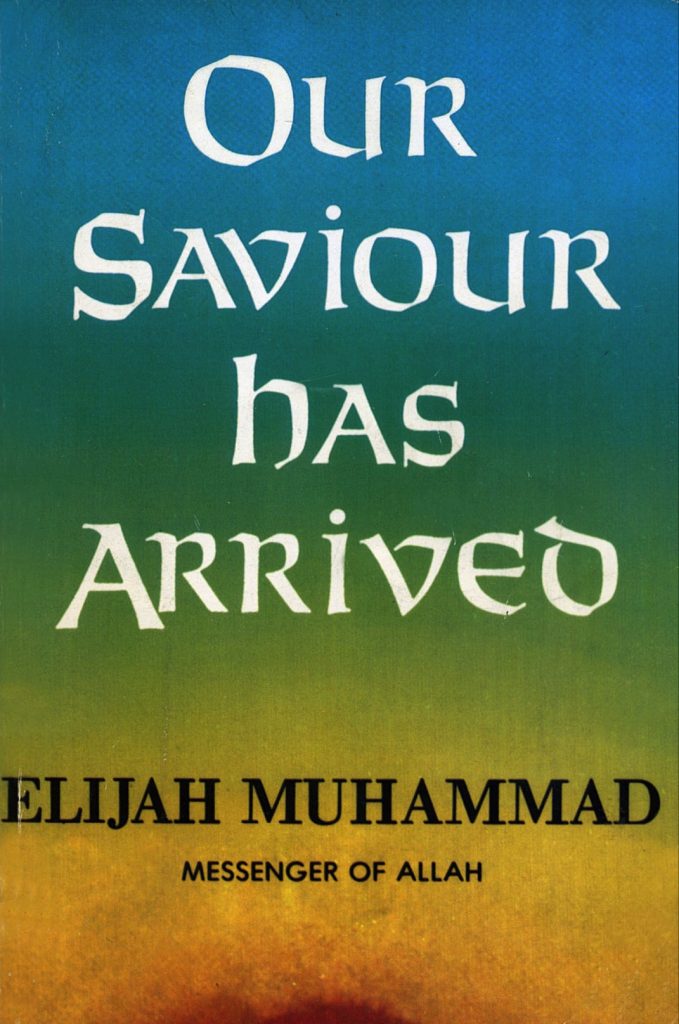 We, the Black nation, today with the knowledge of the truth cannot accept leaders made and offered to us for our guidance. I warn each of you to no more accept the white man’s made or chosen leaders for you. This is what has kept us bound in the mental chains of slavery since the days of slavery. Our leaders are by their choice. These kind[s] of leaders are Uncle Toms who are licking the boots of the white man for his pleasure and wealth regardless of what happens to you and me; for they care not.

There are thousands and tens of thousands of American so-called Negroes and in those tens of thousands are such professional and educated class of people as preachers, ministers of the white man’s Christianity, even scientists, scholars of many kinds and technicians of all kinds who have become submerged into the love and worship of the white race because of advantages.

Today they preach the gospel of being an American citizen and worship equally their intermarriage with white Americans who used the black women from the time they were brought here 400 years ago until this very day, as they would their stock and cattle.

It is a perfect shame and disgrace to see men of the black nation professing themselves to be spiritual guides of God and His people, endorsing and backing the rule of enemies who have spoiled and exploited them to the extent that they are not recognized even among their own kind outside America. These ignorant black people will oppose anyone who preaches freedom, Justice and equality and some of this earth that we can call our own.

It is clear that such a spiritual leader as this is more an enemy to his people than the real devil (Caucasian). They want to please the enemy at the expense and destruction of their own people. They are more upset (the clergy) over the preaching of justice for our people and a home on this earth that we can call our own than the white man himself.

They hope, as I said, to always say, preach, teach, pray, sing and act in a way which pleases the slave-master of their fathers and his children. They are a class of “Uncle Toms” and “Stool Pigeons.” 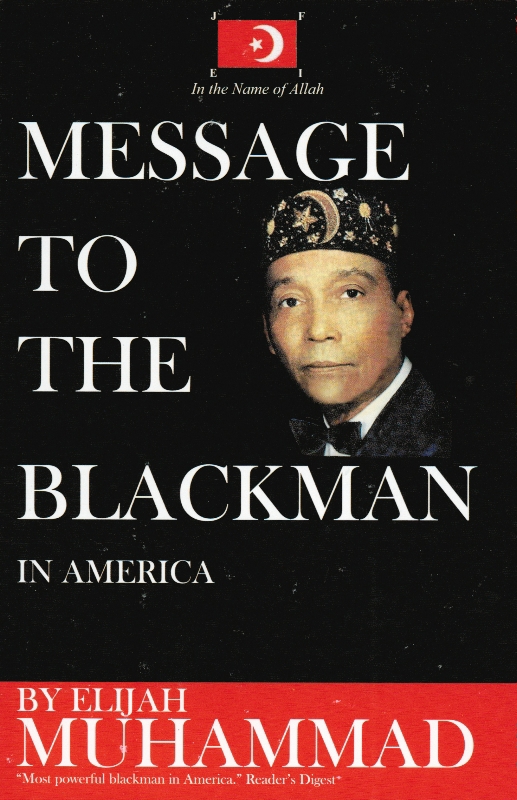 They are the first to go to the policemen and F.B.I. seeking persecution for those who stand for freedom, justice and equality and independence for the black man of America by their admired and worshiped enemy (the white race). They will accuse them of trying to overthrow the government or even of causing trouble.

The white man has looked into their faces many times as into their children’s faces and cursed them and called them Black Negroes and told us to our faces that they hate us and should kill us.

All of my life I have heard this, and all of their lives they have heard the same from the mouths of these people. But today they wish to save their skin by sacrificing their poor, blind, deaf and dumb people to the destroyer for their own selfish gains.

I have begged and begged for many years for just a conference with them, but they will not come near. But they will go to the white man and beg him to drive Elijah and his followers out and even kill them. This is the enemy, but Elijah Muhammad is laid as a stumbling stone. That stone that has been rejected by the builders. Whosoever falls on that stone will be broken to pieces, and whosoever the stone falls upon will be ground into powder.

No wonder the Bible says, woe, woe unto such professional class that stand in the way of those who would enter the Kingdom of Heaven. They refuse to go in themselves and seek to prevent those who are trying to enter.

I am sorry for my poor people who should be helping in the right way to get a permanent future of freedom, justice and equality and who now, due to fear, are doing everything to oppose it. They are dumb enough to the knowledge of the scripture of what God has prophesied He would do in this day and time, and they make mockery even of the Messenger of God because God did not choose one of them or one of their proud politicians. They make mockery of him as being too ignorant to lead them.

But let them tell you what type of an Apostle or prophet God promised them. Was it a man from some of the enemy colleges and universities with an arm full of degrees coming from these institutions of learning of the enemy?

Let them read their scriptures and see what type of man God promised to choose for a last messenger. How many of the prophets in the past were educated men of the civilization in which they were born before the call of God?

What actually is preventing this unity of 22 million or more of us is the ignorance and foolish love and fear of our enemies in the professional and leadership class of this nation of 22 million black people up from slavery.

These are disgraceful “Uncle Toms” in a world of freedom, learning an advanced science in every branch of study. How long shall we seek the white men’s education to become their servants instead of becoming builders of a progressive nation of our own on some of this earth that we can call our own?

Elijah Muhammad, “On ‘Uncle Toms’,” Message To The Blackman In America (Chicago: Muhammad’s Temple No. 2, 1965), p. 320 (excerpt from an interview granted to the National Educational Television Network; the series of interviews were conducted by the staff of San Francisco station KQED).

“That doesn’t mean that we are in any way aggressive toward them and seek an aggressive act. We only just criticize them for being like that.

“I love all my people, and I believe one day they all will believe as I believe. If they don’t, the prophets have lied—and we just can’t make liars out of them.” 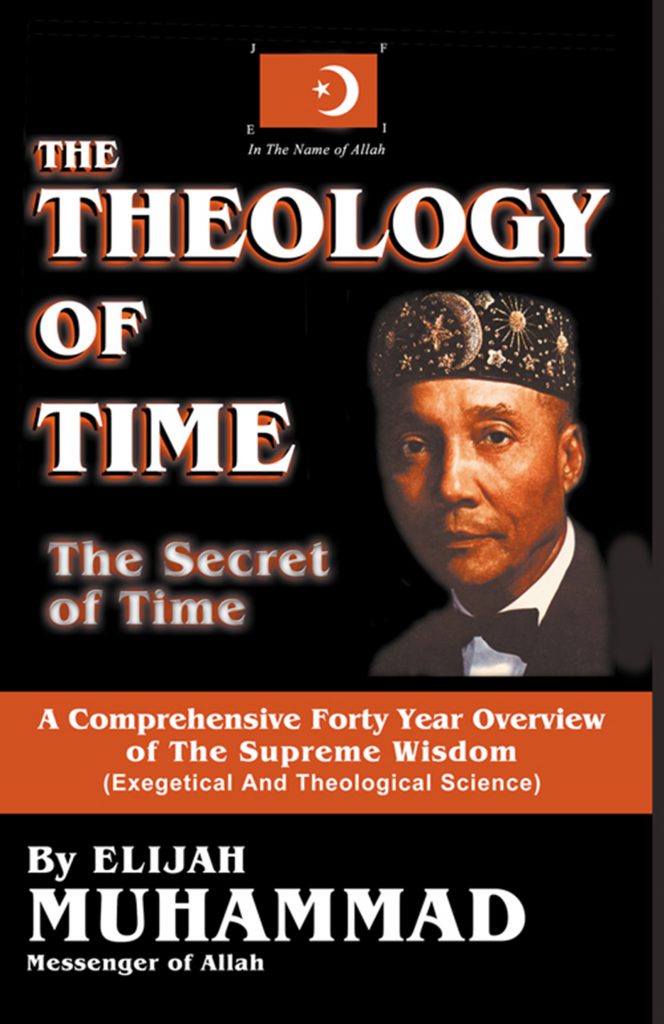 The Honorable Elijah Muhammad, “THE THEOLOGY OF TIME” lecture, June 11, 1972:

I say brother and sisters, wake up. This is the height of ignorance: A Black woman wanting to marry a White man–her murderer. Or a Black man wanting to marry a White woman–his murderer. You must remember the parable of Delilah [Judges 16:4-31] was for her people and not for Samson, because Samson was a strong man that her people didn’t like and she only wanted to find out his wisdom and strength. It shows how he tried to shun her, but later gave in, because she was unalike and she was much smarter than Samson in wisdom; therefore, she could force Samson to give up himself to her. Remember, that [scripture] was put there for us. We are the Samson of the time, but we can destroy ourself—pardon me, ourselves, by giving over to the enemy all of our secrets. Some of the brothers call them Uncle Toms. I don’t think [w]e should put the “Uncle” there. 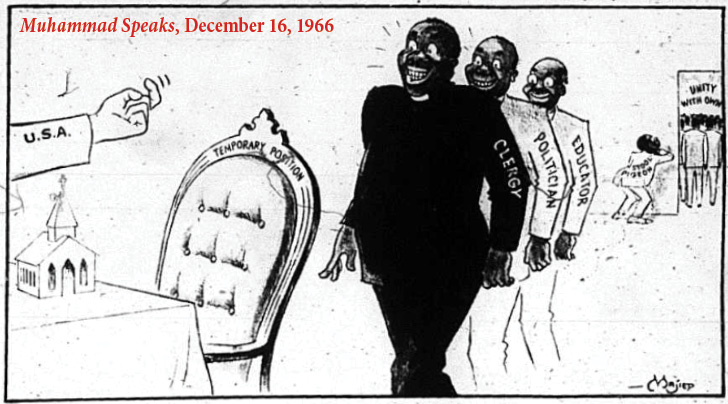