A Mississippi Jewish Merchant Explains How to Control Blacks

THROUGH HIS PLANTATION STORE

“He is a merchant, the balances of deceit are in his hand: he loveth to oppress.” —Hosea 12:7

In Meridian, Mississippi, Robert Somers reported that much of the storekeeping business was conducted by Jews who “make no secret” of their high-interest cotton liens:

These people are sent down by firms in New York and other large towns…to advance money on cotton at the approach of the picking season at as much interest as they can extort. 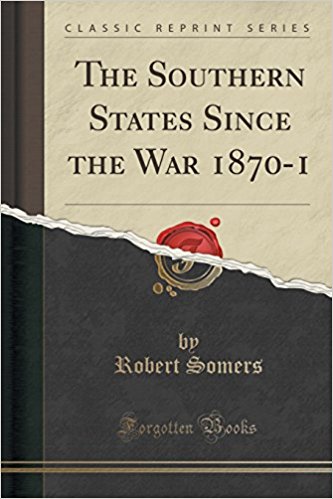 Somers had a revealing discussion with an “ingenuous Jewish trader” in Mississippi named Solomon, who candidly told of the 100 percent markups he charged for staple items. Then, in his Eastern European dialect, as recorded by Somers, he admits to having a large role in the economy of his Mississippi town. He tells Somers that his store is not merely a tiny mom-and-pop catering to the Black cotton pickers; rather, “De store ish de inside of de plantation.”

With an air of absolute entitlement, Solomon talks about how he manages the lives of his Black charges through the power granted to him by the crop-lien system. He tells Somers, for instance, that the “monthly ration of a negro field-hand” is:

[It should be noted here, and with great emphasis, that Mr. Solomon, an immigrant Jew and private citizen, admits to “rationing” necessities for a presumably “free” people, Blacks. He is not “rationing” for a single Black, but for an entire community of Black farmers of an unknown size. He is of the belief that he has the perfect right to perform this role—even considering it a responsibility. Nowhere in the annals of Jewish American history is there any reference to, or thought of, the “rationing” of necessities or any other commodity to Jewish people as individuals, families, or as a community—much less that Black private citizens might be in charge of it. This systemic racism, built into the very structure and consciousness of American society, is tragically unique to the Black experience in America.]

SOLOMON: “Why, de white planter is very poor, and de negro, who sometimes raises crop for himself, is very idle, and knows no accounts [financially naïve]. He comes to me and says he will raise crop if he is fed and gets clothes, and we say, ‘Well, raise crop and we shall see.’”

SOLOMON: “Do? We do great deal. I have three horses riding on saddle—my own one of de best pacers in de country; and when Sunday comes I say to my clerks, ‘Go you dis way and dat,’ and I go de other, and we see how de work is going on; and if negro is doing nothing we put them all,” with a wave of his hand, “outside.”

SOMERS: “Beg your pardon, Mr. Solomon, but what do you mean by putting them all outside?”

SOLOMON: “Outside, ish it?—outside de store, of course. De store ish de inside of de plantation [keeps the plantation running]. If de negro wants bacon or molasses, we give him half de quantity or none, and planter de same. His wife wants silk gown; we give her cotton one or none….[The] black man must eat, and if he not work we put him outside with lien on his crop.”

According to Somers, Solomon took liens on cotton, hides, and other farm produce “at prices which enable him to turn them over with another profit in New Orleans or Memphis.” Consequently, Somers says, “in two or three years he ought to be very rich.” He continues:

[His] Dry Goods and Notions Store…flourishes here as elsewhere in the United States, and dispenses its…wares at prices 200 to 300 percent above their real value. A pair of coarse negro boots, one of the cheapest articles in the stores, is charged five dollars. The Northern manufacturers themselves are sometimes astonished at the retail prices of their goods in the South….negro freedmen [are] living or attempting to live in the remotest parts of a vast territory, where the effect of monopolies and artificial restrictions is to bring the article wanted to the poorer consumer at a price to him much more severe.

Further, this merchant-rationed “diet” led to widespread malnutrition and disease among sharecroppers, who suffered from malaria, pellagra, and hookworms. Further, the merchant reserved the right to provide rations solely to those in the family that worked in the fields, and not to those children who attended school, a clear disincentive to educate Black children.

READ MORE (including ALL related footnotes) in The Secret Relationship Between Blacks & Jews, Vol. 2: 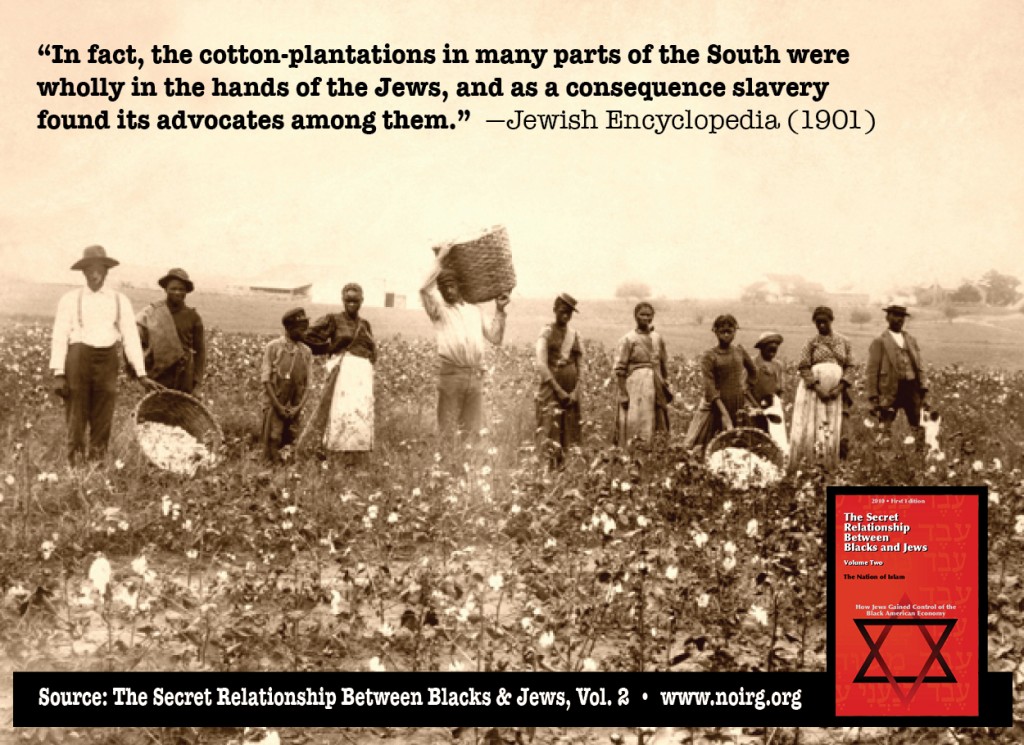