These are three of the white man’s greatest propaganda hits from the government through its media:

(2) “We must stop communist aggression!” and

What those dire statements really mean is that wealthy whites have located some desired natural resource—be it oil, gas, a cheap labor pool, a strategic location—that they intend to control or steal wholesale. All of a sudden a theretofore unknown “enemy” will appear—a machete-thrusting “terrorist,” a masked “guerrilla army” performing drills on monkey bars, or rifle-carrying “rebels” in Toyota trucks careening on some sandy backlot—and the naïve American citizenry cowers and demands that the Pentagon crush the social media video invaders. 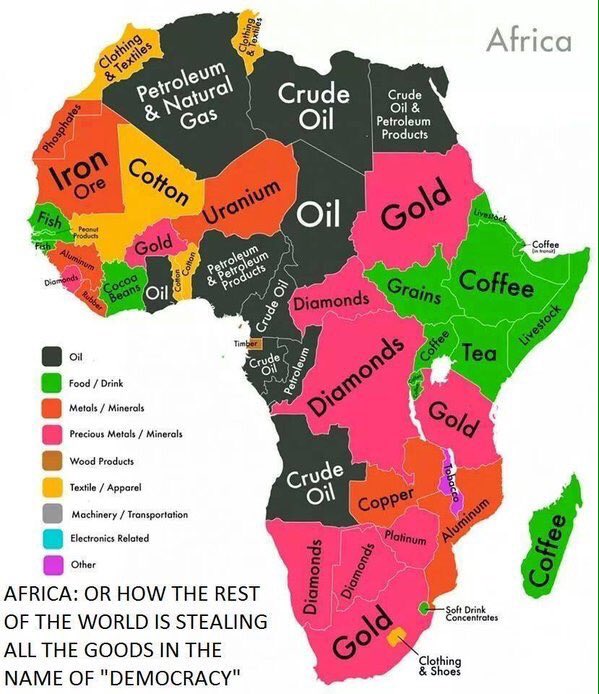 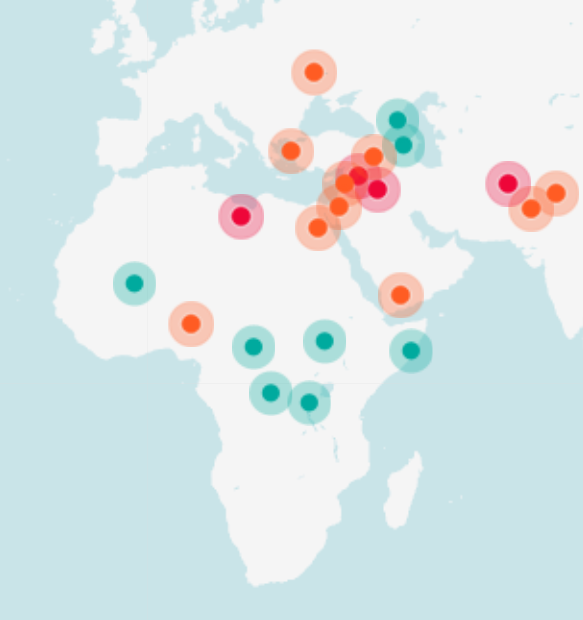 Whites have warred their way through history “saving” Native peoples—but only those who happen to live where SUGAR or COTTON or TOBACCO is grown best, or wherever DIAMONDS and GOLD are discovered, or where OIL is plentiful. All human beings with an ounce of intelligence know that America and the West are in the Middle East for oil, oil, and more oil—a.k.a. industrial crack. Yet not a single politician, diplomat, or journalist will even utter the word.

The claim of “terror” simply allows cross-border access to wherever oil and precious metals can be found. There is no “terrorism” in countries where broccoli or artichokes are the main commodity.

Centuries ago the European powers would send “Christian missionaries” into countries that had coveted resources to “correct” the religious vision of the Native peoples until their God was made white—theft, landlessness, slavery, and death soon followed. Today the international bankers at the International Monetary Fund (IMF) and the World Trade Organization (WTO) stand in for the pope and with their usurious loans and trade deals create a debtor people whose leaders are then forced to comply with the West’s covetous aims. Should the leader of that Third World nation balk at the shakedown, he will become the “air machete”-thrusting dictator “killing his own people”—cue the media, then the Pentagon. Then press repeat.

“The trouble is that we live in a failed system. Capitalism does not permit an even flow of economic resources. With this system, a small privileged few are rich beyond conscience and almost all others are doomed to be poor at some level…That’s the way the system works. And since we know that the system will not change the rules, we’re going to have to change the system.”

[from the book HOW WHITE FOLKS GOT SO RICH: goo.gl/kXcuAc]