by Dr. Ridgely A. Mu’min Muhammad

It would seem that anyone wanting to defend the present people who call themselves the Children of Israel would fight Minister Farrakhan on this issue of the historical accuracy of the Exodus, given that it is the belief at the very foundation of their claim to the state of Israel.

In no uncertain terms he declared, as the Honorable Elijah Muhammad taught him, that the Black man and woman of America are the real Children of Israel, and that “Israel” represents all of the White race and not just one of its tribes. In subsequent messages on July 11 and October 3, he continued to make this position abundantly clear.

The Honorable Minister Louis Farrakhan gave an historic address at the Atlanta Civic Center on June 26, 2010 that may prove to be the speech that brings down the “old house of lies” that upholds the architecture of White Supremacy. While announcing the publication and release of The Secret Relationship Between Blacks and Jews, Volume 2, Minister Farrakhan gave a clear statement of who the real Children of Israel are.

The Minister boldly stated that there was no historical or archaeological evidence of the Jews ever being enslaved in Egypt, and even brought up the debate between former Egyptian President Anwar el-Sadat and former Israeli Prime Minister Menachem Begin, where Sadat emphatically denied that the Egyptians had ever enslaved the Jews and that the Jews had no hand in the building of the pyramids.

The claims of modern day Jews as being “God’s Chosen People” is based upon their claims to have fulfilled the prophecy of Abraham’s Seed by their enslavement in Egypt. The Biblical prophecy reads:

“And he said unto Abram, Know of a surety that thy seed shall be a stranger in a land that is not theirs, and shall serve them; and they shall afflict them four hundred years; And also that nation, whom they shall serve, will I judge: and afterward shall they come out with great substance.” —Genesis 15:13-14.

It would seem that anyone wanting to defend the present people who call themselves the Children of Israel would fight Minister Farrakhan on this issue of the historical accuracy of the Exodus, given that it is the belief at the very foundation of their claim to the state of Israel.

Since his lecture in Atlanta a number of Jewish leaders like Morton Klein (President, Zionist Organization of America), Abraham H. Foxman (President, Anti-Defamation League), Rabbi Abraham Cooper (Associate Dean of the Simon Wiesenthal Center), Michael C. Kotzin (Executive Vice President of the Jewish United Fund) and Dr. Harold Brackman (historian and consultant to Simon Wiesenthal Center) have written and spoken against the Minister by calling him names and questioning the accuracy of the newly published books by the Nation of Islam‘s Historical Research Department. However, in none of these “rebuttals” to the Minister have they contested his most potent statements that strike at the heart of the whole issue of the Jews being the “Children of Israel”—who, according to the Bible, were enslaved in Egypt and then delivered from Egypt by Moses. 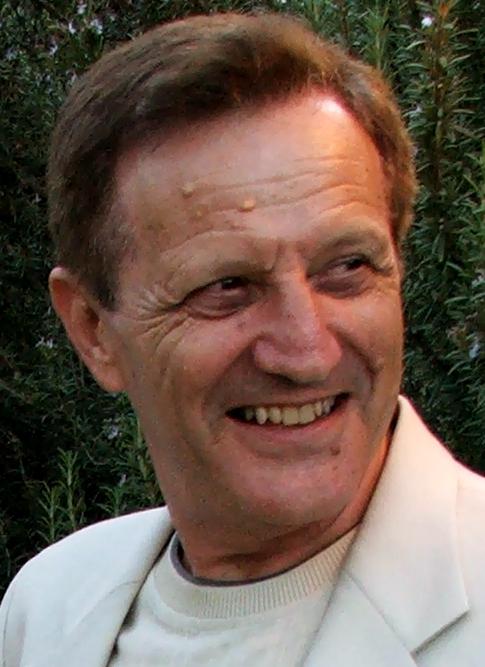 On the other hand Minister Farrakhan has found Jewish scholars who he agrees with in their serious questioning of the historical accuracy of the Exodus. Among these Jewish scholars are Prof. Ze’ev Herzog, Rabbi David J. Wolpe, and Shlomo Sand, whose works have rocked the foundations of the Exodus story.

Why have the Jewish leaders refused to challenge the Minister or their own Jewish scholars on this issue? Could it be because there are serious discussions among Jewish and non-Jewish scholars as to whether the Exodus ever happened, at all? The tip of this scholarly iceberg broke in 1999 when Prof. Ze’ev Herzog of Tel Aviv University announced: “the Israelites were never in Egypt, did not wander the desert, did not conquer the land, and did not pass it on to the twelve tribes.” But the reader may argue that in the 1956 movie “The Ten Commandments” Charlton Heston, who portrayed Moses, used his rod to bring on the plagues against Egypt, and finally to part the Red Sea and drown Pharaoh and all of his army. But one of America’s most prominent rabbis was bold enough to state that Heston may have been promoting a pure fiction. David J. Wolpe is the rabbi of Sinai Temple (Los Angeles, California) and was named the “#1 Pulpit Rabbi in America” by Newsweek (2008). He is considered a leader of the Conservative Jewish movement and he became assistant chancellor at the Jewish Theological Seminary of America in New York.

On Passover 2001, Wolpe told his congregation that “the way the Bible describes the Exodus is not the way it happened, if it happened at all.” Wolpe argued that no archeological digs have produced evidence of the Jews wandering the Sinai Desert for forty years, and that excavations in Israel consistently show settlement patterns at variance with the Biblical account. 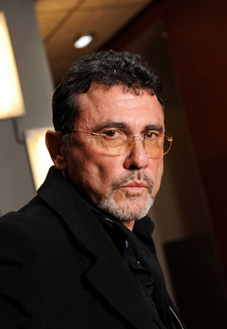 Shlomo Sand, a professor at Tel Aviv University in Israel, wrote a revealing book in 2008 titled The Invention of the Jewish People, wherein he states: “The ancient Egyptians kept meticulous records of every event, and there is a great deal of documentation about the kingdom’s political and military life. …Yet there is not a single mention of any “Children of Israel” who lived in Egypt, or rebelled against it, or emigrated from it at any time.”

Dr. Sand points out that there is no archaeological evidence of any mass migration of people through the Sinai desert, neither any evidence of the mass destruction of cities in Palestine during the supposed conquests of Joshua. He further points out that the very land that the Biblical Children of Israel supposedly settled in was occupied and controlled by the Egyptians before and after the dates generally ascribed to the Exodus legend.

In fact, Jan Assmann, a prominent Egyptologist at Heidelberg University, is quite positive in his writings that the Exodus story is an “inversion” of the Hyksos invasion and subsequent expulsion. The Hyksos were an Asiatic tribe who did not speak Hebrew, did not call themselves Israelites, but did have kings with the name “Jacob” as part of their names. Dr. Assmann further states that Moses was an Egyptian. He says that Jewish scholars in the 7th Century BCE changed the story from “expelled” to “escaped” and as a further insult to their enemy, Ahmose, the King that kicked them out, changed and misspelled his name to Moses, presenting him as leader of a Hebrew revolt. Likewise, Donald B. Redford, of Toronto University, presents evidence that the Expulsion of the Hyksos from Egypt by Ahmose was inverted to construct the exodus of the Hebrew slaves story in the Torah and Old Testament. His book Egypt, Canaan, and Israel in Ancient Times won the 1993 Best Scholarly Book in Archaeology Award of the Biblical Archaeological Society.

John Romer in his 1988 book, Testament: The Bible and History, also describes how the Hyksos expulsion was the only known “exodus” from Egypt. He wrote that “The victory inscriptions of these southern pharaohs tell us they threw these foreigners out of Egypt then pursued them to Canaan and beyond. And this is the only foreign mass-migration, an exodus from ancient Egypt, for which there is any evidence at all in the archaeological records.”

Donald B. Redford points out that the archaeological investigations of the places named in the Exodus story did not even exist at the time described in the Bible. He theorizes that the author of the Exodus tradition used place names that were current in his time nearly a thousand years later.

The revelations of these scholars raises the question, “Did the Exodus Ever Happen?” a most intriguing geo-political question. This issue is highlighted by recent statements by Harold Brackman and Abraham Cooper in the September 23, 2010, edition of The Washington Times, where they ask Palestinian President Mahmoud Abbas: “Why does the Palestinian Authority continue to teach its children that Jews don’t have any historic connection to the Holy Land?” Again, maybe Brackman and Cooper need to reflect on the work of their own Jewish scholars who agree with the Palestinian Authority instead of the wishful thinking of armchair Zionists who want to use the Bible for a claim on the Palestinian’s land.

Since recent archaeological and historic findings seriously question the identity and history of the Jews who claim to be “God’s Chosen People”, then could it be, as the Honorable Elijah Muhammad has taught us and Minister Farrakhan has so boldly pronounced, that the Black man and woman who have been enslaved and afflicted in America for 400 years fit the description of the “Children of Israel”? It seems that a new “Secret Relationship between Blacks and Jews” has emerged where Jewish scholars have supplied invaluable information needed by Blacks to confirm that the Honorable Elijah Muhammad was “right and exact” and have a right to some of the territory in which they were “afflicted for 400 years.”

(Dr. Ridgely A. Mu’min Muhammad, Agricultural Economist, National Student Minister of Agriculture and Farm Manager for Muhammad Farms. He can be reached at drridge@noimoa.com.)