Frederick Law Olmsted was a landscape designer whose most notable project was New York’s iconic Central Park. Olmsted traveled through the plantation South and wrote a detailed account of his observations. In his 1856 travelogue titled A Journey in the Seaboard Slave States; With Remarks on Their Economy, Olmsted recounts his discussion with a slave who is driving his horse and buggy. They discuss something whites NEVER, EVER, EVER talk about with Black slaves–FREEDOM. In 1856, our Brother–in the deep darkness of slavery, and through Olmsted’s tortured “negro dialect”–has a yet more enlightened view of freedom, land, work, family, and life than we do in 2017! Read for yourself : 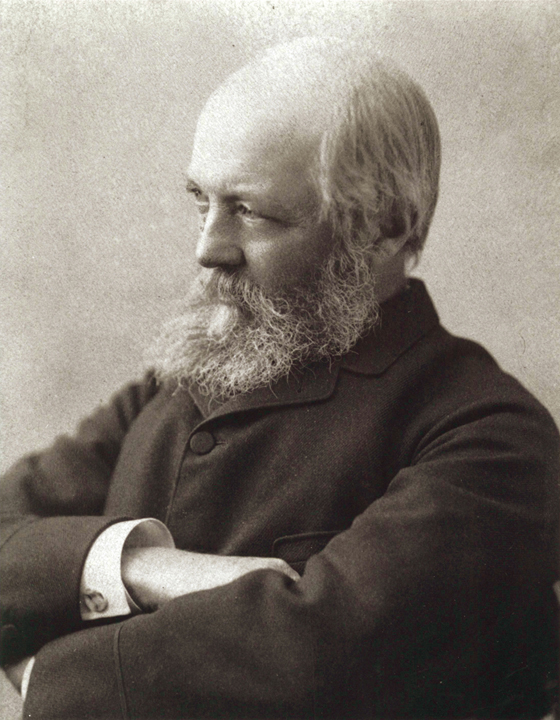 When I left Mr. R.’s, I was driven about twenty miles in a buggy, by one of his house servants. He was inclined to be talkative and communicative; and as he expressed great affection and respect for his owner, I felt at liberty to question him on some points upon which I had always previously avoided conversing with slaves. He spoke rapidly, garrulously; and it was only necessary for me to give a direction to his thoughts, by my inquiries. I was careful to avoid leading questions, and not to show such an interest as would lead him to reply guardedly. I charged my memory as much as possible with his very words, when this was of consequence, and made the following record of the conversation within half an hour after I left him.

After a moment’s pause, he inquired-very gravely, again: ” Why is it, massa, when de brack people is free, dey wants to send’em away out of dis country?” The question took me aback. After bungling a little–for I did not like to tell him the white people were afraid to have them stay here–I said that it was thought to be a better place for them there. He replied, he should think, that, when they had got used to this country, it was much better that they should be allowed to stay here. He would not like to go out of this country. IIe wouldn’t like even to go to Virginia now, though Virginia was such a pleasant country; he had been here so long, seemed like this was the best place for him to live.

To avoid discussion of the point, I asked what he would do, if he were free? “If I was free, massa; if I was free (with great animation), I would —well, sar, de fus thing I would do, if I was free, I would go to work for a year, and get some money for myself,-den-den-den, massa, dis is what I do-I buy me, fus place, a little house, and little lot land, and den-no; den-den-I would go to old Virginny, and see my old mudder. Yes, sar, I would like to do dat fus thing; den, when I corn back, de fus thing I’d do, I’d get me a wife; den, I’d take her to my house, and I would live with her dar; and I would raise things in my garden, and take’em to New Orleans, and sell’em dar, in de market. Dat’s de way I would live, if I was free.”
… He was going on enthusiastically, when I asked: “Well, now, wouldn’t you rather live on such a plantation than to be free, William?” “Oh! no, sir, I’d rather be free! Oh, yes, sir, I’d like it better to be free; I would dat, master.” “Why would you?” “Why, you see, master, if I was free–if I was free, I’d have all my time to myself. I’d rather work for myself. Yes. I’d like dat better.” “But then, you know, you’d have to take care of yourself, and you’d get poor.”
“No, sir, I would not get poor, I would get rich; for you see, master, then I’d work all the time for myself.”
“Suppose all the black people on your plantation, or all the black people in the country were made free at once, what do you think would become of them?–what would they do, do you think? You don’t suppose there would be much sugar raised, do you?”
“Why, yes, master, I do. Why not, sir? What would de brack people do? Wouldn’t dey hab to work for dar libben? and de wite people own all de land–war dey goin’ to work? Dey hire demself right out again, and work all de same as before. And den, wen dey work for demself, dey work harder dan dey do now to get more wages–a heap harder. I tink so, sir. I would do so, sir. I would work for hire. I don’t own any land; I hab to work right away again for massa, to get some money.”
Perceiving from the readiness of these answers that the subject had been a familiar one with him, I immediately asked: “The black people talk among themselves about this, do they; and they think so generally?” “Oh! yes, sir; dey talk so; dat’s wat dey tink.” “Then they talk about being free a good deal, do they?”
“Yes, sir. Dey-dat is, dey say dey wish it was so; dat’s all dey talk, master-dat’s all, sir.”
His caution was evidently excited, and I inquired no further.