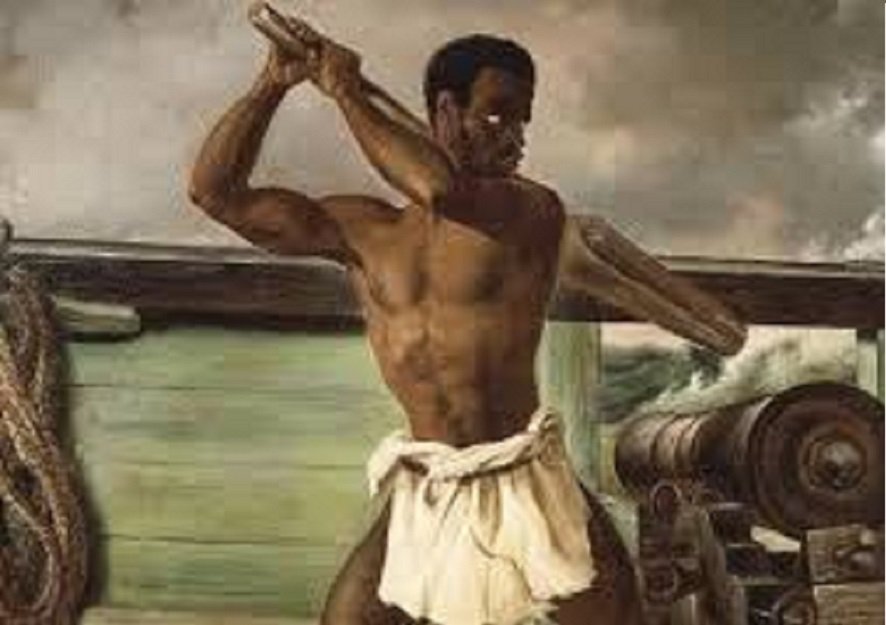 Madison Washington was an enslaved cook who escaped from slavery not once, but twice. He led the Creole slave revolt in which 18 black slaves overtook the slave ship, the Creole in November 1841. The uprising resulted in freedom for 128 slaves.

Just 7 months after the Amistad Supreme Court decision was rendered, another remarkably similar incident sailed into the American consciousness. The slaveship Creole left Virginia in October of 1841, heading for Louisiana with 135 Black slaves and 19 White crew and other passengers. For eleven days it made its way down the coast. When it neared the Bahamas nineteen Black freedom-fighters emerged from the ship’s hold and overtook the White crew, killing at least one of their captors. The ship was commandeered into the British port of Nassau, where it was seized by the British military, and the 19 Black “mutineers” were arrested. Black islanders, hearing of the incident, surrounded the ship with as many as 50 of their boats and freed the remaining Black captives.

Those freedom-loving Americans who had just “freed” the Amistad Africans, were now outraged that the British had “freed” the Creole Blacks. Some actually tried to retake the ship and its Black cargo, but they were met by British muskets and hastily retreated. The United States demanded compensation. Politicians, newspapers and common citizens condemned the British action, saying that it encouraged mutiny and murder. Some even suggested that the British action might provoke yet another war. Secretary of State Daniel Webster demanded the return of the “mutineers.” Britain, instead, “freed” the 19 Black freedom-fighters. 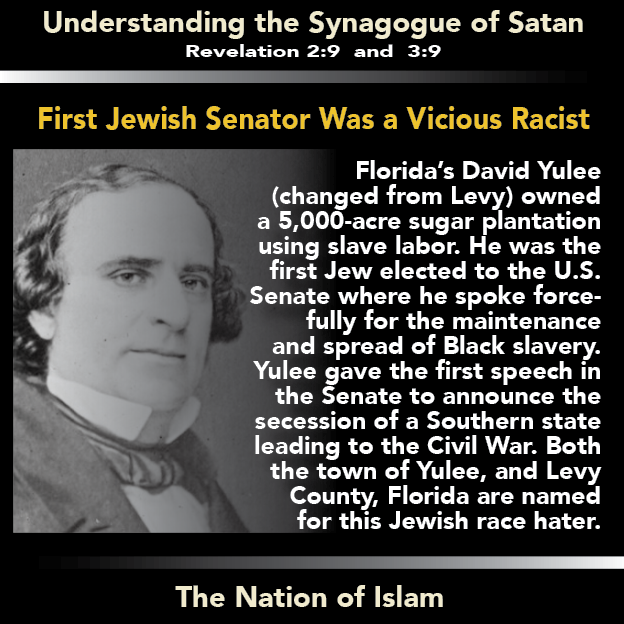 Though this story is eminently more dramatic, such history could never be twisted into a Hollywood script–the only heroes are Black. Britain subsequently ruled that their Bahamian officials had acted improperly and should have returned the slaves to America. In 1855, the American owners of the Black slaves were awarded $110,330 by Britain to cover the cost of their lost “property.” The Blacks of the Bahamas and the Blacks they rescued from slavery were the only heroes in the entire incident.

But there is a more compelling reason the much more dramatic case of the Creole could not fit the Spielberg/ADL agenda. In 1843, an outraged senator took a special interest in the Creole case. He stood in the Senate gallery and declared that the Creole Africans were:

“blood-stained murderers and pirates [who] were shielded from the punishment due to their crimes, under circumstances that would have richly justified a declaration of war.”

The senator? David Levy Yulee — the first Jew ever elected to the United States Senate. 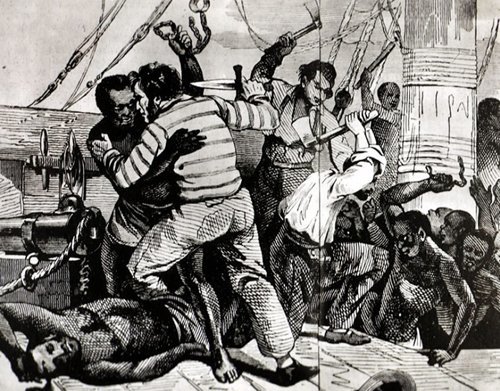 For more information on the Creole Affair, see: